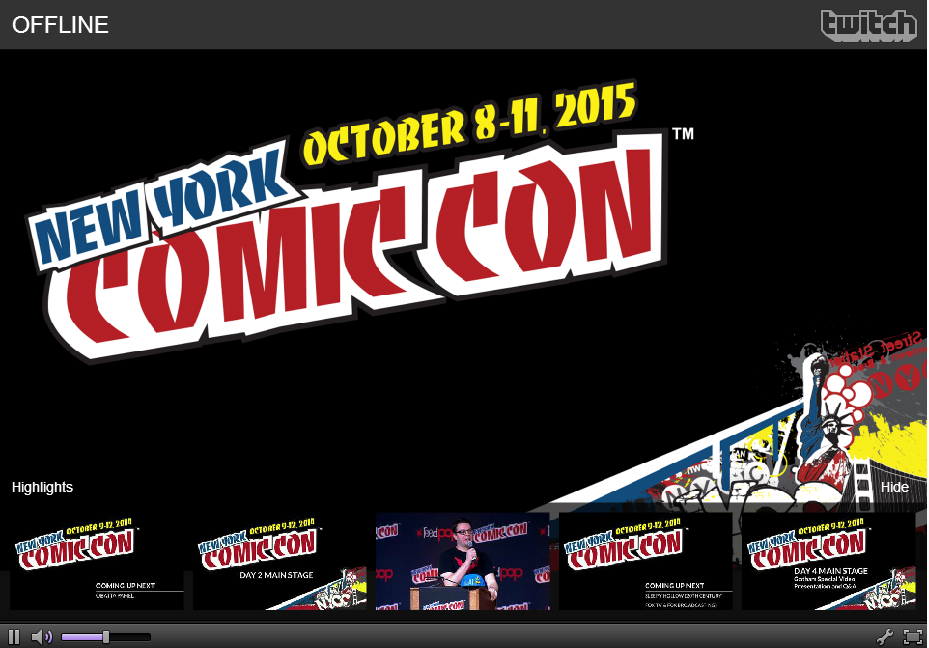 It’s the most obvious solution to convention overcrowding – livestream the panels so everyone can see, and not have to spend the whole day in line for that one thing. Star Wars Celebration did it earlier this year, and now NYCC is following suit. It’s time for San Diego to get with the program and do likewise.

But wait: won’t that decrease ticket sales? I say no, and here’s why:

Firstly, major sporting events are “livestreamed” on TV all the time. It hasn’t stopped people going to see them in person. The experience is simply different. If all somebody want as a webmaster is to hear a celebrity slip up and reveal a new project so they can report on it right away, then yeah, maybe you lose their ticket (which was probably a free press pass anyway). But these shows always sell out before everyone who wants a ticket has one – and to that person who wants to see their favorite creator live, get an autograph, maybe ask a question, purchase exclusive swag and interact with fellow fans, the in-person experience will always be worth it. It’s not like Twilight fans didn’t know what was going to happen in every movie, yet they were the first to camp out in San Diego to see their favorites live.

Secondly, the exclusive footage usually does not appear on the livestreams. In-person crowds see it first.

Thirdly, people who are actually there and don’t get in can still at least enjoy the panel vicariously while grabbing an all-important snack to sustain them after the fruitless hours in line.

This isn’t a simple solution to ease the overcrowding; certainly, announcing it before tickets went on sale would have helped. But it’s a step in the right direction to bring conventions back to the fans who care most about them, and it’s also improved exposure for the panels that might otherwise lose out because 90% of fans want to see the new X-Files premiere instead of hearing an artist promote their new book.

SDCC, you need to be next. Embrace it.