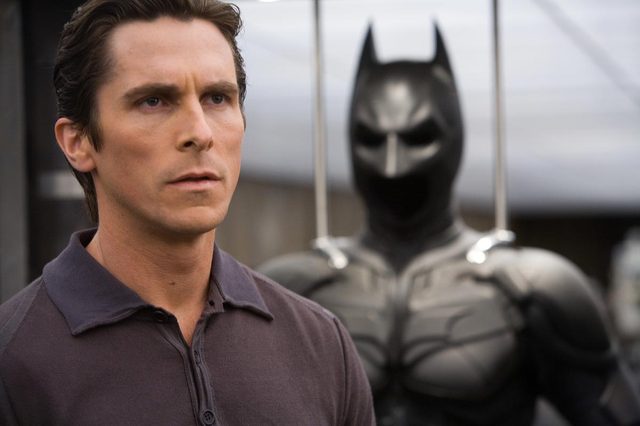 Entertainment Tonight asked Christian Bale about probably the dumbest Batman v Superman rumor I could have ever dreamed up, even if I had a 104 degree fever and Grant Morrison was my nurse. When asked if he was secretly prepped to return for the new cycle of Justice League movies, rather than tell the interviewer “No. That’s stupid. You’re stupid. Stop being stupid,” he said “I haven’t heard it…I think it’s pretty clear that Ben is playing Batman now.” Head through to the next page for a summary of this incredibly…something…theory.

Hang on to your butts, gang. This one is a doozy.

I’m only linking to it because you have to see it in all its scrawled, chattering glory, but the basic gist of it is this: John Blake (Joseph Gordon-Levitt from Dark Knight Rises) is the Joker in Suicide Squad, because Robin JOhn blaKE, see? It’s spraypainted right there on Robin’s suit in the trailer. If you circle it just right, and only capitalize the letters that confirm your idiotic theory, then it’s clear that he’s the new Joker because it spells RJOKE. AND dun dun duuuuuuuuuuun BATMAN IS DEATHSTROKE because one time Deathstroke was dressed as Batman on a cover of an Outsiders comic. So LOGICALLY that makes Jeremy Irons actually Wintergreen. And really, if you think about it, the V in Batman V Superman Dawn of Justice makes more sense as the ROMAN NUMERAL FIVE! Because it’s the fifth movie in the series – Batman Begins, The Dark Knight, The Dark Knight Rises, Batman 4: Man of Steel, and finally Batman 5: Superman Dawn of Justice.

I saw a Sandy Hook Truther call this theory “far-fetched” on Facebook. Go read it and burn out your brain for the rest of your Friday.