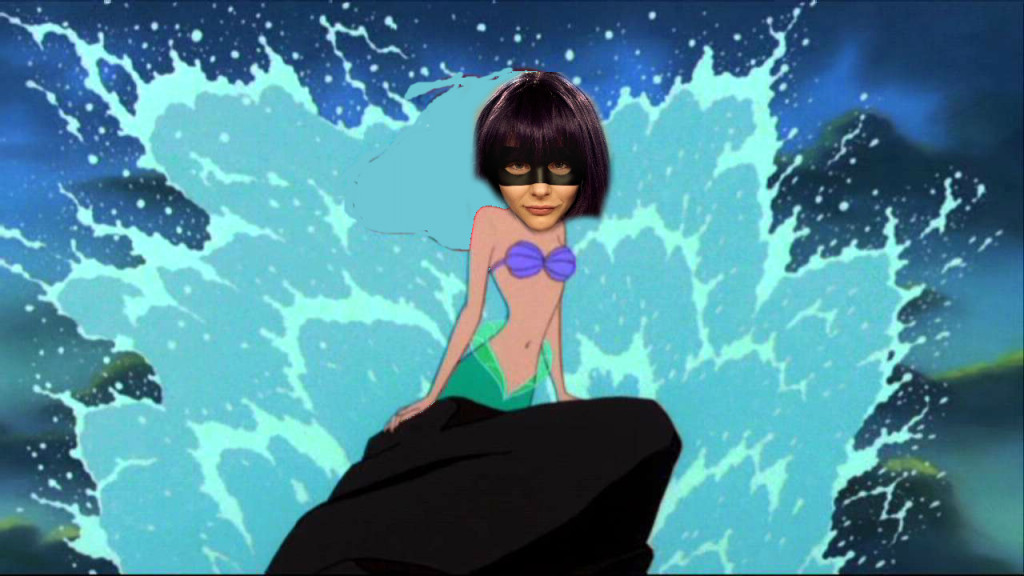 I’ve been telling you all along that this is why studios tend to do “dark reimaginings” of fairy tales and public-domain stories like Oz rather then being true to the source: when you can’t copyright something, your competitors will hop on the bandwagon of a lucrative idea. And so it is that since Disney is raking in the money from its live-action remakes of animated features, Universal is doing their own adaptation of the original Little Mermaid, with Kick-Ass‘ Chloe Grace Moretz as a fish-tailed girl who will probably not be named Ariel.

Now, the original Little Mermaid story is dark as hell – she feels like she’s getting stabbed with knives every time she takes a step on land, she has her tongue cut out, and then kills herself when the prince picks another woman over her. Disney’s penis-shaped towers are mild by comparison.

In today’s franchise culture I can’t imagine they’ll kill her and preclude a sequel – but wouldn’t it be cool if…?