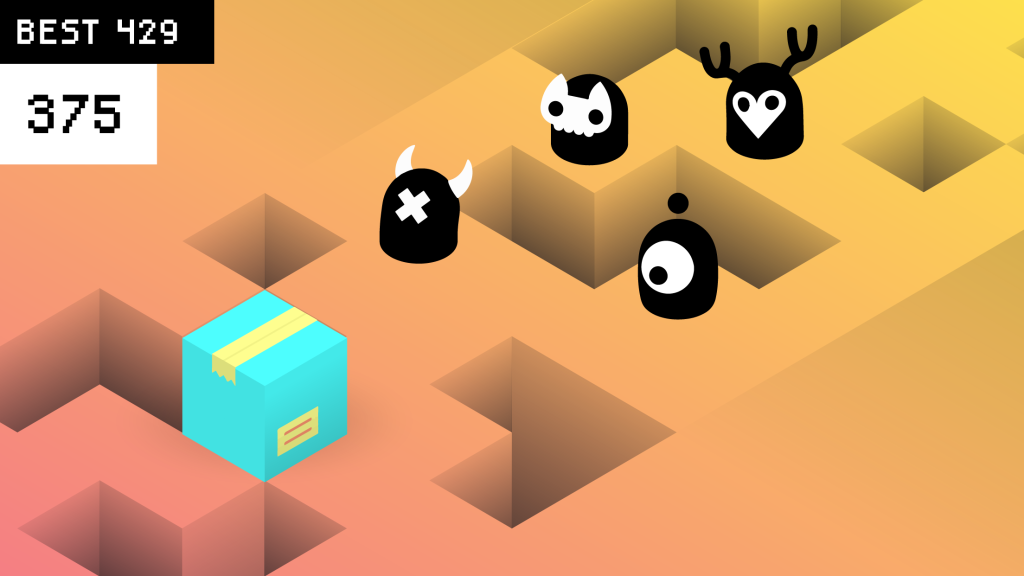 We’ve shown off the work of independent animator Eoin Duffy before, and it is generally deceptively simple in style, usually with super-dark, depressing themes underneath. But when we heard he was going to toss it all to go into video game design, we thought, hey, maybe this will be his true joy, and those heinously sad undercurrents in his work might disappear.

On first glance, you might think so. But soon the truth seeps in.

Then you read the press notes:

Boxy the Box is a game by independent animator Eoin Duffy. After Eoin’s animation career skyrocketed in 2014, Eoin decided to abandon logic, switch gears, and consider a side career in game dev. Void of original ideas Eoin chose to further explore an old project from 2012. The project was his first and only venture into game design. So utilizing all his free time (which he’d normally spend with his many friends who exist) Eoin tinkered, heaved & hoed – finally regurgitated a concept that by this time was no longer fresh and new. Delusionally happy with this result, Eoin released the game on the 29nd of October 2015 into an overly saturated games market.

I am glad he has many friends who exist. I hope they monitor his medicine cabinet every night.

Get Boxy the Box, if your brain chemicals can handle it.