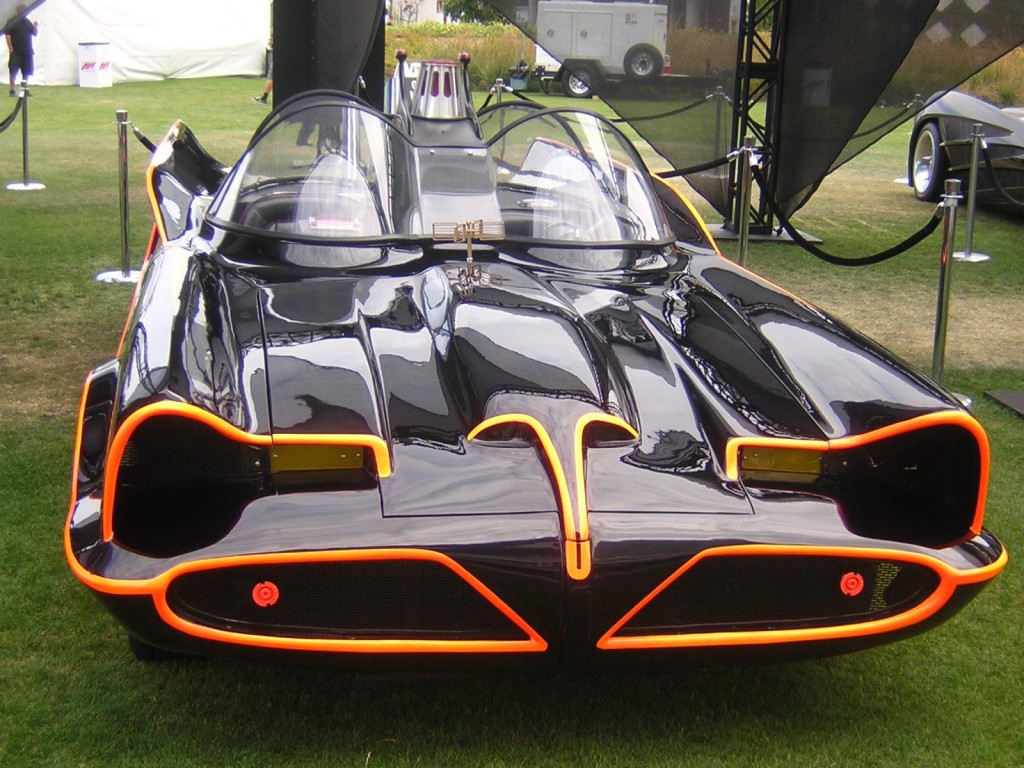 Batman will never have ride with that kind of staying power again. The Tumbler lasted three movies, while the comics constantly redesign. Barris’ modified Lincoln Futura may have only been on TV three seasons, but it – and slightly tweaked versions – remained the sacred paradigm well into the ’80s, as the Batmobile in Kenner’s Super Powers line – and its attendant cartoon – was extremely similar. Only Frank Miller’s tank in The Dark Knight Returns really started giving people artists permission to change it more radically.

Barris’ auto-shop is just down the street from my house, and every time the neighborhood had a street fair, he would bust out his personal Batmobile for photo-ops. Nobody ever had to ask what it was. He also designed vehicles for Michael Knight, the Munsters, the Beverly Hillbillies and more.