Menu
Home
>
Books
>
His Dark Materials, a.k.a. The Golden Compass, to Be Rebooted by the BBC 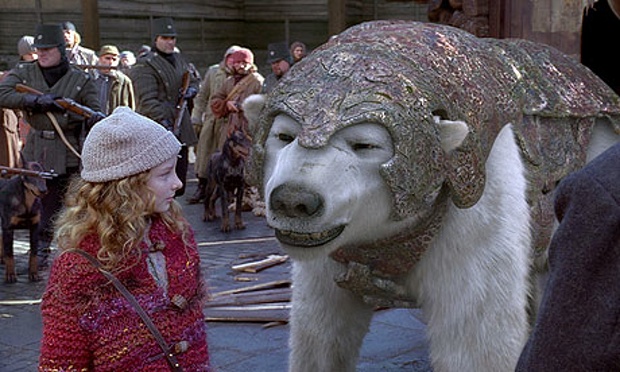 While this is probably the way the series should have been done all along, let’s remember that the movie came out in 2007, meaning they probably started around, oh, 2004 or so. And Doctor Who didn’t even get its revamp on air until ’05. There would have been little indication the BBC could handle the visuals to do Philip Pullman’s books justice. And now, former Doctor Who producers are going to try.

This new attempt to adapt His Dark Materials is the first commission for production company Bad Wolf, run by former Doctor Who producers Jane Tranter and Julie Gardner.

Author Pullman is on board and will executive produce the new BBC1 series alongside Tranter and Gardner, as well as New Line Cinema.

“It’s been a constant source of pleasure to me to see this story adapted to different forms and presented in different media. It’s been a radio play, a stage play, a film, an audiobook, a graphic novel — and now comes this version for television,” Pullman said. “I’m delighted at the prospect of a television version of ‘His Dark Materials.’ I’m especially pleased at the involvement of Jane Tranter, whose experience, imagination, and drive are second to none. As for the BBC, it has no stronger supporter than me. I couldn’t be more pleased with this news.”

Aside from budget, the other major difficulty in adapting the trilogy of books is just how different each one is, with a different primary character and world each time, and how frankly unlikeable and uninteresting the initial protagonist Lyra is. Only in the third book, when Pullman reveals all his cards and lays the anti-religion allegory on thick do things start to get truly compelling. And everything I’ve just said is why Hollywood was never going to follow through on the whole deal; they couldn’t even give the first film a proper ending. (To be fair, they also botched the more overtly religious and likeable Narnia series, though that at least made it to three installments before withering on the financial vine.) BBC adaptations tend to be faithful, and can afford to be – paid for by taxes, they’re not subject to viewer whims or advertisers pulling out.

So if you don’t like atheist armored polar bears…change the channel, I guess.