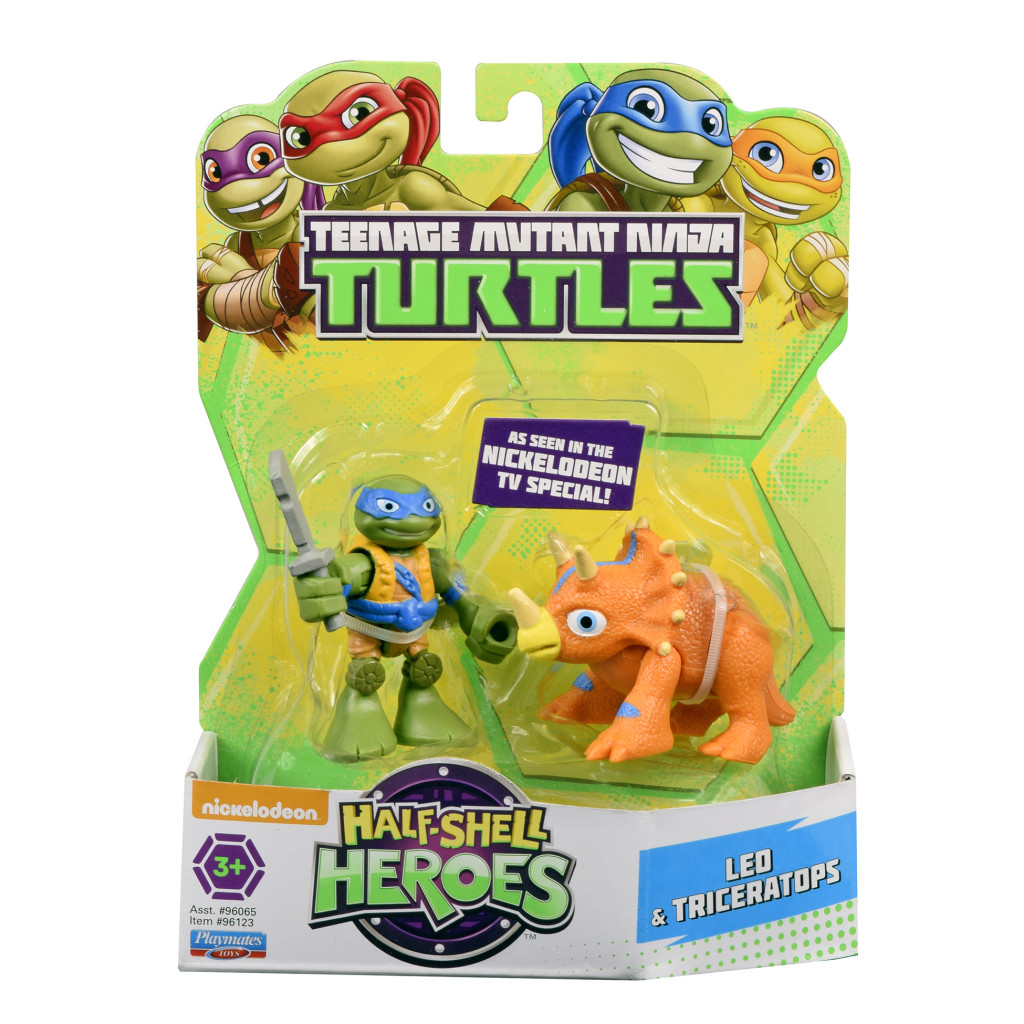 Turtles! Ninja Turtles!
They’re the modern stone-age TMNT
From the! Sewers of New York!
And the party dude is named Mikey 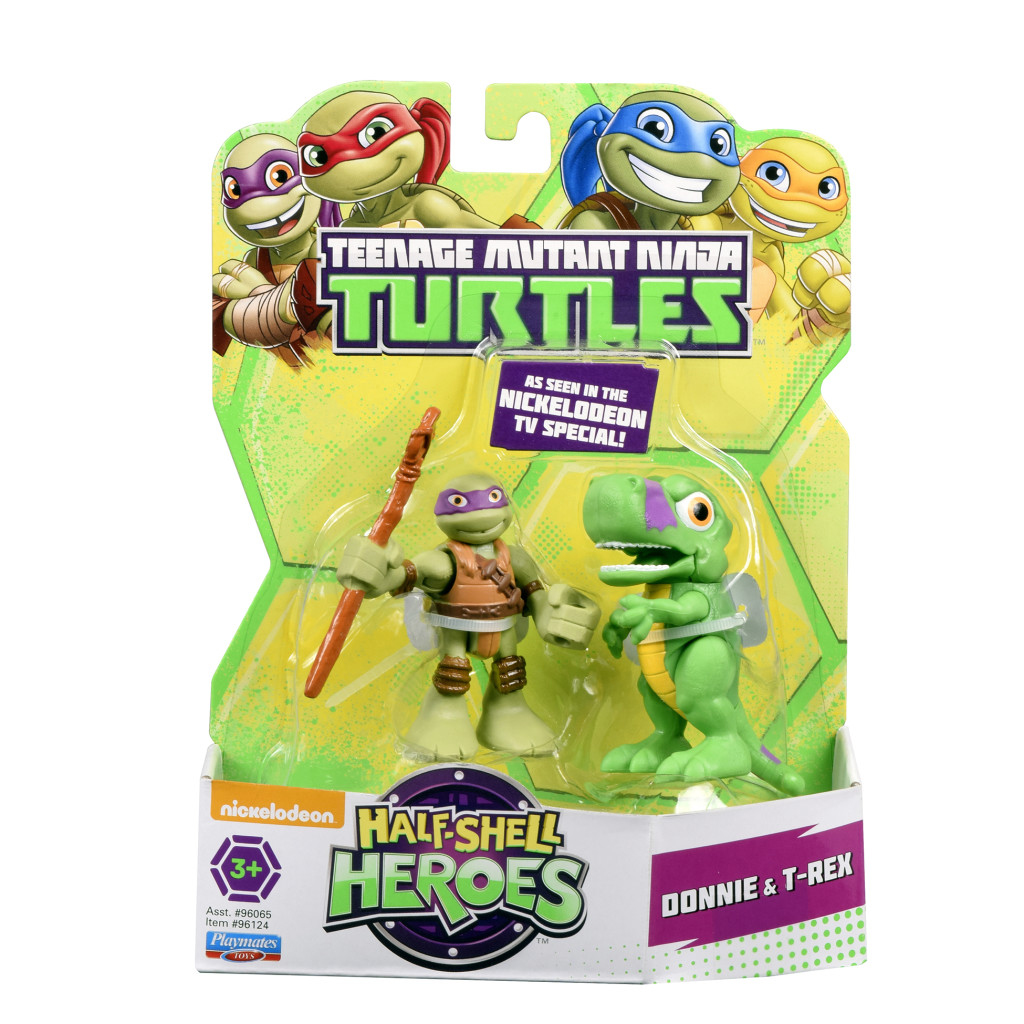 On Sunday, November 22, an all-new TV special, titled Half-Shell Heroes: Blast to the Past, will air on Nickelodeon. The one-hour special takes the Half-Shell Heroes back in time to a prehistoric era for a wild adventure. The Turtles and their pizza-loving prehistoric pets must stop a sinister alien dino race from changing the Earth’s future forever.

To coincide with the new TV special, Playmates Toys, the company behind the popular Teenage Mutant Ninja Turtles toy line, is introducing a collection of dino-themed toys. Kids will now be able to re-create adventures seen in the TV special or they can let their imaginations run wild to create their own adventures with the Turtles and their new dinosaur friends!

Kids? Imagination? These are concepts toy companies still think about?

And is Mikey wearing a cat on his head, or just cosplaying as Donald Trump? 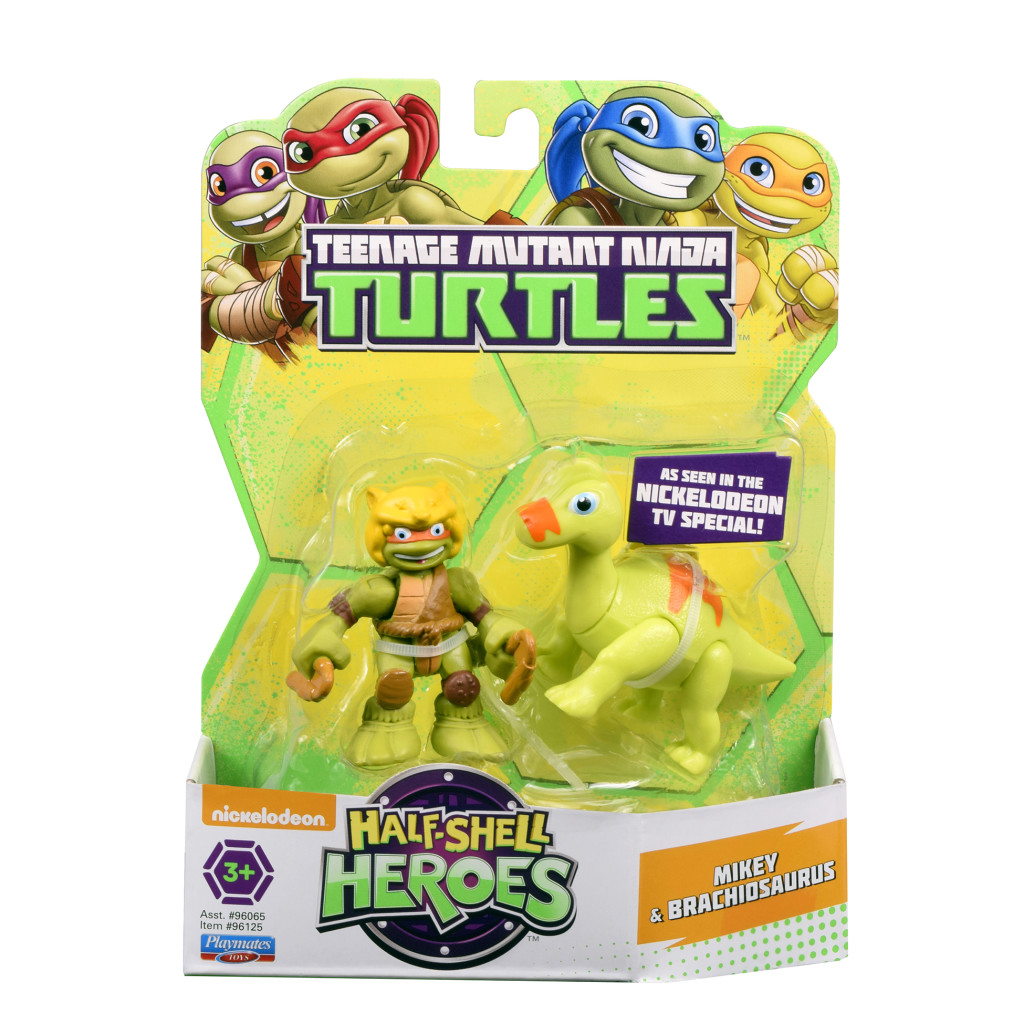 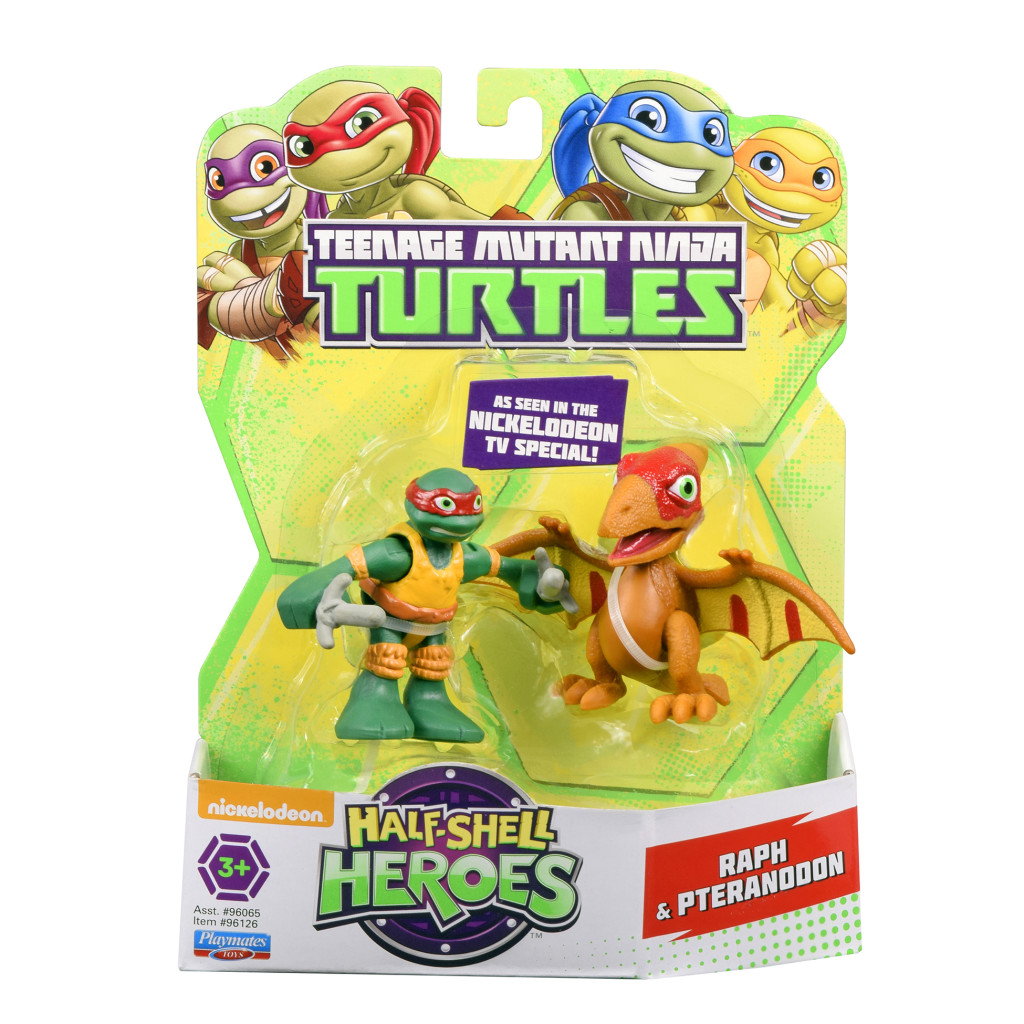 Also: I think this is how “Toy Story That Time Forgot” begins.