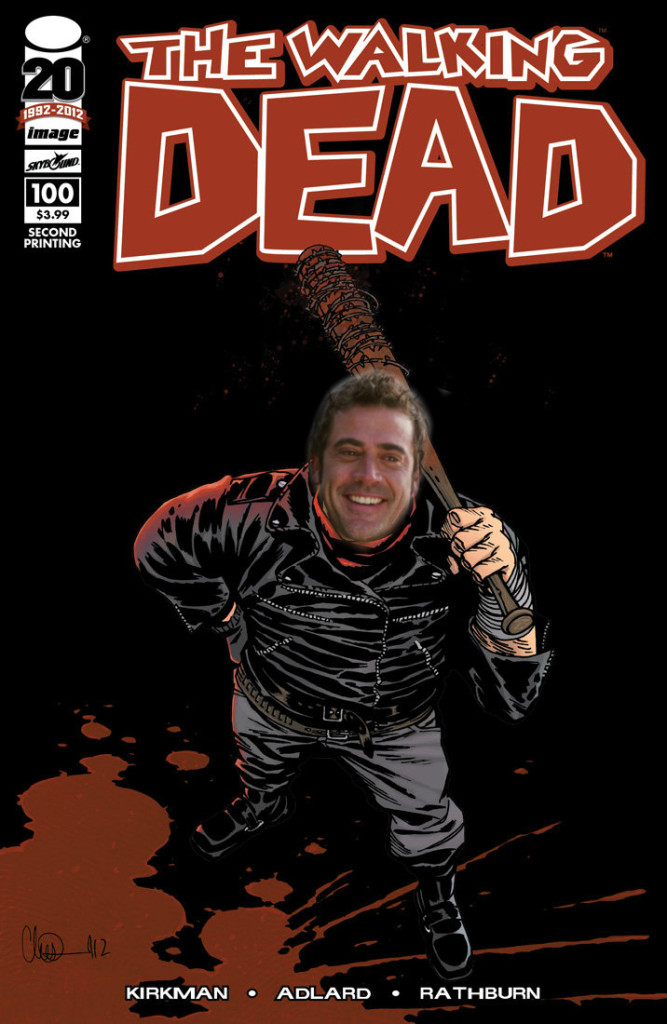 No stranger to comic book adaptations, Jeffrey Dean Morgan of Watchmen, The Losers and Batman V Superman: Dawn of Justice is about to trade in his guns for a barbed wire bat. Kevin Durand and Jon Hamm were previously rumored for the role, while the actual character in the comics was drawn based on Henry Rollins, who would probably have been available too. While Morgan often plays morally ambiguous characters, this one is an out and out villain – and one of the main reasons some people are holding out hope that Glenn is alive, so that Negan can be the one to deal with him as in the comics.

Ironically, he also poses the biggest censorship challenge for the series thus far: while The Walking Dead has vastly expanded the amount of gore and blood that can be shown on basic cable, gratuitous profanity of the sort Negan is known for is generally a no-no. As Comedy Central has repeatedly proven, it’s not banned per se, but there’s a strong risk of unbundling from basic cable for any network that pushes things too far in that direction, and beeps would be weird on a non-documentary show.

Eff that shizz, am I right? We’ll find out soon, as Negan is expected to debut on the current season finale.