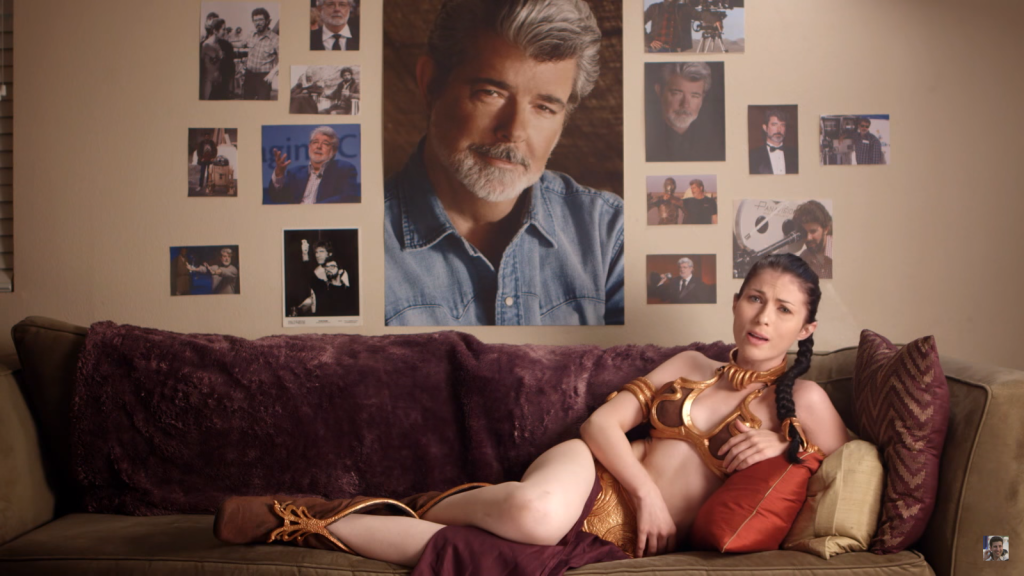 The best thing about Scott S. Kramer’s song parody is that his pal Joshua Elson sings and plays it really well.

Yes, the lyrics are on point about kids preferring the prequels, adults needing to forgive George Lucas, and the perils of online ticketing. But assuming one is not doing the Shatner rendition of “Rocketman,” none of that would matter if the singing were terrible.

And NOW, Mr. Kramer, you may Shatner it for an encore.