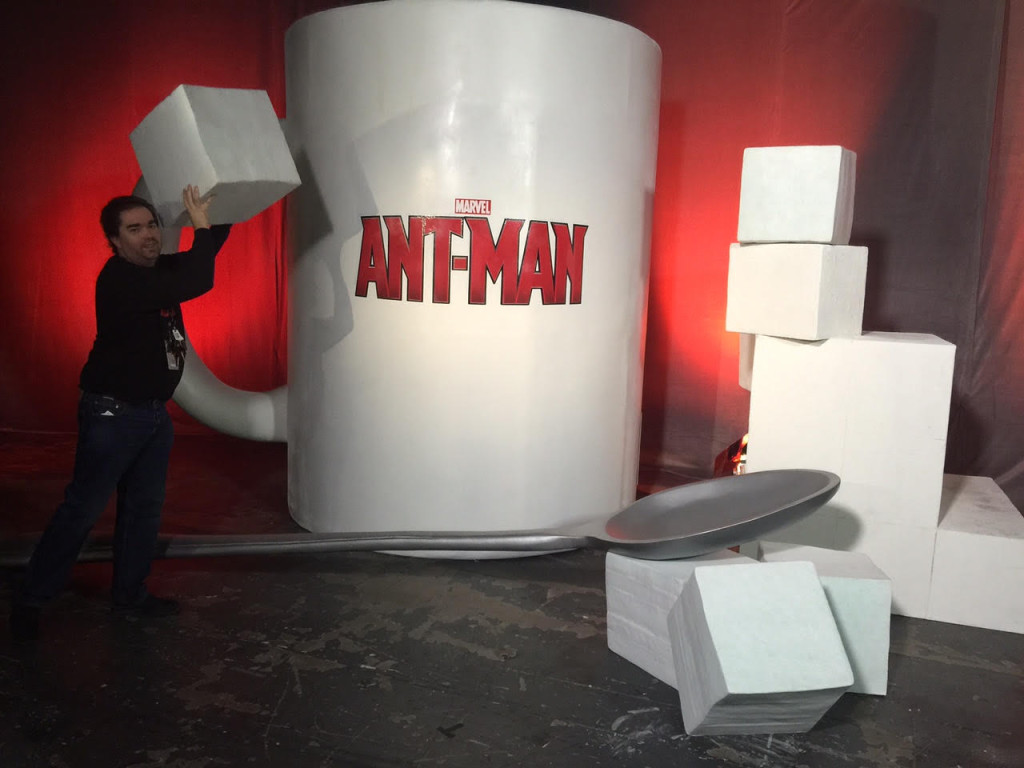 Marvel’s Ant-Man comes out on Blu-ray tomorrow, and it’s a whole lot better than we had any right to expect, given its troubled history of going from Edgar Wright auteur project to franchise building-block setting up Captain America: Civil War. Yet director Peyton Reed, known for light comedies like Bring it On and Down With Love, brought his easy touch to the project, and in the end managed to pull off one of the most purely fun superhero movies in quite a while.

I recently had the chance to catch up with Reed and his production designer to see how they made the magic happen.

1. Thomas the Tank Engine May Not Murder. 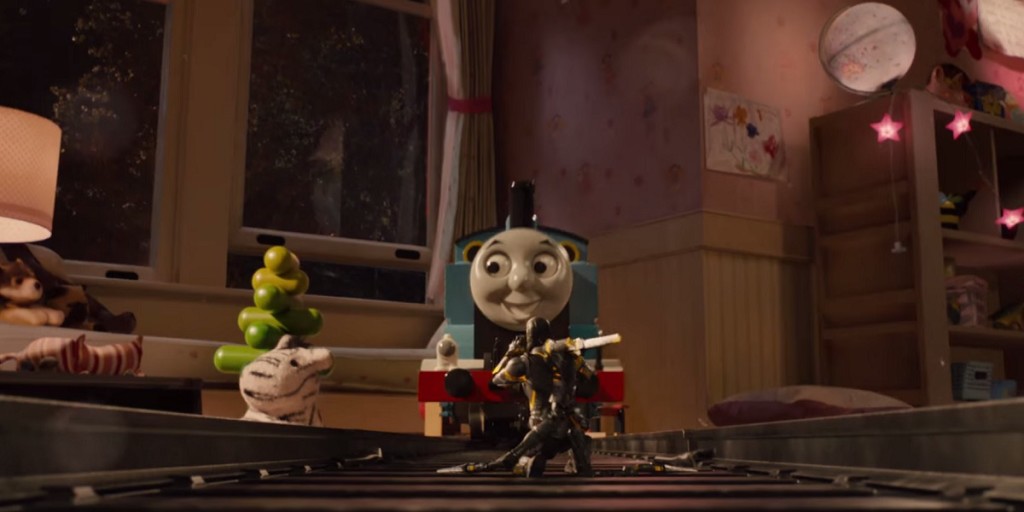 Luke Y. Thompson: Was Thomas the Tank Engine always in the script, and if so, how many conversations did it take to acquire the rights?

Peyton Reed: Uh, the train sequence – the battle in Cassie’s bedroom with the train – was always in the earliest draft – in Edgar Wright and Joe Cornish’s original drafts – so that was always there, and an amazing, brilliant thing. We did not secure the rights to Thomas until when we were prepping the movie. I remember being down in Georgia and having these conversations and sending them the script pages and everything. Fortunately for us, they loved it.

Their only concern was they didn’t want anything where Thomas was deliberately running over somebody, or if there was someone tied to the tracks, and Thomas was going to be killing somebody. It made sense in the context – it was never in the draft anyway. But it made sense – they really liked the idea of how we dealt with Thomas, and actually that he takes out the bad guy – he takes out Yellow Jacket.

2. Hank Pym May Not Wife-Beat…But You Never Heard That From Disney. 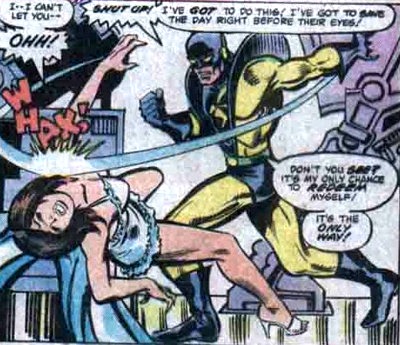 LYT: Along similar lines, Hank Pym in the comics has some certain negative characteristics associated with him. Were there restrictions by Disney as to what aspects of that you could get into?

PR: Umm, if there were – we never really wanted to deal with that one particular issue that I believe you’re talking about, and the thing that I think has gotten a lot of undue attention to it. That was never our conception of Hank Pym in the movie. We wanted to create a Hank Pym who’s a complicated character. He actually has anger issues in the movie – he has a fiery temper – and has, obviously, a strained relationship with his daughter. But we never heard anything from Disney or Marvel about our Hank Pym. To me, it was the fact that we had Michael Douglas playing Hank Pym, and you want that guy to be a really complex character. But no – we never heard anything from Disney. 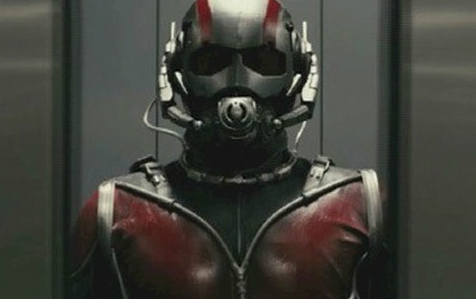 LYT: There was also a bit of a perception that he’s speaking for the old guard of superhero movies when he said “No, we’re not ready for a woman, we’re not ready for female superheroes yet – it’s not your time.” Was any of that conscious, or is that just a reading that fans brought to it themselves?

I think his – any notion of holding his daughter back is about him being an overprotective father, and also not really sort of realizing her value as a hero, until the end of this, because she’s clearly the more capable person to take care of the issue in the movie, but he can’t see it yet. That’s part of his arc in the movie, is getting to a point at the end where he can see her value as a hero, and sort of stop protecting, and realizes he’s got to let her be who she’s going to be.

PR: Well, I think she’s absolutely speaking for herself in that moment, but yeah – I think that that phrase definitely resonates in the larger context of superhero movies. It is about damn time that there’s a female hero.

4. It Still Has the Wright Stuff. 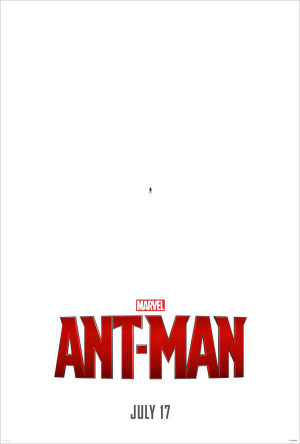 LYT: How far along was it when you came on board? Did you change it a whole lot, or was a lot of it intact? Was it weeks away from shooting, so you had to just scramble a little bit?

PR: It was months away from shooting, but we changed quite a bit. As I came on, Adam McKay and Paul Rudd were starting their rewrites, so we did several drafts with Paul and Adam. Then our production writers, Andrew Barrer and Gabe Ferrari, were with us throughout production, and they were rewriting. So we changed a substantial amount. I think the DNA of it being a heist movie, and a story about fathers and daughters, and Yellow Jacket being the villain – that was all there in Edgar and Joe’s drafts from the beginning. So that basic structure, I think, we kept the same. But outside of that, we changed a lot.

LYT: Was it always Scott Lang, versus Hank Pym, as the protagonist?

PR: It was always – yeah, from the original drafts, Hank Pym and Scott Lang as sort of this mentor-mentee, that was always the dynamic. 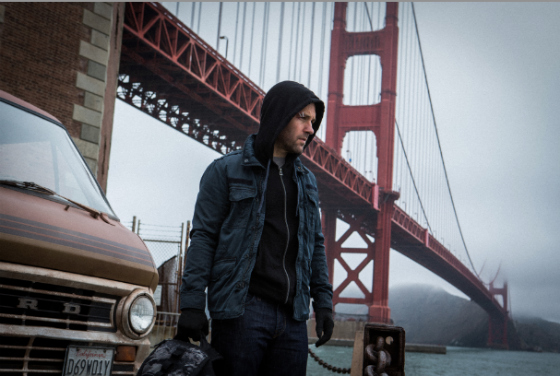 LYT: Now the microverse, as you mentioned before, could very easily tie into Doctor Strange. Was there coordination there? Was there anything they said you can’t do because they might be doing something else with it?

PR: No, I mean – I think I was very aware, because I know the Doctor Strange comics, and I know what they’re doing in the movie. I feel like there’s some similarity in terms of the visuals, but  Scott’s doing a whole other thing – Scott Derrickson. It’s a whole other thing, so I think that there’s some common ground, but they’re two distinctly different things.