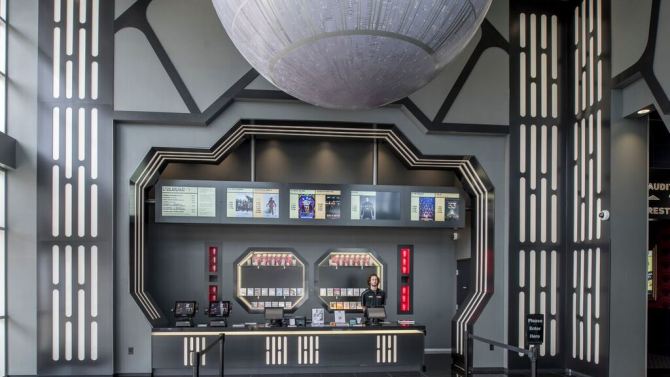 The residents of Omaha, Nebraska may not be able to watch Star Wars: The Force Awakens in IMAX format with a 4K laser projector on opening weekend, but attendees at the Alamo Drafthouse theater in the city will have one up over every other Star Wars fan on the planet. Not only they will be able to experience the new Star Wars movie onscreen, but they will do so in a movie theater converted to look like the actual Death Star from the franchise.

The Alamo Drafthouse appears to have pulled out all the stops for this redesign. The architecture of the lobby and concession stand for the theater have been converted to resemble Imperial designs from the film. A 10-foot Death Star replica hangs from the ceiling. In addition, the theater sports a replica Emperor Palpatine throne (pictured below) that has controls to actually turn on the Death Star in the lobby! In other words, this theater is, quite possibly, the ultimate power in the universe.

As a Texas native, I frequently visited the Alamo Drafthouse, a place that is near and dear to my heart. There is something very heartwarming about seeing the theater attempt clever promotions like this. It’s reminiscent of the 7-11 conversions to the Kwik-E-Mart for The Simpsons Movie. If I was a kid, I’d probably be more interested in checking out Star Wars in this type of theater instead of a fancy IMAX auditorium with all the technical bells and whistles. 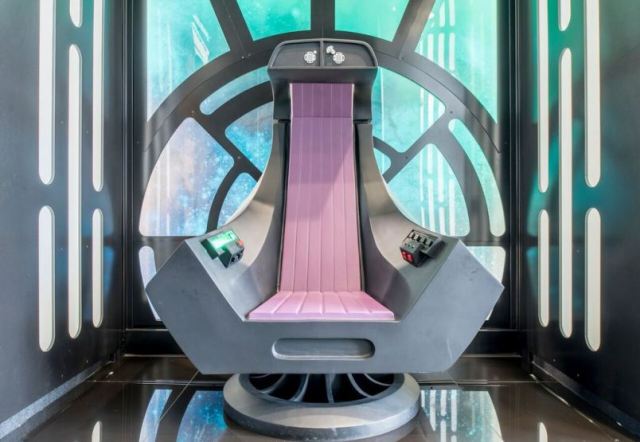