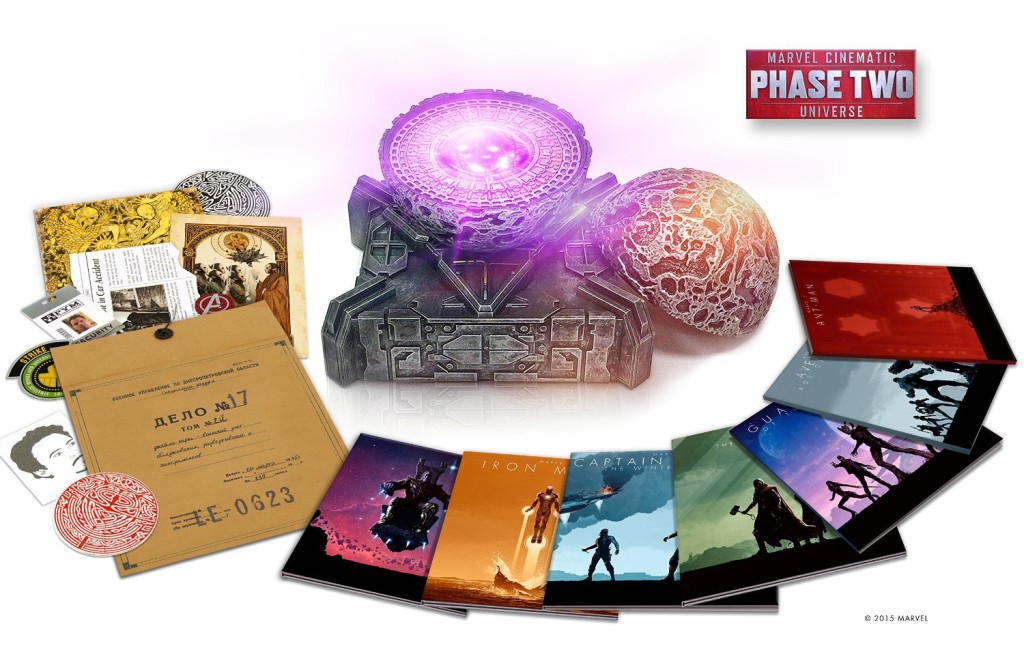 Marvel Cinematic Universe: Phase 2 (Amazon Exclusive) – Packed in a Morag Orb with various collectible doodads, this set is actually, by my math, more solid film-for-film than Phase 1, with the only semi-duds being Thor: The Dark World and Avengers: Age of Ultron. Iron Man 3 and Captain America: The Winter Soldier are faves among broader cinephiles like myself (excluding our own Witney Seibold, of course), and Guardians of the Galaxy and Ant-Man are possibly the two most fun of the whole MCU. If you’ve abstained so far, it might be a good time to sweep this Infinity Stone up, as there’s an exclusive bonus disc included as well, featuring all the One-Shots and more.

Ant-Man – Check out our feature from yesterday on director Peyton Reed and his production designer Shepherd Frankel. Needless to say, we recommend.

Minions – Or, as my wife calls it, “MMMMMMMMIIIIIIIIIIIIINNNNNNNNYOOOOOOOOOOOOONS!” In this slapstick animated comedy, three of the Minions display individual personalities and set off for England to steal the crown jewels, in the ’60s. Their semi-coherent, babbling shtick seems to turn some people right off, but I like the vintage Three Stooges vibe, and the fact that not all animated movies feel the need to jerk tears these days – some are happy to still inflict endless torments on indestructible goobers who yell out amusingly in pain. Okay, maybe I’m a latent sadist. But there are many of us, judging by how well this stuff sells. The disc includes three new mini-movies.

X-Files: The Collector’s Set – All nine original seasons come to Blu-ray, available collectively or as individual years, with a ton of extras designed to hype you up for the upcoming reboot miniseries. All this, and Scully still doesn’t believe in aliens?

Owen: Hart of Gold – In a ballsy move by WWE, they’ve actually gone and done a Blu-ray set for the guy who died as a result of their negligence, and whose widow refuses to cooperate with them, ever. I have mixed feelings about this: Owen was a great performer and would undoubtedly want his work enjoyed by fans, but the family (the half of them that blames Vince McMahon, anyway) is fully entitled not to do business with the company they believe killed him. Now, how badly do you want it, really?

The Garbage Pail Kids Movie – We all agree this movie’s terrible and you kinda have to see it anyway, right? I never figured it’d get a deluxe Blu-ray, but now I’m curious as hell to learn what it was like behind the scenes. Do you think the Garbage Pail Kid actors ever had sex in costume? That’s something I wonder. A lot.

Jellyfish Eyes – A trailer is worth a thousand words, but this looks like a bootleg Pokemon vs. Sailor Moon live-action/animation hybrid with an anti-nuclear parable tacked on. Just…just watch.

Criterion Collection, too. Somebody over there likes to get high.

Knock Knock – Keanu Reeves is seduced by evil sexy teens in this Eli Roth movie that isn’t the cannibal one.

Hannibal: Season 3 – The final season. As always, I hear it’s great. Odds of persuading the wife to let me watch it while she’s home are about the same as the odds of Hannibal going vegan.

Those are my top picks. What are you looking out for?