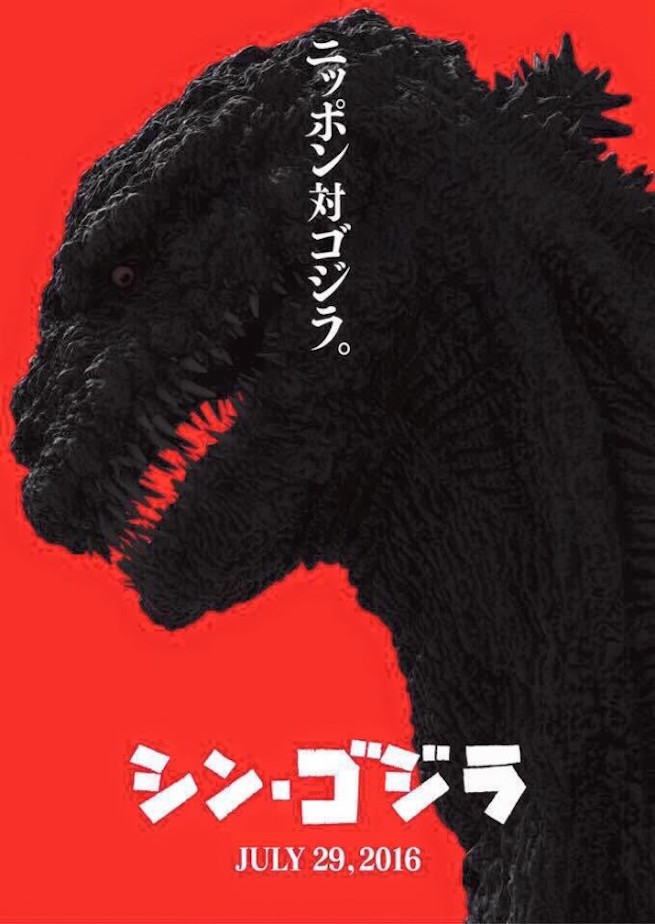 Legendary are taking their sweet-ass time giving us a sequel to the Gareth Edwards Godzilla, and Toho isn’t waiting – they’re bringing out the next installment of the original Godzilla franchise next year, and they’ve managed to make me forget about any Cookie Monster comparisons – this ‘Zilla really looks like a nightmare creature from the bottom of the ocean. Godzilla: Resurgence is considered a reboot of the series, and features the tallest version of its leading kaiju to date. Based on this first look, I also suspect he’ll be a bad guy, or at least chaotic neutral.

There’s also a teaser trailer, but it’s really quite useless, showing less than even the first Cloverfield trailer did. (Retroactive hilarity: remember when some dorks on the Internet swore Cloverfield would be a Voltron movie, because they misheard the line “It’s alive!” as “It’s a lion”?)