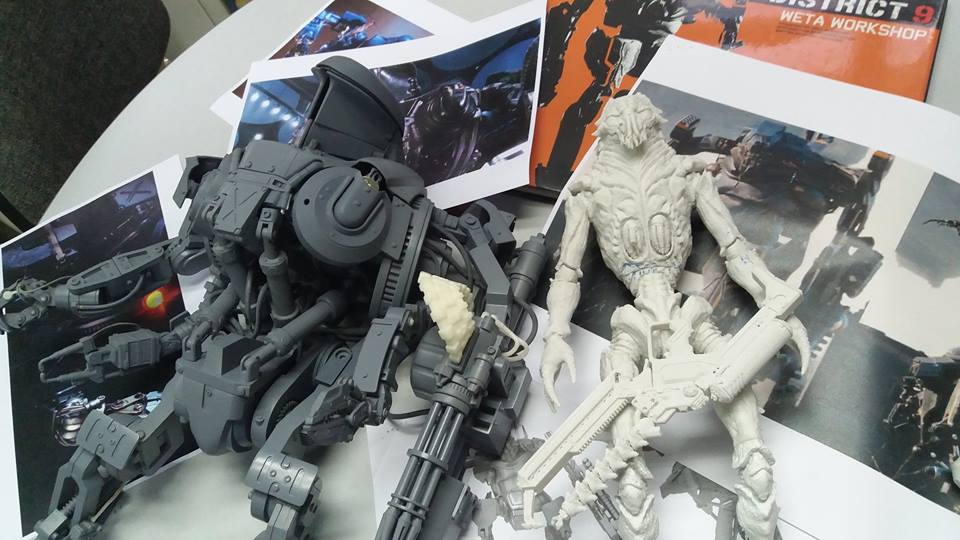 No, NECA didn’t finally cave – threezero toys appear to have finally started work on the figure no Robocop licensee has ever made before: Robocop II, a.k.a. Robo-Cain. While not many will admit to being fans of the film itself, we’ve all wanted a toy of the nuke-addicted cyborg for decades now, and both McFarlane and NECA have said no to it. This will cost a lot more – threezero does – but at least it will actually happen.

District 9 had at least two Comic-Cons hyping it but was still considered a surprise hit, and merchandisers were caught flat-footed. By the time it caught on, there was no indication it would become a franchise (and there still isn’t, unless Neill Blomkamp gives up on his other ideas) so toy companies still found it too niche. But here we see not just the beginnings of a Christopher Johnson proto – but reference material to indicate they might do the mech suit too if things work out.

And even as I clutch my wallet tight and say, “No! Bad cards! You cannot have everything!” I am delighted these will exist. Let’s pop open some cat food and celebrate.