Menu
Home
>
Movies
>
Mark Hamill Disguises Himself as a Stormtrooper Again; No Longer Too Short 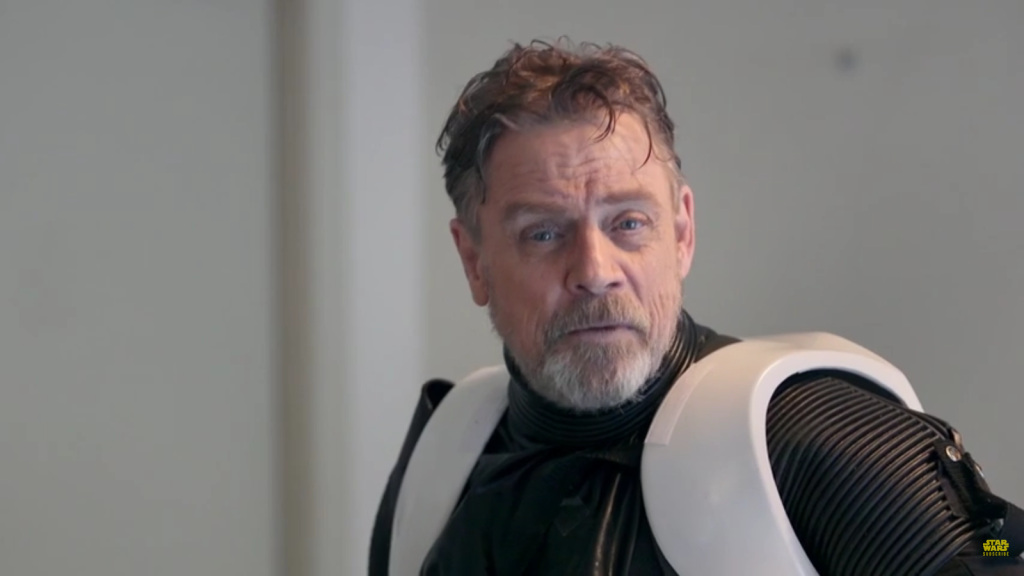 How do I know he’s no longer too short? Because per imdb, he is the exact same height as John Boyega: five foot nine.

Because he’s in costume walking around Hollywood – something people do a lot, usually when they’re not famous – it’s not quite as funny as when Arnold Schwarzenegger did it pretending to be an inanimate object. In fact, during AFI Fest I saw some of this being filmed and it was obviously some kind of stunt – but given the proximity to a certain theater I would have bet you it was Jimmy Kimmel in the suit.

But it was Hamill. What a joker that guy is.