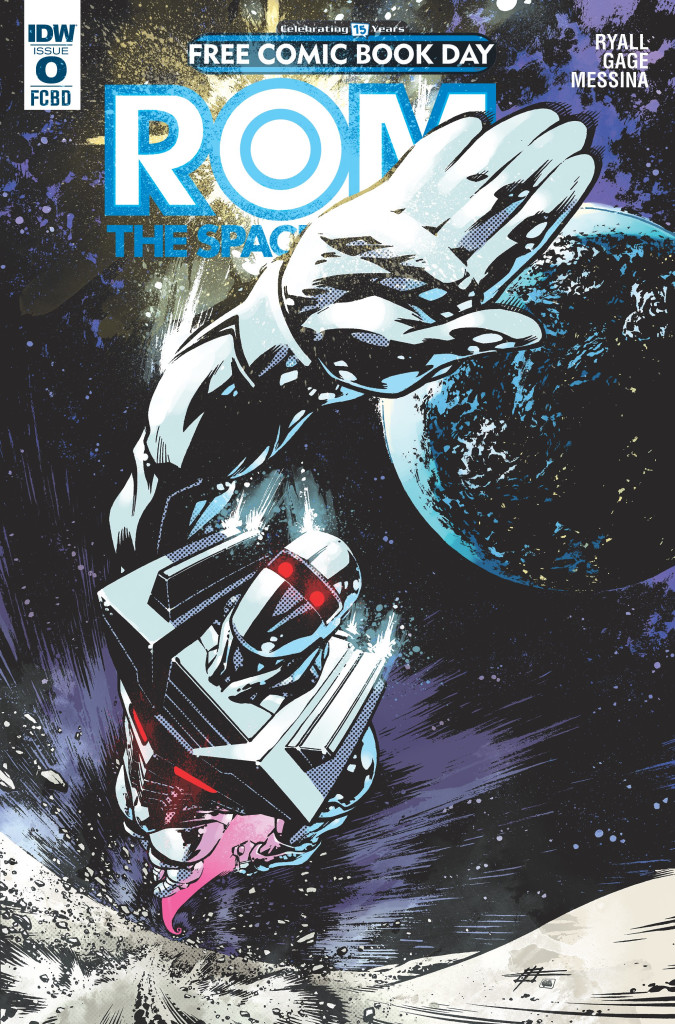 IDW’s Rom #0 will be available in May 2016 as part of Free Comic Book Day, officially marking the O.G. action figure’s debut in the IDW universe, as opposed to Marvel continuity, which ROM remained part of long after the original LED toy he was based on had stopped selling. Since IDW now has comics rights to most Hasbro properties, this move makes sense – Hasbro may make Marvel toys, but I’m guessing they don’t want Disney having any claims on their IPs. As we’ve noted before, Hasbro has been lightly testing the waters on new ROM toys.

From the press release:

“It’s no hyperbole for me to say that launching a new Rom comic is one of the things we’ve most wanted to make happen for fans,” said Chris Ryall. “I know this because I’m one of them. The character has been absent from comics for too long and we can’t wait to introduce this all-new version to the world.”

Rom the Space Knight tells the story of Rom, a member of the benevolent Solstar Order and greatest of the Space Knights, interstellar soldiers in a centuries-old war with the Dire Wraiths. The Wraiths are a race of alien invaders who’ve destroyed many planets and infiltrated Earth for nefarious purposes.

Rom the Space Knight #0 will feature an introductory 10-page story of Rom’s arrival on Earth, an incident that sets up an ongoing Rom series launching in July 2016.

“Many people have only heard of Rom but that’s it,” continued Ryall. “And those that do know of his past iteration might have some preconceived notion of what this series will be. And while we can promise that the DNA of the character as established with the original toy remains intact, there will be surprises galore as people experience a new universe built entirely around Rom and company.”

As an added bonus, the issue will contain additional content including character sketches, creator interviews and a glimpse of things to come. This debut represents a major launch for IDW and Hasbro next year, and this special first story will be free throughout the universe next May!