Menu
Home
>
Movies
>
Some Aliens Have Complex Motives, But I See Right Through This One 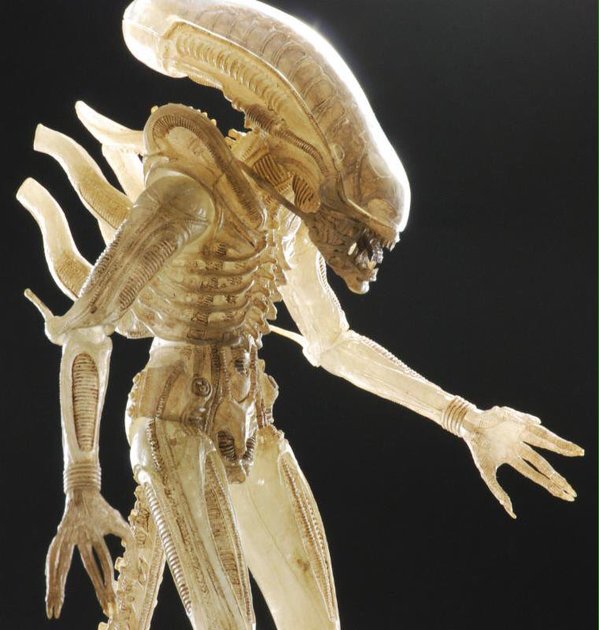 NECA has made, or is in the process of making, just about every xenomorph that has ever appeared onscreen, plus a few that have only appeared in comics. So what’s left? The original concept Alien! Before it was black – like pretty much everything H.R. Giger ever draws – the idea was to have the monster be translucent, with the silhouette of the actor inside visible as if it were the skeleton. In the end, it wasn’t possible to make the costume strong enough to hold up to wear and tear, so they darkened it. Probably for the better, as the figure above looks very cool, but the darker classic is scarier.

Giger would eventually get his translucent monster in Species, once CGI negated having to find a real material to make the thing out of. And while I love Sil, the Big Chap is more intimidating in the end. Also, McFarlane Toys never managed to make the Species action figure truly translucent like this.