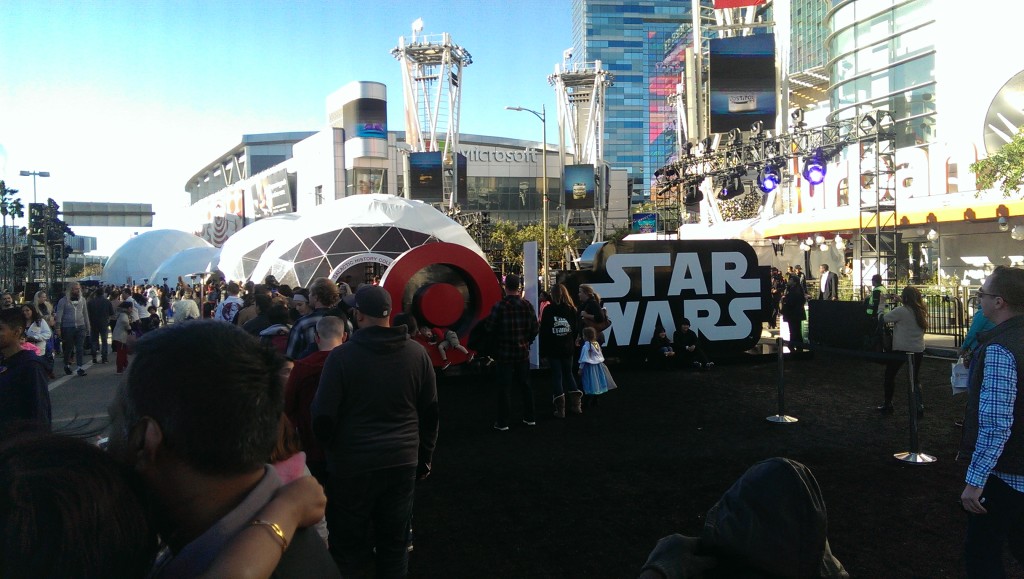 “Stay on Target” used to be an admonition to X-wing pilots – nowadays, it’s a reminder of corporate synergy. Target, like every other retailer, wants a piece of the Star Wars action, and since Disney is happy to oblige everyone from car manufacturers to orange growers, they’ve gotten theirs.

That doesn’t mean we fans can’t benefit. At downtown’s L.A. Live this past weekend,  a small dome village sprang up, and you weren’t require to understand the binary language of moisture vaporators to gain access. It was all free (well, almost all, but we’ll get to that), and a whole lot easier to get into than so many of the larger conventions. If you were nowhere near L.A., or simply couldn’t make it down, that’s what we’re here for – what follows is a look at the best things shown. 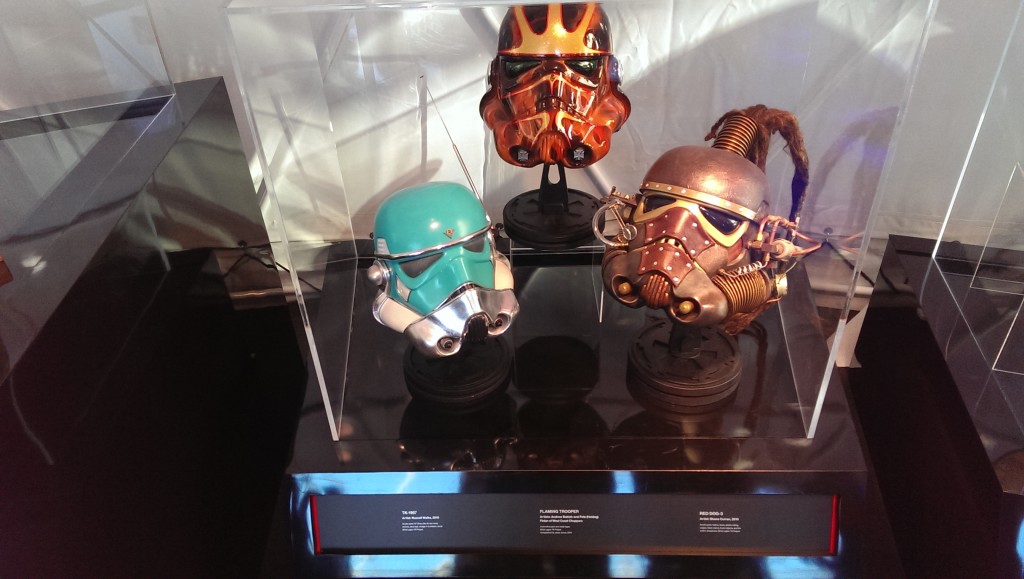 One gets the impression that Stormtroopers couldn’t even tie their own shoes if their footwear actually contained anything as fancy as laces, but in a parallel universe of fan art, they customize their outfits with aplomb.

If you ask me, only the Tauntaun has the remotest idea what to do with its feet in the snow. 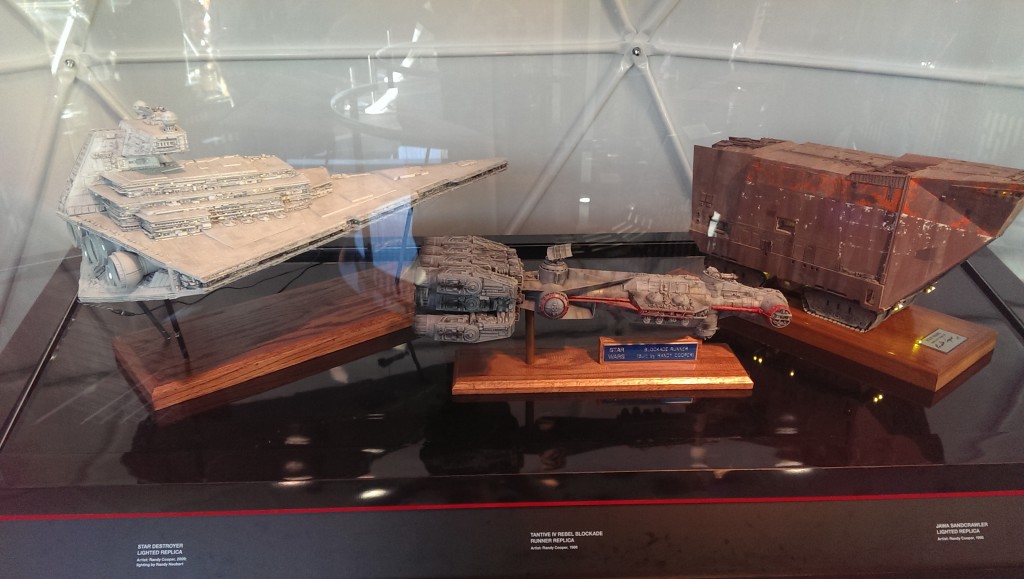 Made by artist Randy Cooper, these serve as a reminder of the days when movie spaceships were in fact tangible models. 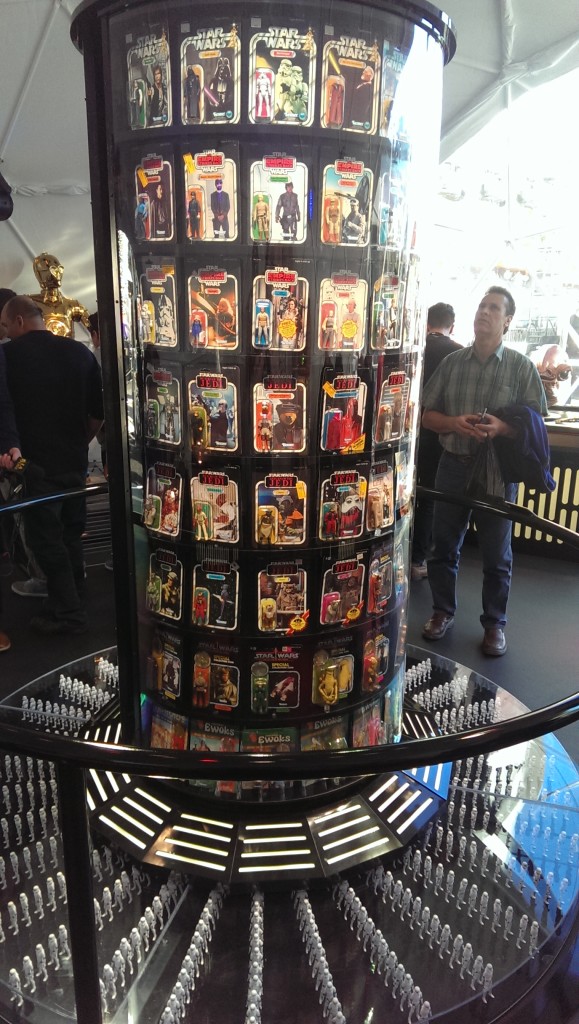 Look closely, and you’ll see some of them still have the price tags on.

Look, you’re not legally allowed to have a Star Wars exhibit without Boba Fett. It’s in the galactic bylaws. 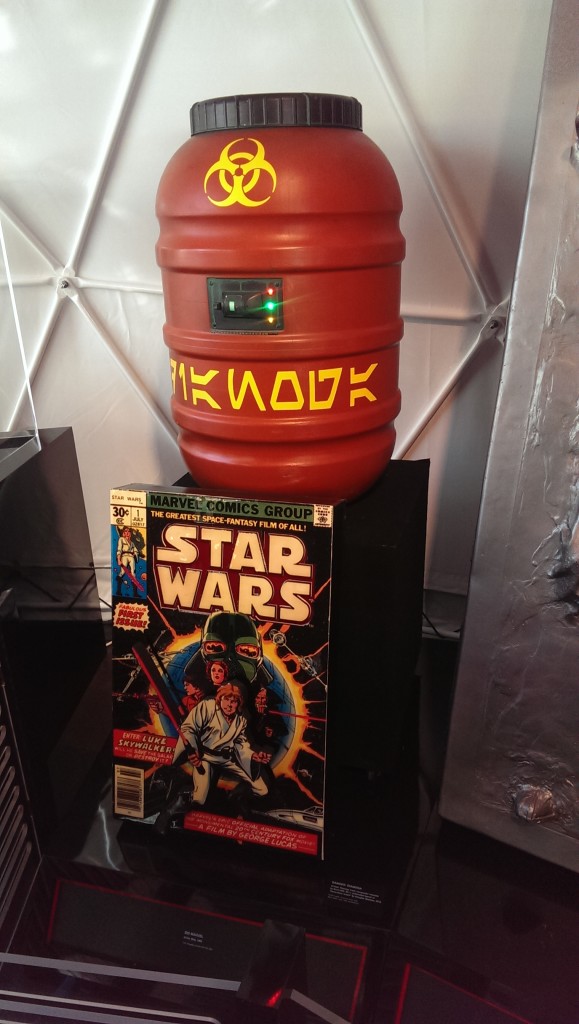 Yep, this drum supposedly contains toxic bio-matter from the trash compactor creature. There’s never been a very good explanation why the Empire kept it around.

7. Small Metal Cutaway Models of the Falcon and Slave I. 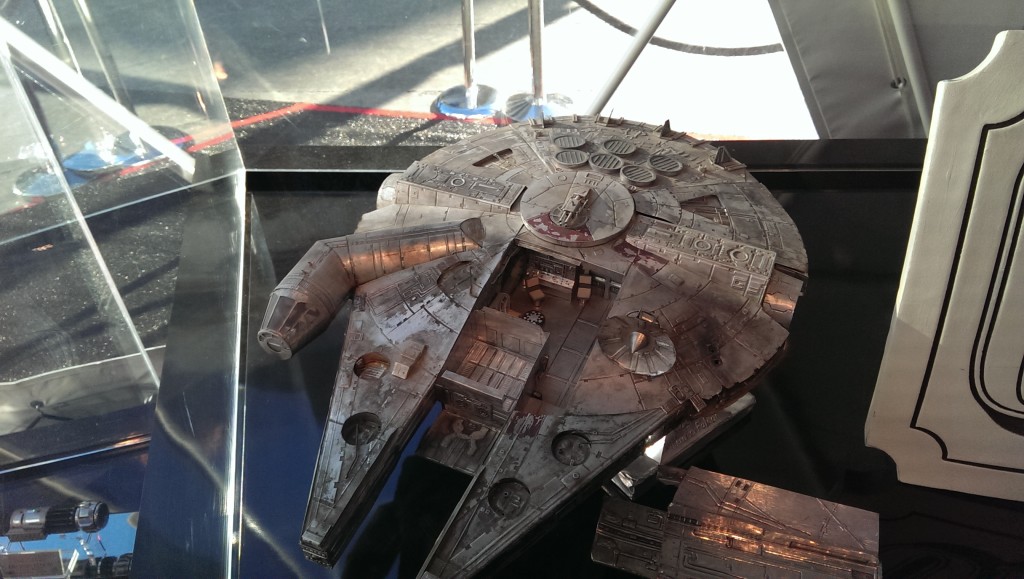 In case you were wondering just how out of scale your figure-scaled toys are, the answer is “very.” 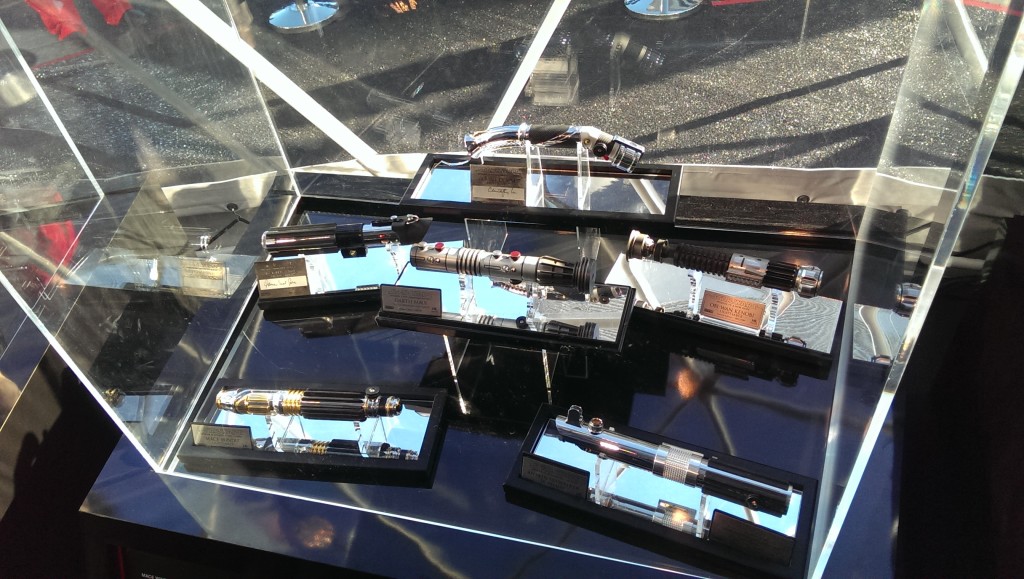 Dooku’s was signed by Christopher Lee; Vader’s by James Earl Jones, who presumably never wielded it. The younglings in the cast apparently couldn’t be bothered. 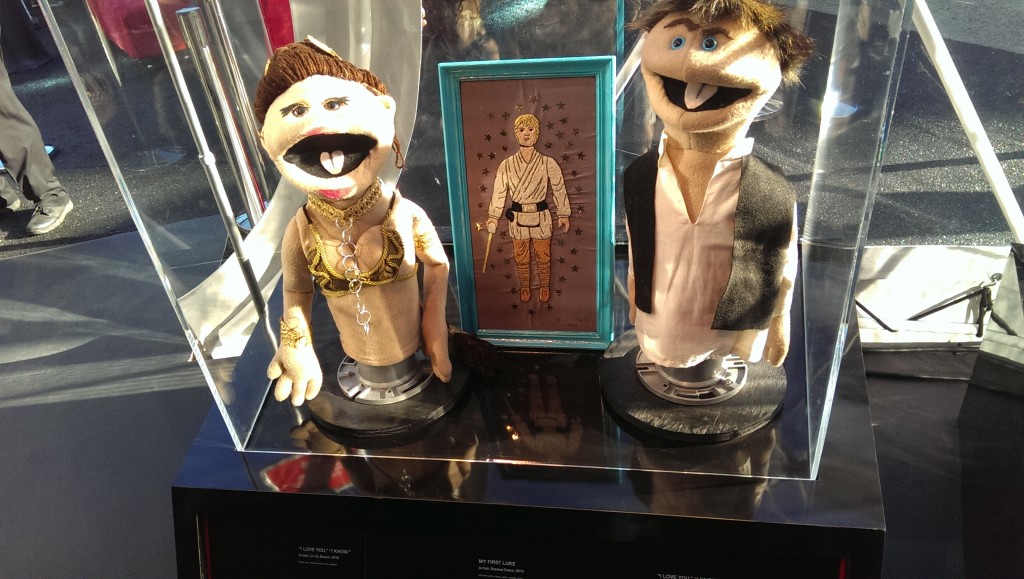 I love them. You know. 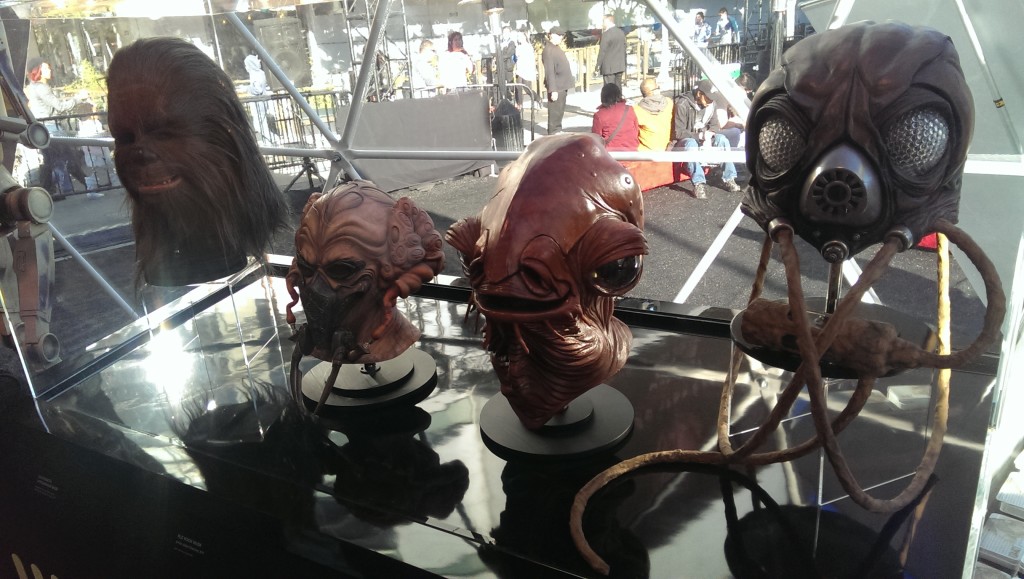 I tried asking whether Ackbar, Zuckuss and Plo Koon were screen-used or fan-made. Turns out the latter. Screen-used ones probably would not have looked as good up close.

Chewie, however, was made for Disney World appearances. 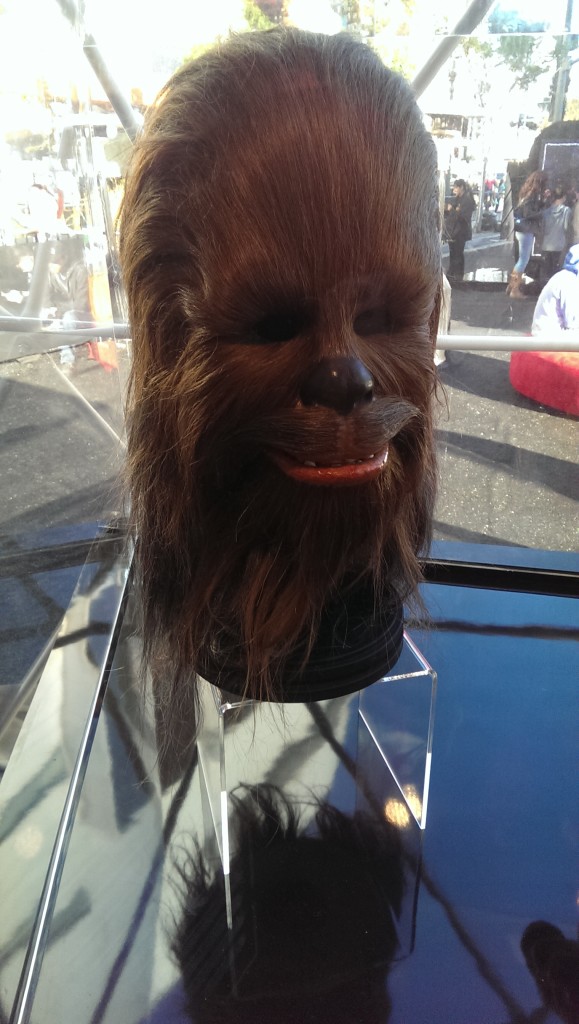 11. The Coolest Use Ever of the Vintage Darth Vader Figure Case. 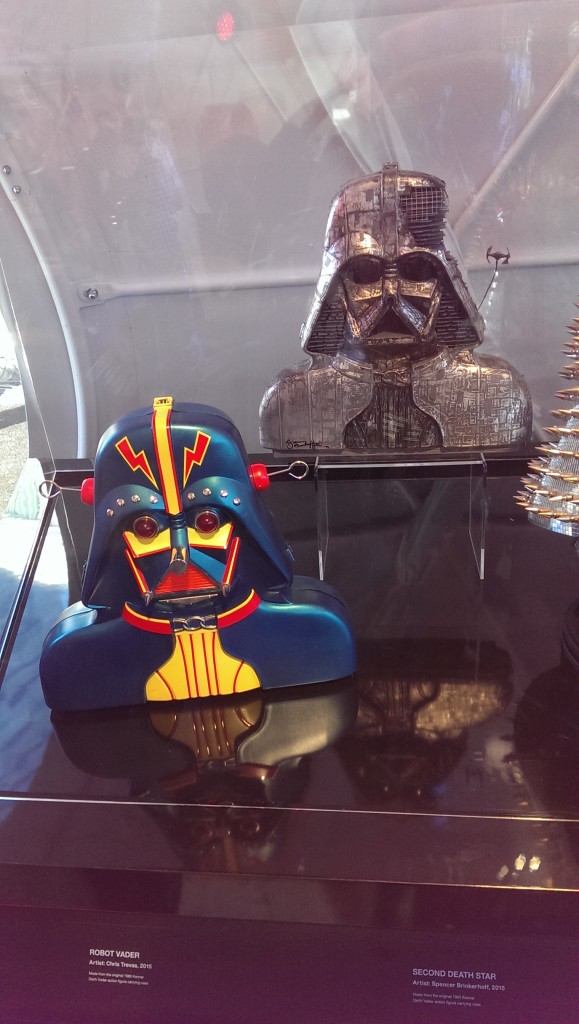 It never struck me as a particularly useful toy back in the day, that Darth Vader carry case. But here we see it transformed into art. 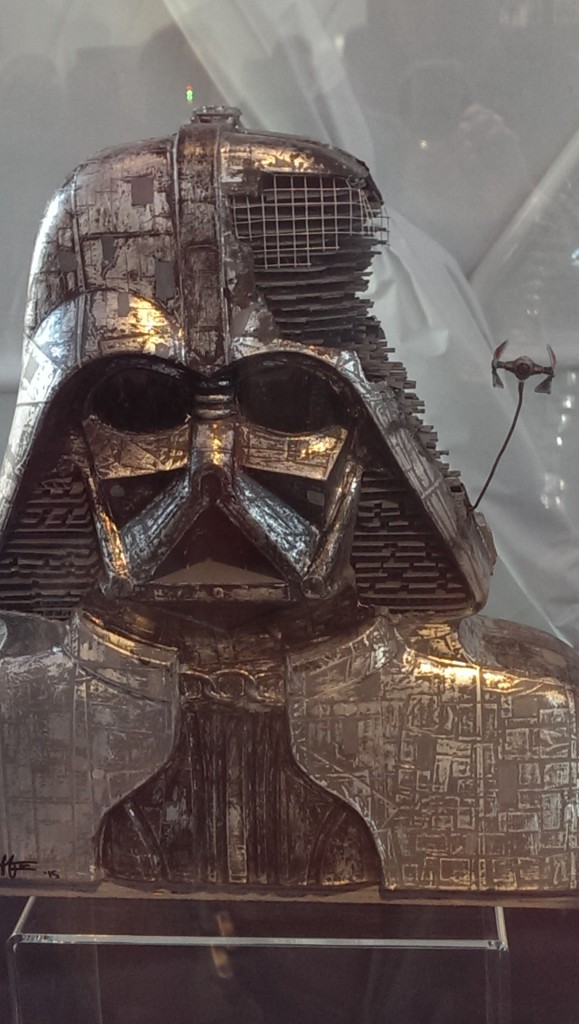 Also, these “cute” 1:1 scale Vader helmets are scarier than the real thing. 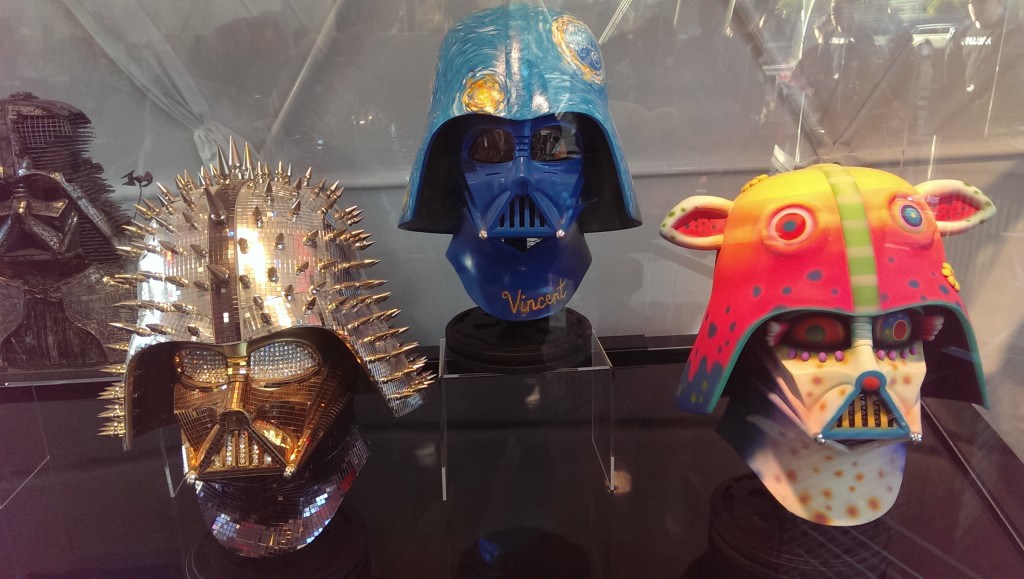