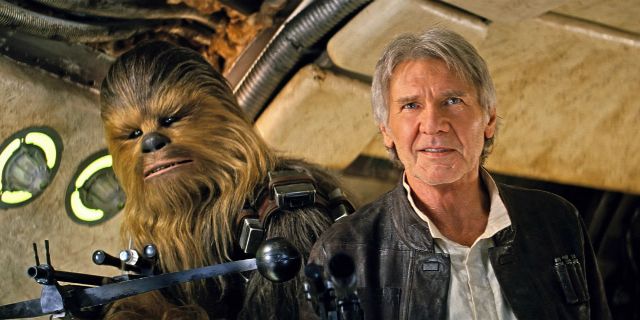 Welcome to your daily link parade, featuring a roundup of all the fancy things happening in all of geekdom, with no guarantees and no hidden fees.

-Patton Oswalt on the upcoming planned revival of Mystery Science Theater 3000?! Cut that freaking check right now! Oswalt is officially joining the cast as one of the henchman, TV’s Son of TV’s Frank! As if the show that combines lampooning bad movies with science fiction, comedy and puppetry was not already great enough. MST3K has just become that much greater with the presence of Patton Oswalt. [Kickstarter]

-Reese Witherspoon could be the girl who creates the Barbie girl in a Barbie world, who is plastic and so fantastic. Bold Films has inked a deal to produce a film version of Barbie and Ruth, and Witherspoon is apparently in line to play Barbie creator Ruth Handler. If Hollywood starts making movies about the creation of famous and iconic toys, I want the narrative drama version of the story of He-Man and the Masters of the Universe’s creation. Call it Secrets of Grayskull, and it would make billions I tells ya! Billions! [Deadline]

-Here is something that should make Mad Max fans live, die and then live again…from excitement! The National Board of Review named Mad Max: Fury Road the best film of 2015! Why does this matter? Nine of the last 10 films that won NBR’s Best Film of the Year award were nominated for Best Picture at the Academy Awards, and two won that golden statue. So, it looks like the post-apocalyptic extravaganza is riding eternal to the Academy Awards, shiny and chrome! [National Board of Review]

-The happy Harrison Ford media tour continued on Good Morning America this week. Five years ago, if you had told me that Harrison Ford would’ve returned to the role of Han Solo in a new Star Wars movie sequel, I would’ve literally laughed at the idea. That reason is because Ford was always outspoken in being less than enthusiastic about the franchise and entertaining the thought of ever doing something with Star Wars again. But Ford was on Good Morning America smiling and saying the idea of working with J.J. Abrams on the film was something he couldn’t refuse. What else? Ford thinks Han Solo has a more “complex story, a little bit more of an emotional context than perhaps there was before.” Every indication just seems that Ford actually likes the new film and had a good experience working on it. If I wasn’t foaming at the mouth over Star Wars: The Force Awakens before, I am now. [Good Morning America/Yahoo! News]