After a seven year wait, the long-awaited unofficial prequel to Fallout: New Vegas has finally arrived.

Fallout: New California, the massive single-player prequel mod, finally saw the light of day this Tuesday. The mod contains a cast of colorful characters, nearly 17,000 lines of professional-quality spoken dialogue, branching story choices, and a huge chunk of post-apocalyptic California for eager players to explore – all for free. 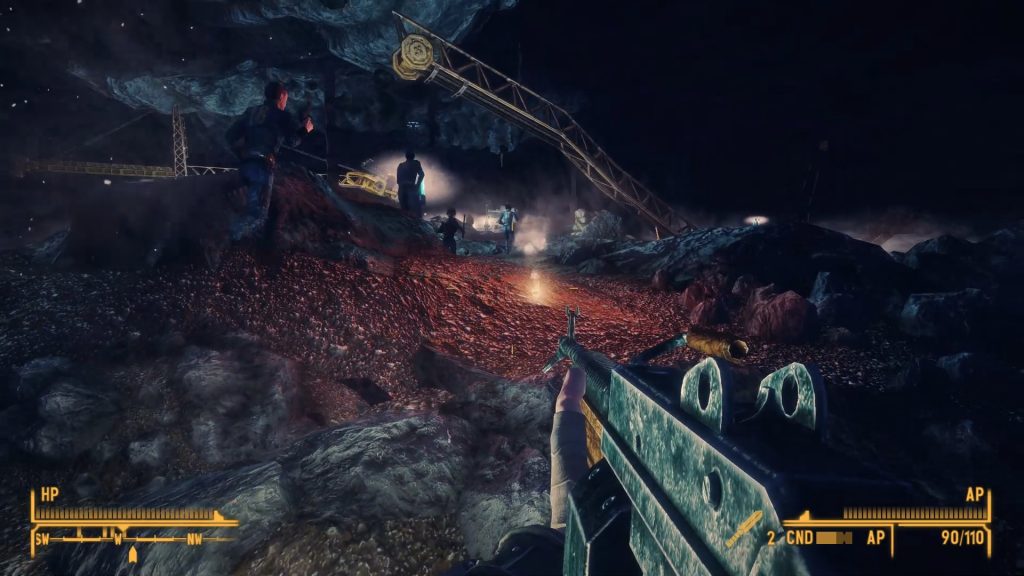 Expansive environments stretch the aging Gamebryo engine to its limits.

This expansive mod for Fallout: New Vegas spent seven long years in development.  Fallout 4 had subsequently come and gone, and Fallout 76 is right around the corner. Despite the direction Bethesda is taking the beloved franchise, fans once again have an engaging story-driven single player experience in Fallout: New California.

My initial interest in the mod began several years ago, when it started as a Fallout 3 mod titled Project Brazil before being converted for use with the newer (and arguably superior) New Vegas game, Creator Brandan Lee and the rest of his team at Radian-Helix Media have given the eight year old Fallout: New Vegas quite a face-lift and stretched the boundaries of the aging series favorite. I have followed the creator’s struggles and fears for a long time on Facebook – and more recently, the mod’s Discord channel. So after cracking my knuckles and sitting down at my battle station, I began to look into giving this mod a proper shake. 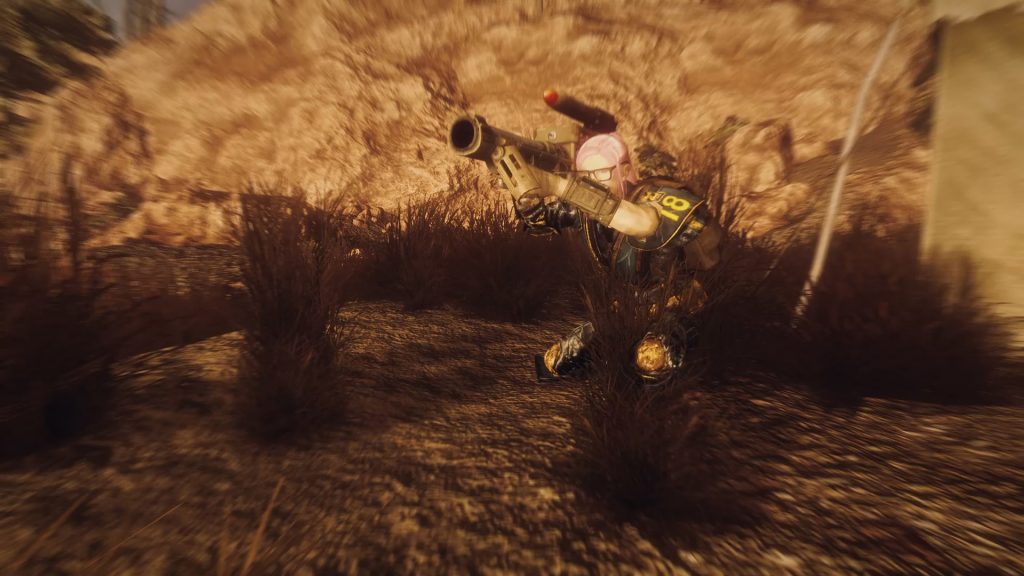 I wanted Fallout: New California to look and feel as close as possible to the developer’s vision, and to that end they handily supplied a supplemental mods list. After a couple hours of struggling with Mod Organizer 2, then giving up in favor of Vortex, then manually mucking about with file structures and .INI settings, I managed to get the mod running fairly flawlessly. So… was it any good?

Obviously any complaints for such a massive, free to play labor of love have to come with a grain of salt. Fallout: New California opens with a wonderfully animated cutscene that properly captures the Fallout look and feel, and the mod generally ramps up from there. The vast layout and extensive lore of Vault 18 makes sense overall. Voice acting is quality, and the characters you encounter are interesting and fairly well written. The developers state that there’s 15-30 hours of content for the completionists out there, and I plan to take my time examining much of the San Bernardino area contained here. 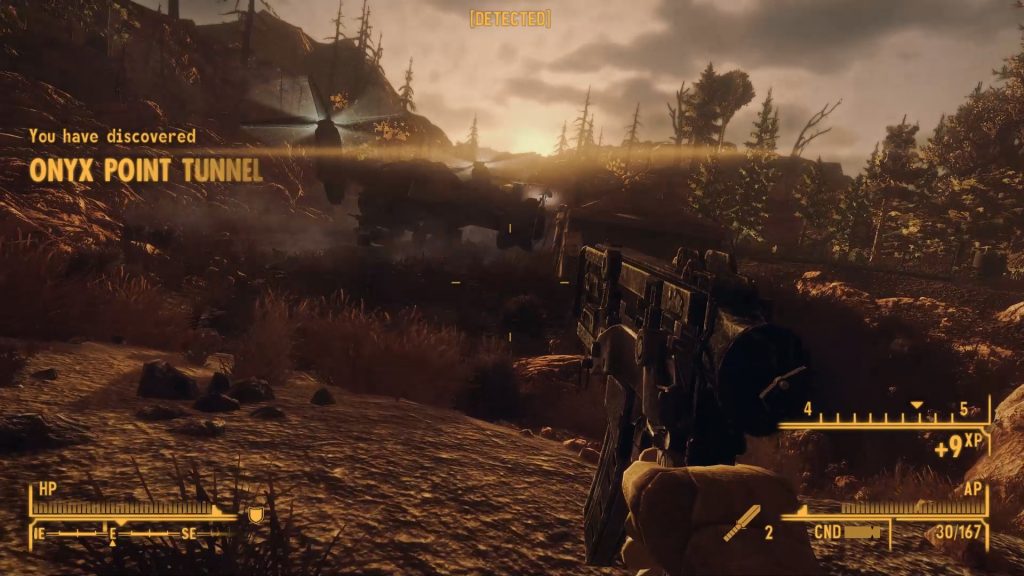 Impressive setpieces, such as these vertibirds touching down, add an air of professionalism to the mod.

The combat in Fallout: New California shares the same flaws as New Vegas did – through no fault of the mod itself, of course. If you didn’t like the shooting in New Vegas, this won’t change your mind. However, following the suggested inclusion of the Project Nevada mod helps mitigate this somewhat by changing game balance and adding a sprint feature. I did also run across a couple continuity bugs in one of the early quests, but there was nothing that broke the game in my initial hours of play. 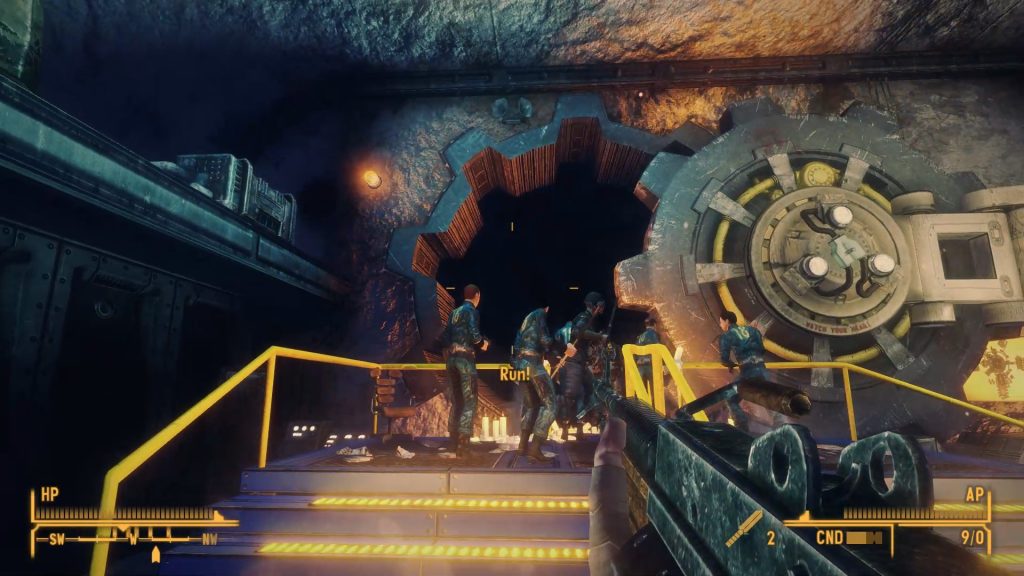 I cant help but get excited each time I see one of those big gears move aside.

Fallout fans have been sighing in defeat about the mediocre story of Fallout 4 since it was released. Bethesda appears to be doubling down with the direction of Fallout 76. New California may just be what old-school fans of story driven Fallout games have been waiting for.