As I was scanning the Topless Robot general inbox today, an email caught my eye. “TIME TRAP IN THEATERS NOVEMBER 2, 2018” was in the title. “Time Trap…” I thought to myself, “What a goofy name.” So I clicked.

Inside was an outline for a film that debuted at Seattle International Film Festival.

A group of students venture into the deep caves of remote Texas to locate a favorite archaeology professor who inexplicably has gone missing while searching for the Fountain of Youth. In the course of their pursuit, the group unwittingly rappels into a break in the space-time continuum, where time passes much slower than on the surface. With no hope for rescue, they descend further into the cave and uncover the most coveted urban legend in history and find themselves in the crossfire for its control.

Ok, I’m intrigued. I responded to the email, and watched it as soon as I got home from work. To be honest, I wasn’t expecting much. It sounded a little cheesy, like something you’d expect to find as a SyFy original. I was expecting the typical low-budget camera views and sub-par acting. What I got was much more.

Time Trap was written by Mark Dennis, and features Andrew Wilson, Cassidy Gifford, Brianne Howey, Reiley McClendon, Olivia Draguicevich, and Max Wright. You’d be forgiven if you just said, “Who?” out loud, as Mark Dennis’ writing credits include only one other film in 2011 called Strings and the only recognizable member of the cast is Andrew Wilson, the Wilson brother with a normal nose who you’ll remember as Beef Supreme in Idiocracy. 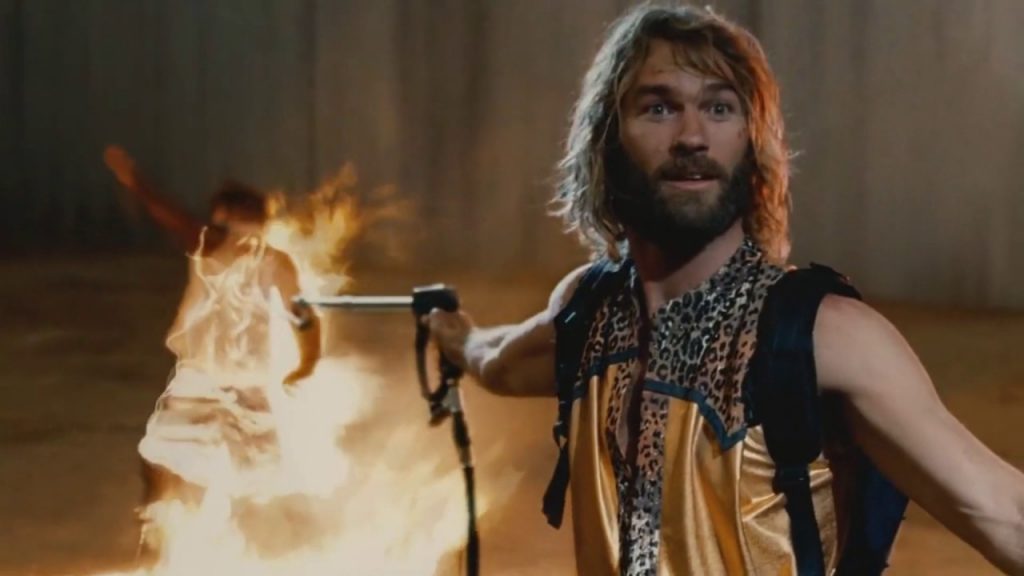 This guy is going to spelunk the shit out of some caves.

This archaeology professor named Hopper (Andrew Wilson) is on the hunt for an old abandoned hippie van. When we meet him, he and his dog, Boss, have found the van and the cave where its owners presumably got lost. When he approaches the cave, he sees a man standing in it with a gun. Deciding it’s unsafe to go alone and under-packed, he calls one of his TAs and asks her to prepare a pack.

Ultimately, after arriving home and an awkward exchange with his TAs, he decides to go it alone, and he ventures off into the curious unknown with the frozen cowboy. After 2 days, his TAs (Taylor, played by Reiley McClendon and Jackie played by Brianne Howey) start worrying about him and decide to head out and look for him, but not before roping in three more people (Cara, played by Cassidy Gifford, Veeves, played by Olivia Draguicevich, and Furby, played by Max Wright.) All because Cara had two important things: A four wheel drive truck, and a crush on Taylor.

So begins an adventure with several revelations I genuinely didn’t see coming.

Watching things unravel in this story is truly a joy. There isn’t an unlikable character in the bunch. Furby, Veeves’ BFF and the film’s comic relief, felt a little stereotyped at first. He’s the funny chubby kid. However, the second I drew the mental parallels to Chunk from The Goonies, it was as though the movie read my mind. Jackie finds a rope, and upon calls for caution from Cara, Jackie responds, “Relax, it’s not The Goonies.” as it’s revealed Furby doesn’t know what The Goonies is, Taylor remarks, “You kinda do look like Chunk.” While I’m not sure if it gives the film a pass on the use of the fat-n-funny stereotype, it’s a nice statement of how self-aware this movie is.

Time Trap‘s take on time travel is refreshing. It explores what it would be like to find yourself in a place where time passes differently than the rest of the world. It tells the kind of story that could easily go the direction of heart-wrenching Doctor Who fodder, but opts instead to stay in the realm of films like Indiana Jones, where you’re continually asking what will happen next. What will they discover next? Will they ever get home? 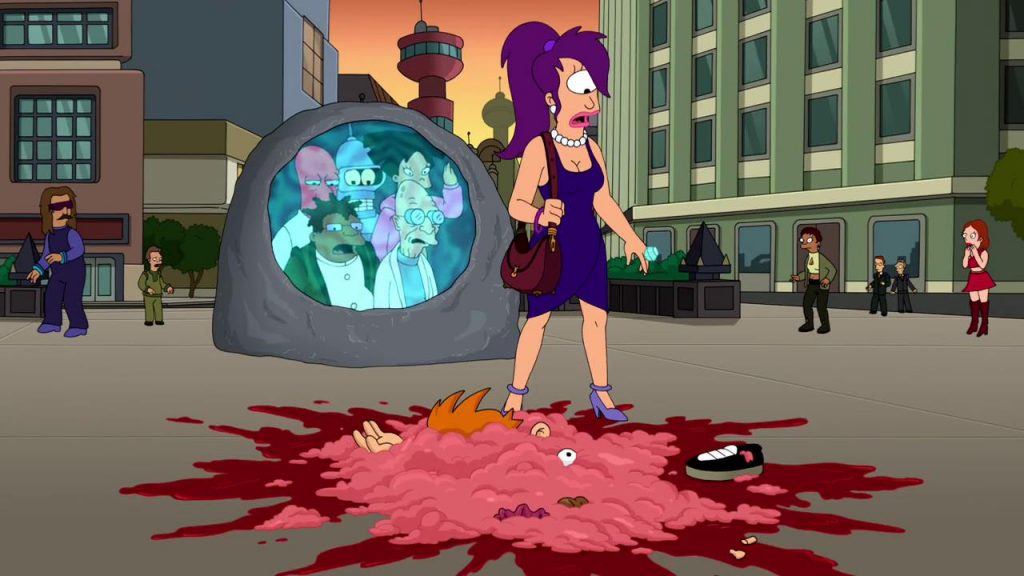 The cave is kinda like this, except bigger with fewer Fry guts.

I won’t spoil those questions with answers for you here. Instead I’ll say that if this film wasn’t on your radar, it should be. It falls comfortably somewhere between a SyFy original production and a straight to DVD movie. The effects aren’t great, but they aren’t sharknado bad. The story is genuinely engrossing, and it’s a joy to see questions answered. The rapport among the cast is great, and you can feel their personal history with each other. All-in-all, it’s a fun watch with a satisfying ending that I’m happy to recommend to fans of the sci-fi genre. You can find Time Trap in select theaters on November 2nd and you can watch it on digital in the comfort of your own home on November 13th.