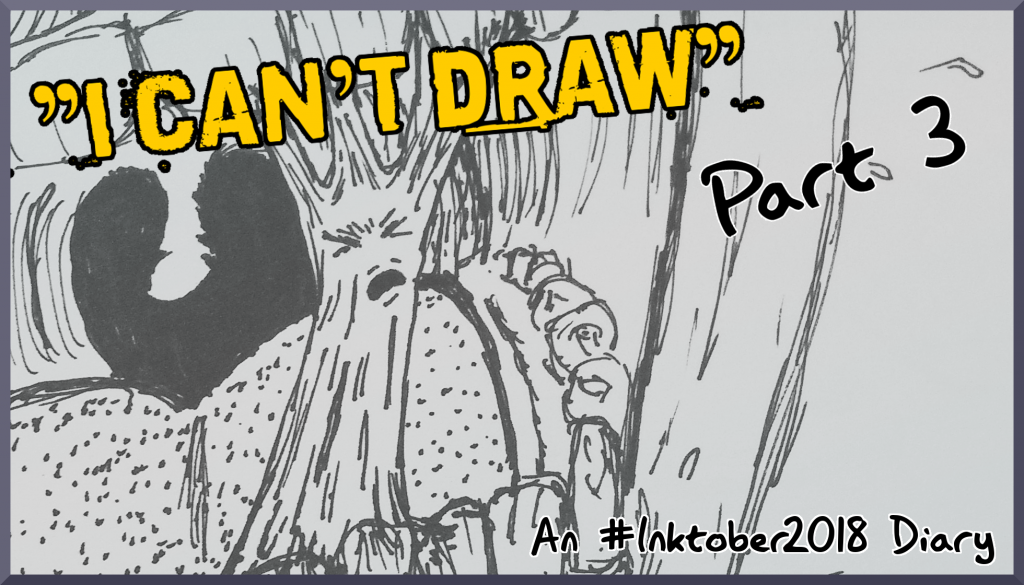 The last week of my journey through Inktober 2018 was coming to a close. After some mild successes during the first few days, I was filled with confidence during the second ten day stretch, Now that the deadline was rapidly approaching I could feel the dread take hold.

Inktober 2018 Part 3: Tomorrow Is Another Day 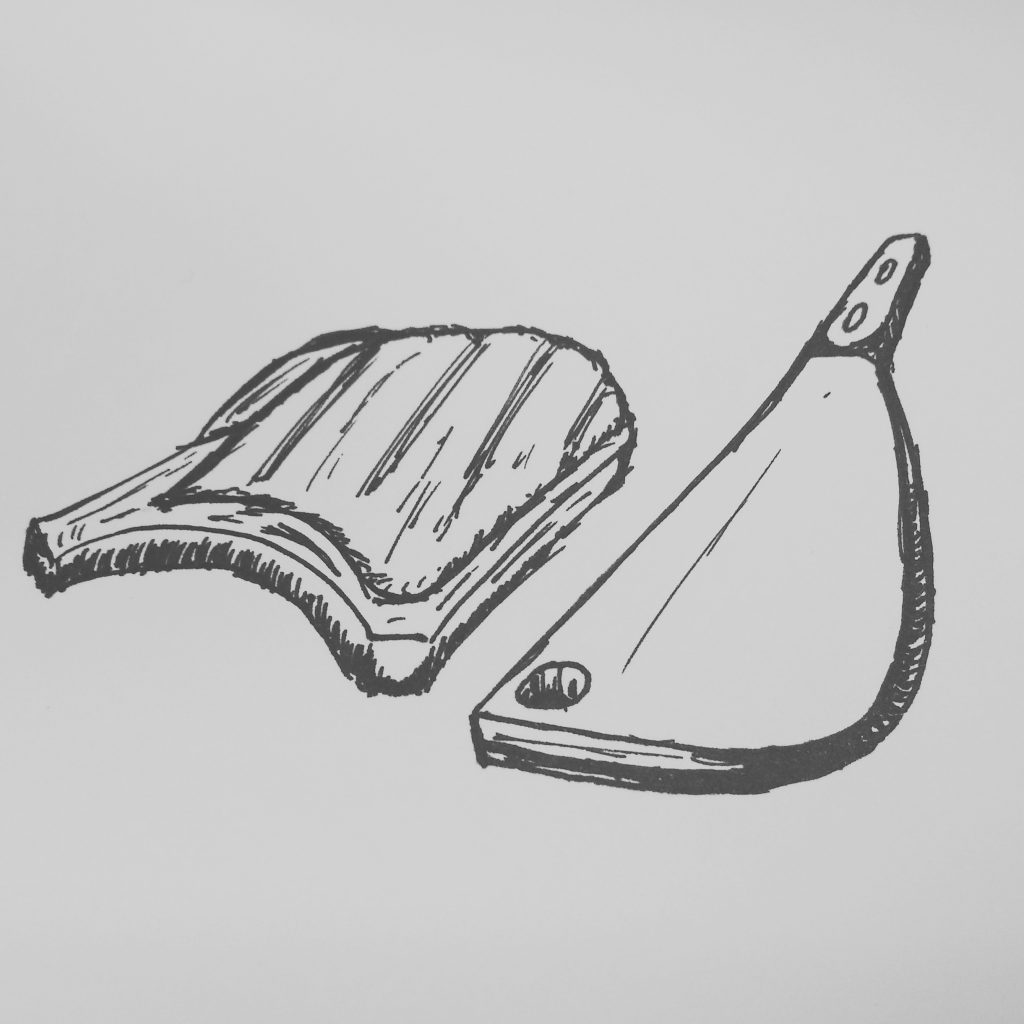 It was clear that I had neglected a few days of Inktober before getting back to business with Day 24’s prompt. The perspective’s a little shaky, and my coffee was strong – so I pushed on. Then I saw this reader submission and pretty much threw my hands up: 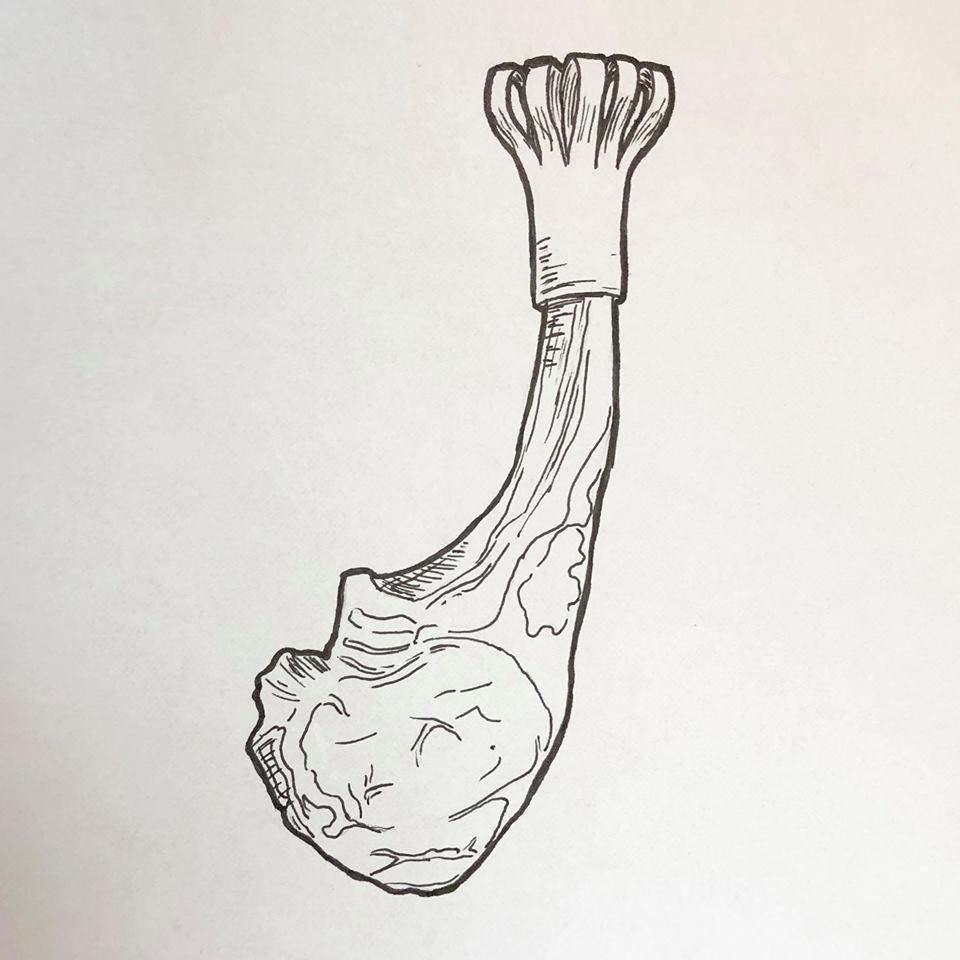 Meagan Elise Weber is a talented graphic designer with a side passion for origami. She’s also picked up the pen to throw some strong game into Inktober illustrations this month. You can find more of her work on Instagram or her official site. 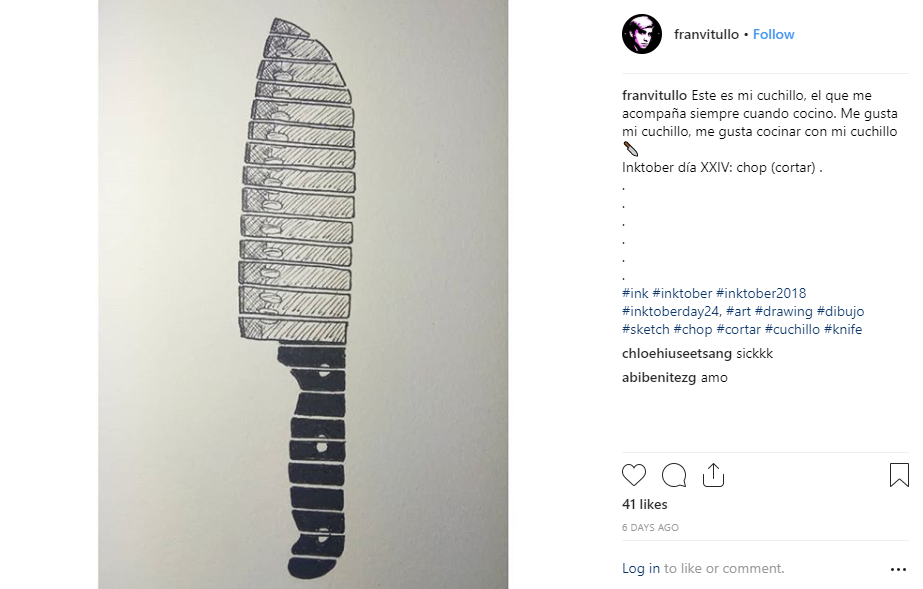 I scrolled down my Insta feed and added some more self loathing to the pile.
Fran Vitullo is an artist I’ve followed for awhile on Instagram as well, and their entries are both creative and artfully done. 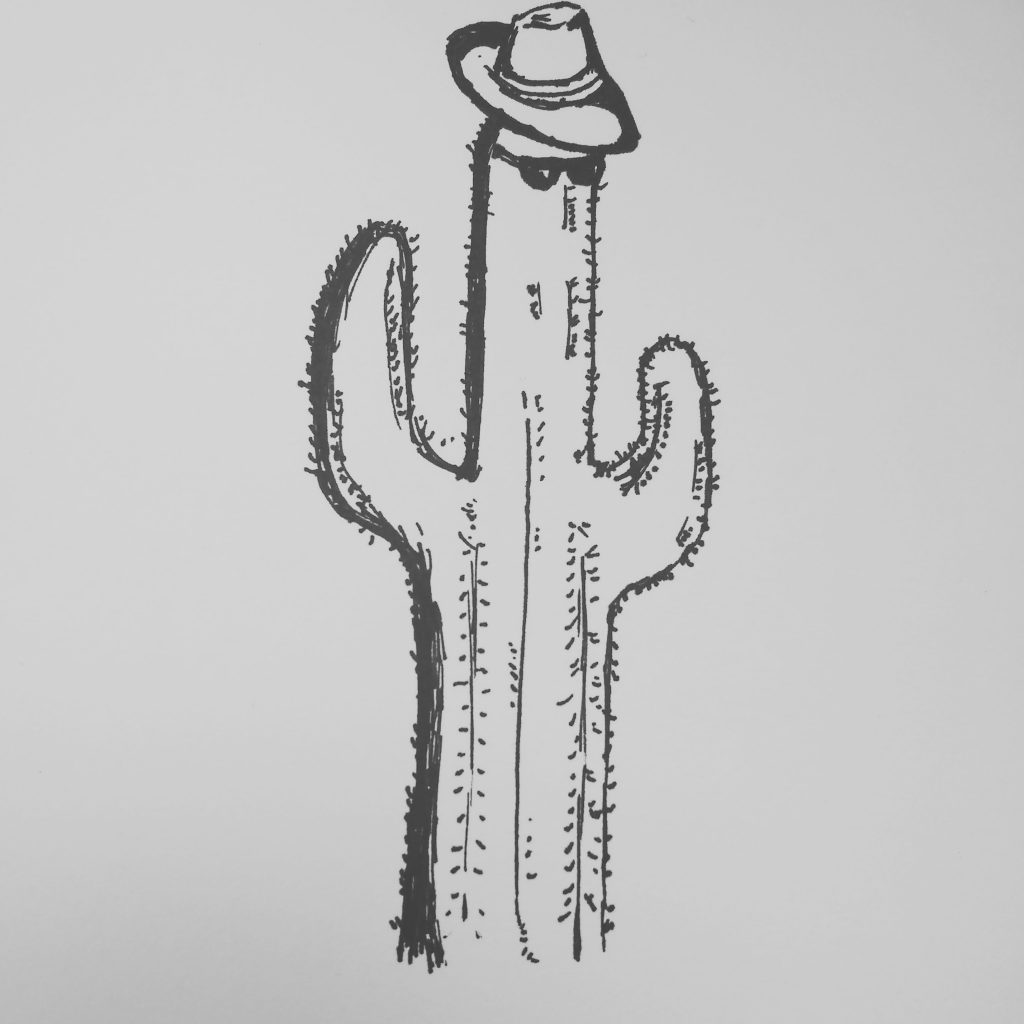 I gave myself a small conciliatory pep talk and went right back into what I do best: horrible visual puns! At least this Saguaro has a sense of style. Or plays bass in a ska band. I stood back and surveyed my clever use of humor and clumsy rendition of a Trilby before I checked social media. Big mistake. 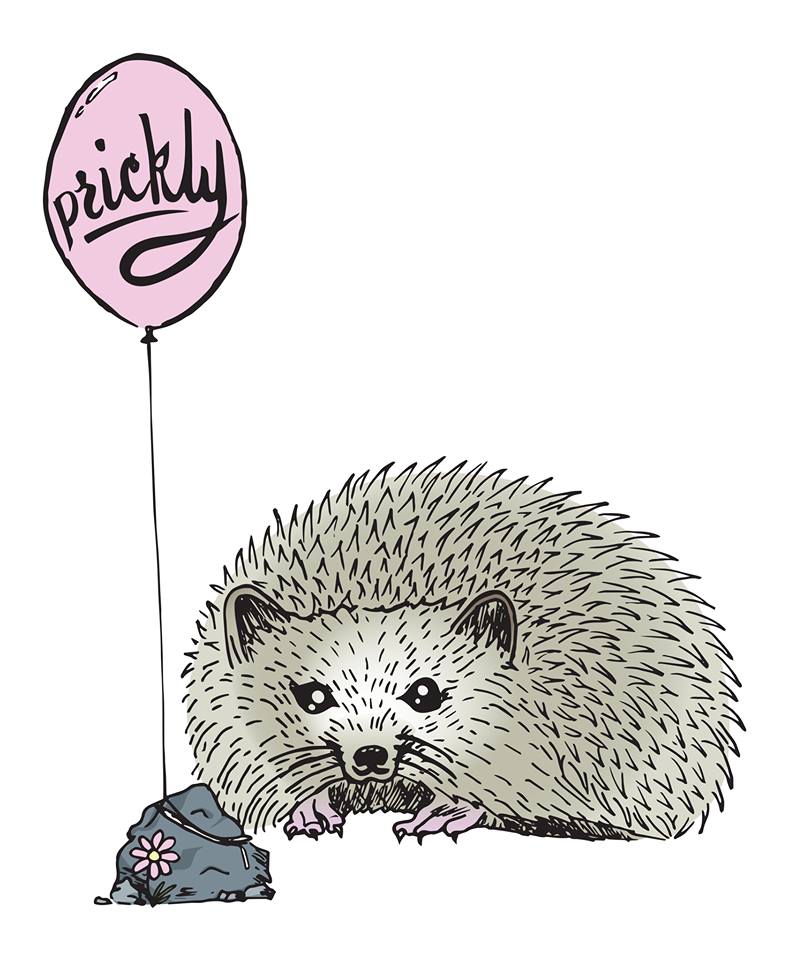 Back to the Drawing Board 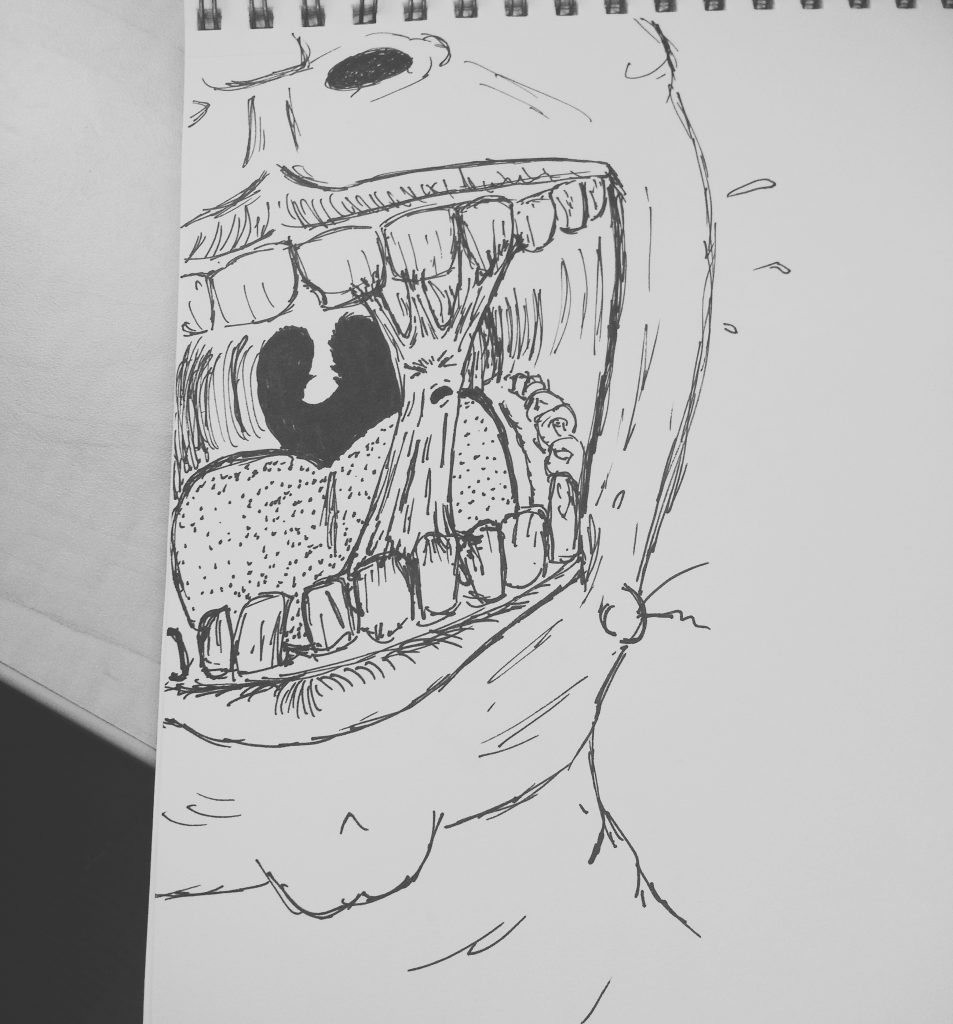 It’s no secret that my Inktober journey has been largely inspired by the awesome body horror work of Anjilla Ulfhednar. Her work often contains distorted, horrifying proportions and surrealist juxtapositions. As I mentioned in Part 2: Check out her Instagram account if you haven’t already.
In this case I decided to combine my love for anthropomorphic objects with my love for terrifying extreme closeups. Just chew your gum, sweetie! 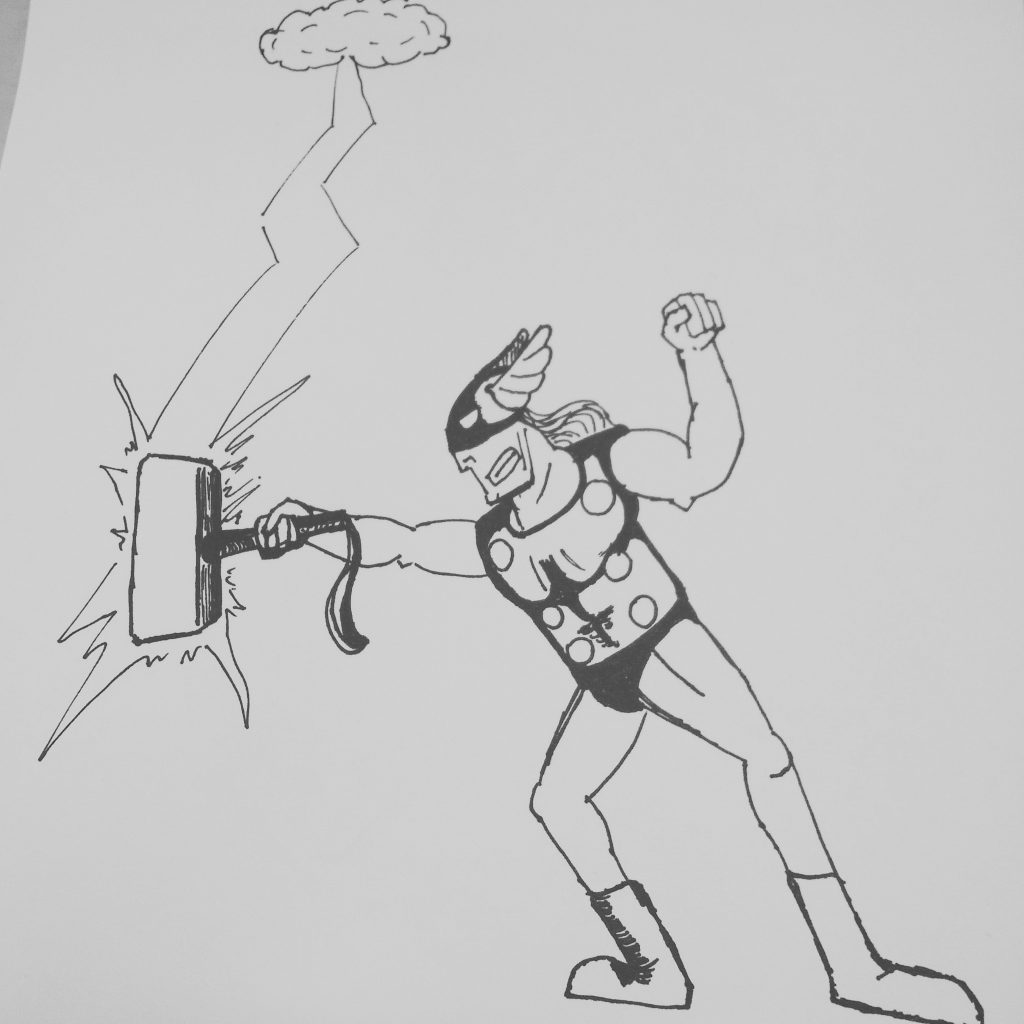 What started as an experiment in clean lines and simple cartoony presentation devolved into this amateurish mess. My rendition of Marvel’s Thor is pretty much a backwards embarrassment. God of ThunDerp, indeed. 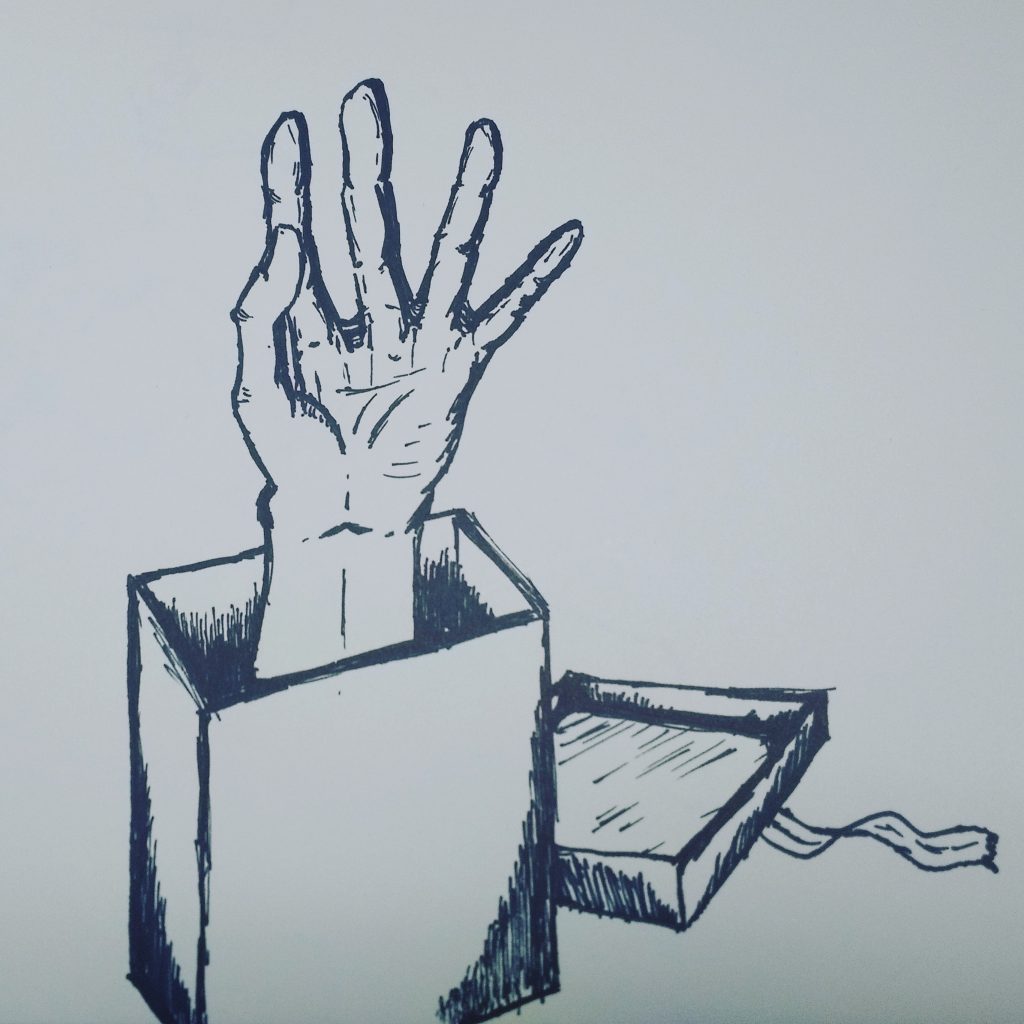 I had a desire to do more drawings in the spirit of the season. Ever since childhood, I’ve had a love for The Addams Family. Not just the movies from the 90s, either – I spent many childhood evenings enraptured in their silly spooky sitcom through reruns on syndicated television, and later again on Nick At Nite. This sketch was somewhat of an attempt at realism. I tried to recreate the beloved Addams pet, Thing. It’s a little on the flat side, and somewhat deformed, but uh… hands are hard to draw. 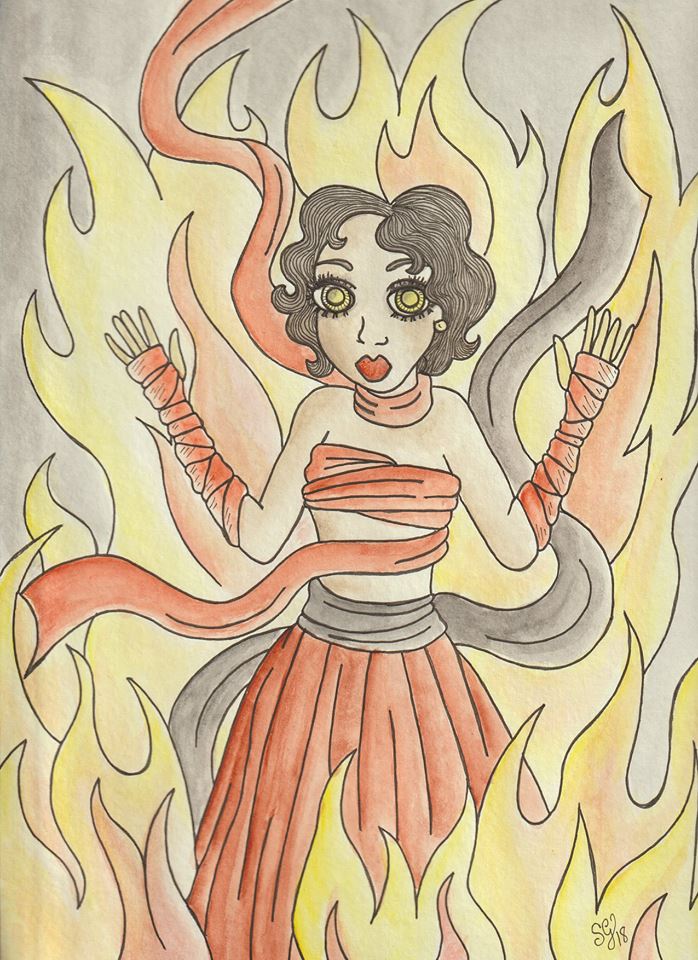 Turns out that I’m not the only one with the Halloween spirit on the mind. Sammi Gruman does an annual Inktober contribution based on the holiday theme each year. This year, she has compiled a long list of phobias and created a detailed image for each featuring her colorful style. 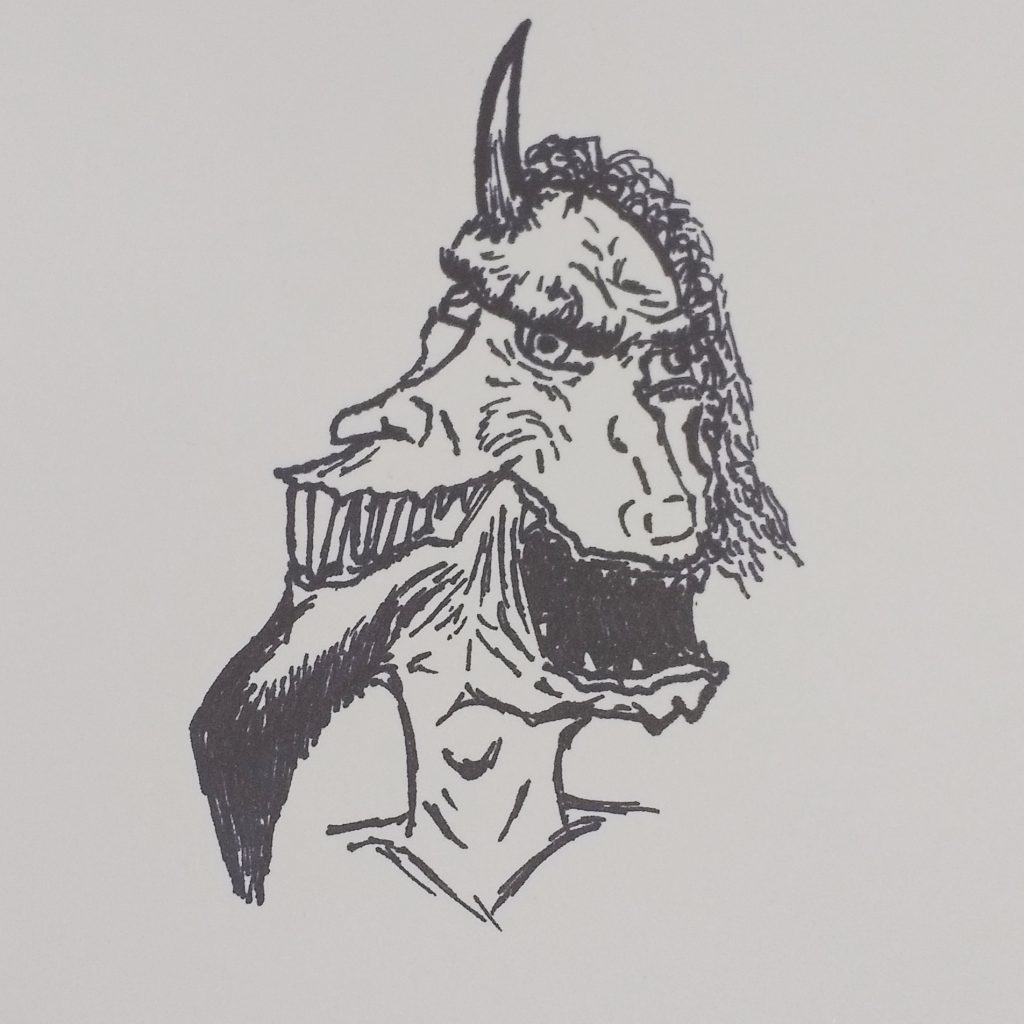 Since I felt a bit outshined when it came to cute drawings, I decided to fall back into my other comfortable niche – body horror – once more. This quick doodle of the Greek mythological figure Janus represents pretty much how I feel about the current timeline. Past and future are both conjoined, horrifying, fixated a little too much on the present, and stupid as hell. 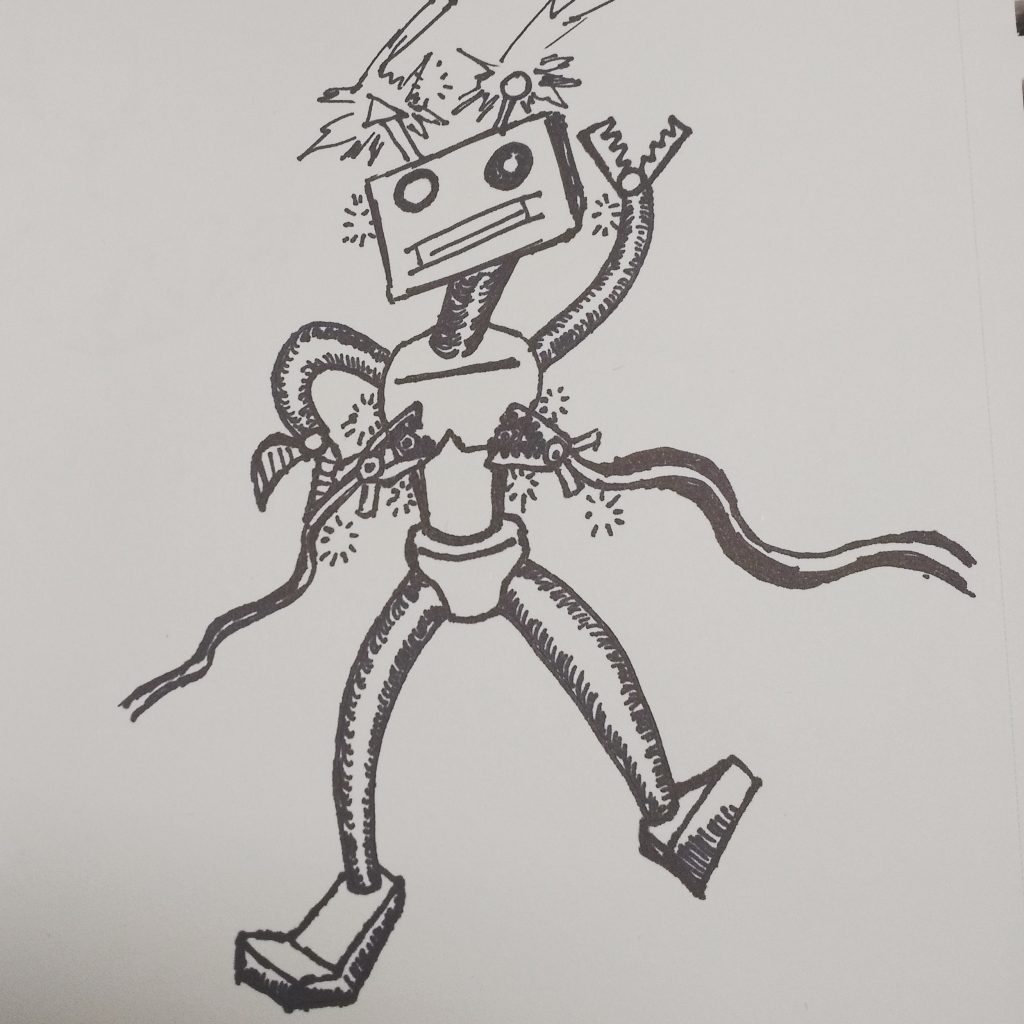 I don’t work in IT, but I’m pretty sure it’s just like this.

I was about to cross the finish line. The taste of success was nearly on my lips, but… boy, was I hungry. Jumping on the Inktober website, I spotted the final prompt for Day 31: “Slice”. There was also something else I must have scrolled past at least 30 other times over the month… 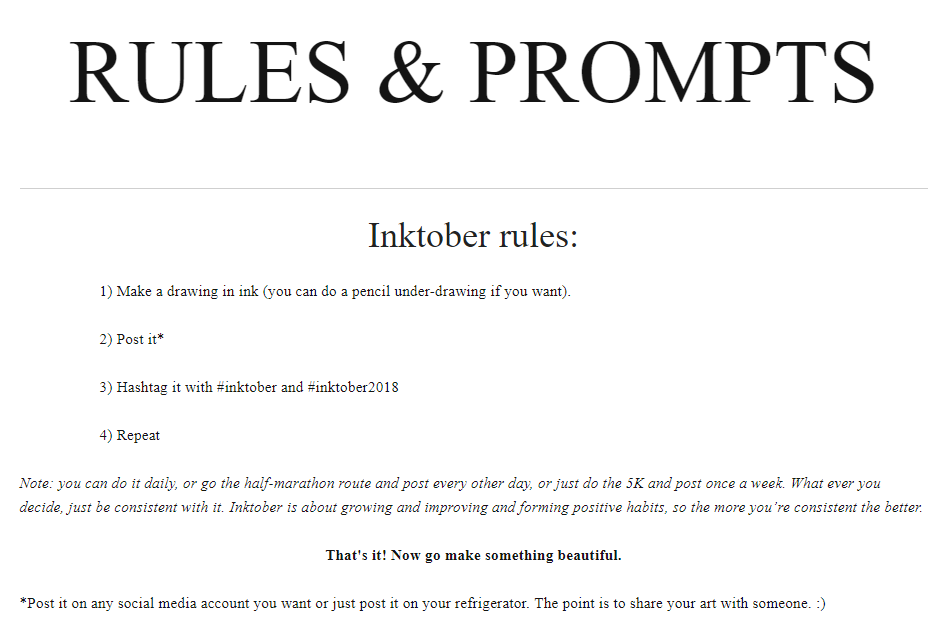 Wait, do you see it?

How on earth did I miss that? Aaaagh! Inking over pencil is pretty much easy mode compared to straight ink-to-paper.

Well I’d had enough – now I was determined to make this last entry the best I could. It would be a true test of my newly-reacquired skills. 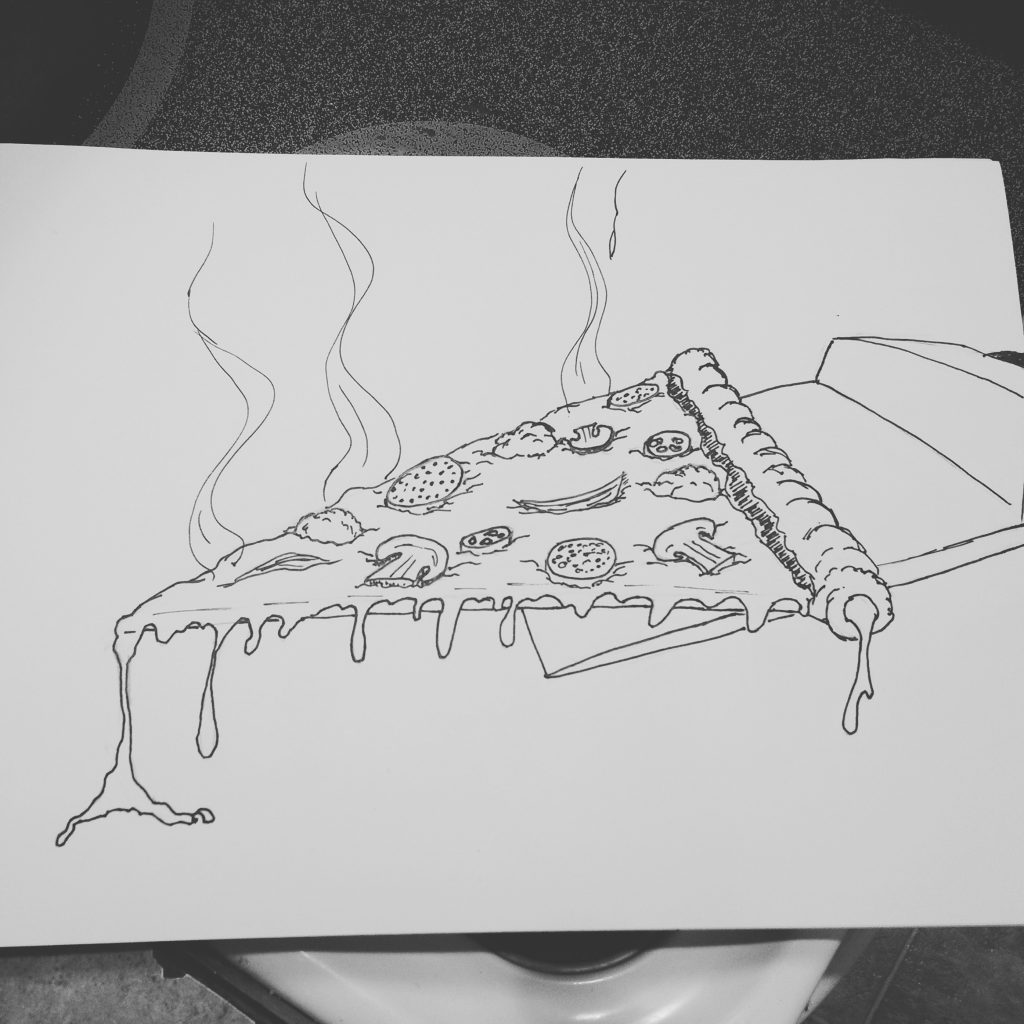 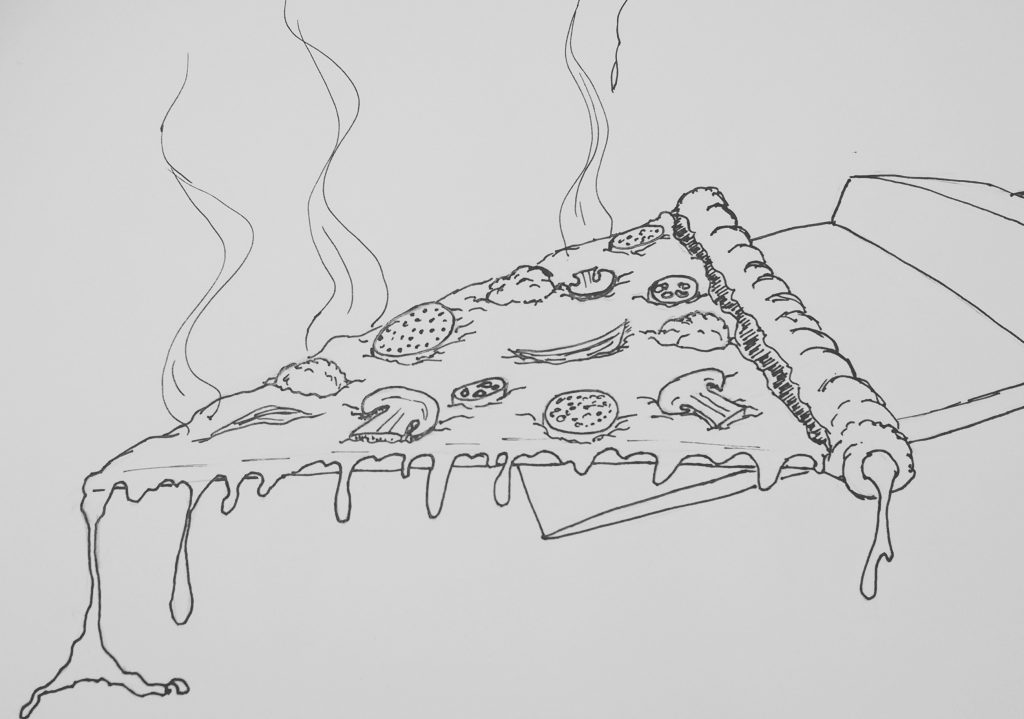 Atsa nice slice. I mean, at least I think so.

Eschewing my normal heavy-handed shading for pencil linework and careful inking, I channeled my hunger into the first thing that came to mind. My pen quickly formed a hearty slice of stuffed crust ‘za, dripping with gooey mozzarella and topped with a liberal heaping of everything. Except pineapple. Still, that’s a pretty good-looking slice! Overall, I’m going to consider my Inktober experiment a success.