Hyper violent neon fever dream Rage 2 released this week. So, what better time to revisit Rage, the 2011 drivey-shootey-craftey hybrid game from the masterminds of shooter mayhem? If you prefer to watch the in-depth breakdown of id Software’s 2011 wasteland curiosity, click the video above or visit 2 Headed Hero on YouTube!

I’m a longtime fan of id Software. Even before their famous bloodsoaked shooter, Doom, chainsawed its way to the top of PC gaming in 1993, Id was releasing fast and fun platformers that rivaled its console counterparts. However, Rage, the subject of today’s retrospective, came across as a bit of a mixed bag.

What is Rage? How did it succeed – and where did it fail? These are questions with no simple answers. Well, there’s a coop mode, which is… completely dead, and buried behind a few menus. There’s also a multiplayer vehicle combat mode, which is equally dead. So today, we’ll be concentrating on the main meat of the game: the campaign. 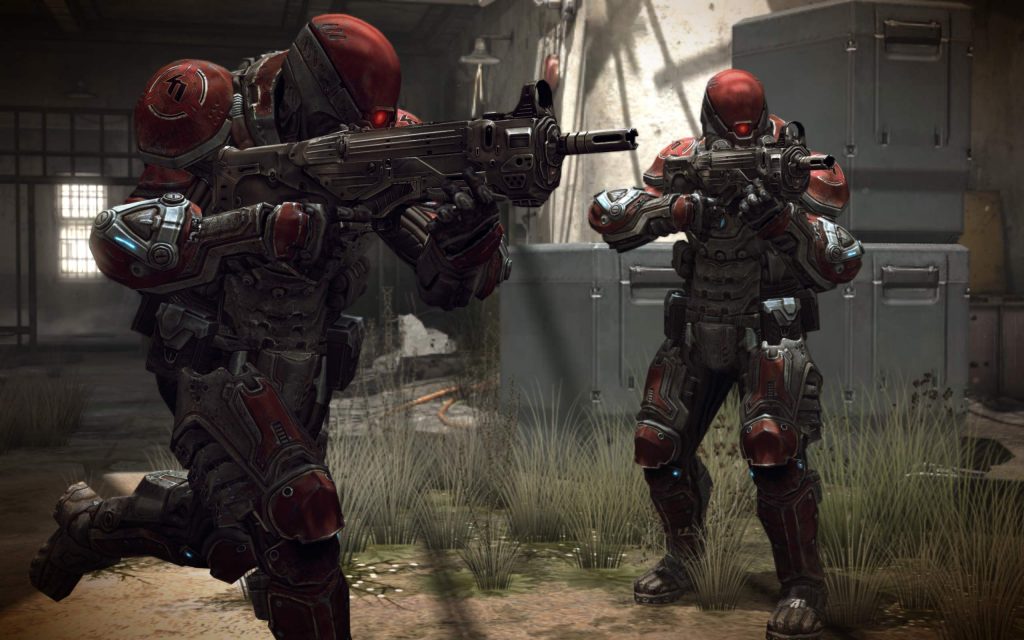 Rage takes place long after an asteroid devastates most life on Earth. Eden Project, a last-ditch effort to save humanity, was created by the US Government before the meteor strike. Volunteers were frozen and buried in techno-sarcophagi known as Arks so they can awaken a century later to rebuild civilization after the dust settles. Naturally this doesn’t go according to plan. Players slip into the Ark suit of Lieutenant Nicholas Raine, former US Marine and Eden Project volunteer. After a rude awakening in an Ark filled with the corpses of the other volunteers, Raine is immediately attacked by bandits. From here, Rage begins proper. 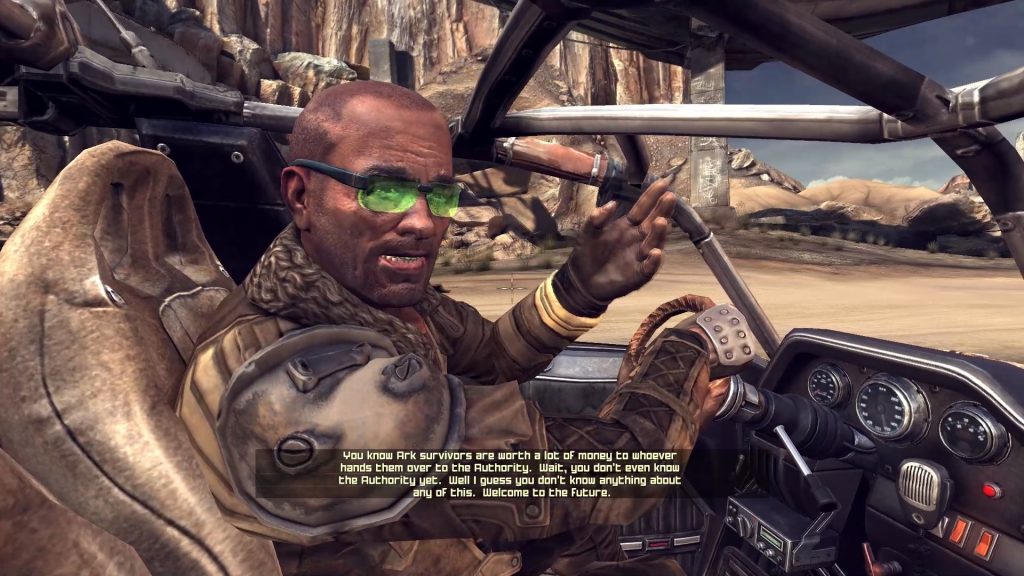 I find it kind of hard to believe that Rage won some commendation awards for graphics. The character models and effects all look OK for a 2011 game, but some of the environments look like doooo-kie. That’s not just because of the abundance of brown, either. Get close up to a wall, and it looks like Minecraft is about to ask where its missing blocks went. 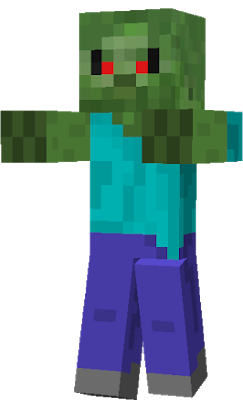 Hey guys, I think I left something behind in Rage‘s wall textures.

Fortunately, I stumbled across some fixes for the PC version that made a massive difference. If you plan on playing Rage, I’d recommend taking the time to tweak the game. 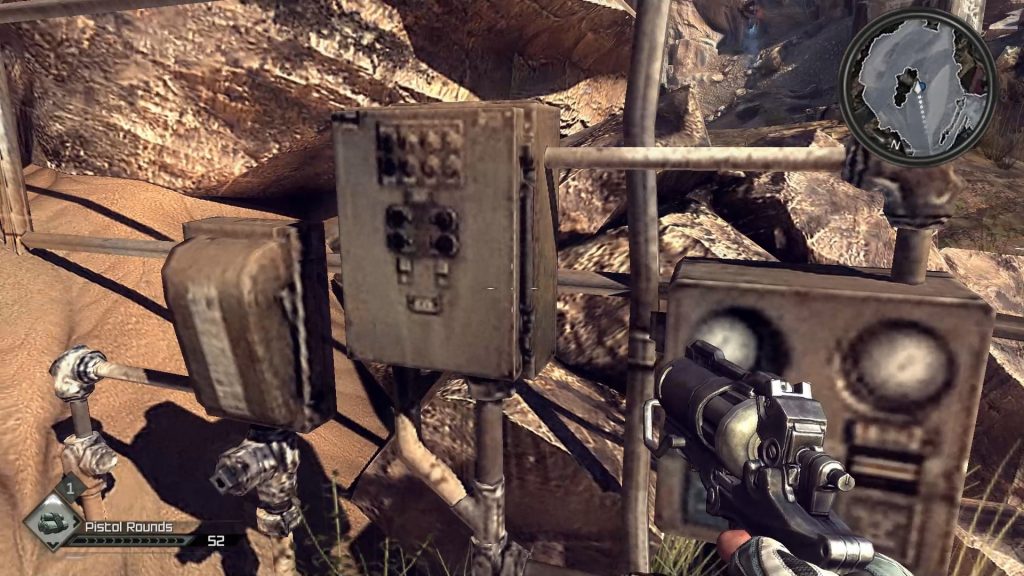 Otherwise you’ll be stuck with some chunky environments.

Sound design is standout here. There’s a few sounds that seem unbalanced, like engine noises or the absolutely awful pistol sound. The other sounds are mostly excellent.  During the firefights, enemies will shout orders and call out your position while you drown them out with the metallic clap of your assault rifle. Each battle crescendos as the epic film score kicks up the adrenaline into high gear.

Rage Against the UI

It’s pretty clear that the user interface was designed with a lot of console considerations in mind. The menu systems confirm my suspicions, and they aren’t handled particularly well. Switching between weapons and ammo types seems designed around a controller. Something like a radial menu with all your stuff (like in Dishonored or Doom 2016) might have worked wonders. As it stands, assigning items and weapons and being limited to four slots for each feels clunky. 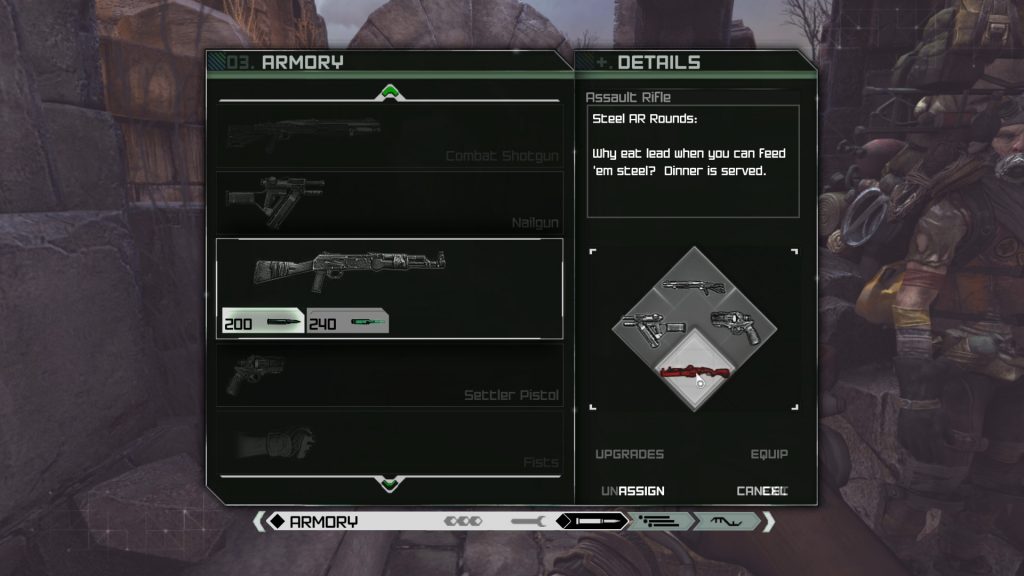 Despite these shortcomings, Rage makes up for its wonky walls and unusual user interface with great character animation, lip-syncing, weapon effects, lighting, and designs.

Character designs are superb. Rage seems to have pulled scenes straight out of the Mad Max films, injecting them with id’s signature futuristic fusion of flesh and machine before cramming them inside the game. Each citizen of the settlements has a unique design, and all have at least a couple of voice lines. 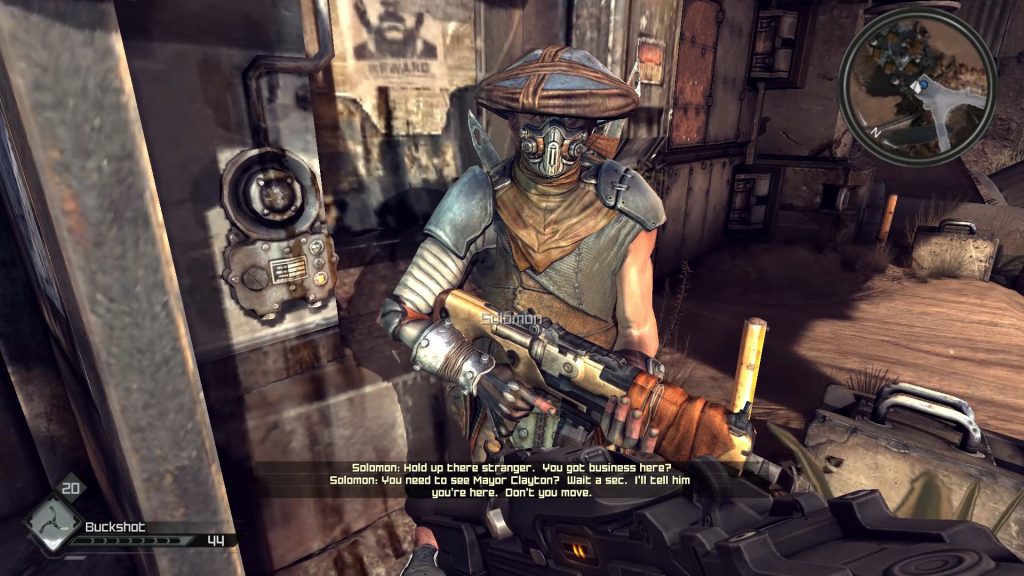 The voice acting is real quality stuff. Industry veterans like Paul Eiding, Claudia Black, and John Goodman all contribute performances. There’s a decent amount of cutscenes that advance the story, but the writing is pretty lean and the plot lacks good pacing.

Your silent protagonist is railroaded into a standard “freedom fighter” plot against a faceless oppressor called “The Authority”. Before you get to all that, every down-on-his-luck settler will get in your way – sometimes physically – until you agree to take care of their dirty laundry. Apparently The Authority is a technologically superior group of Ark traitors, and it’s up to your scrappy survivor to help the lazily named “Resistance” take them down and bring equality to the wasteland. Real imaginative work here, guys – it’s the stuff of a high-schooler’s creative writing notebook.

A Rage of Sunshine 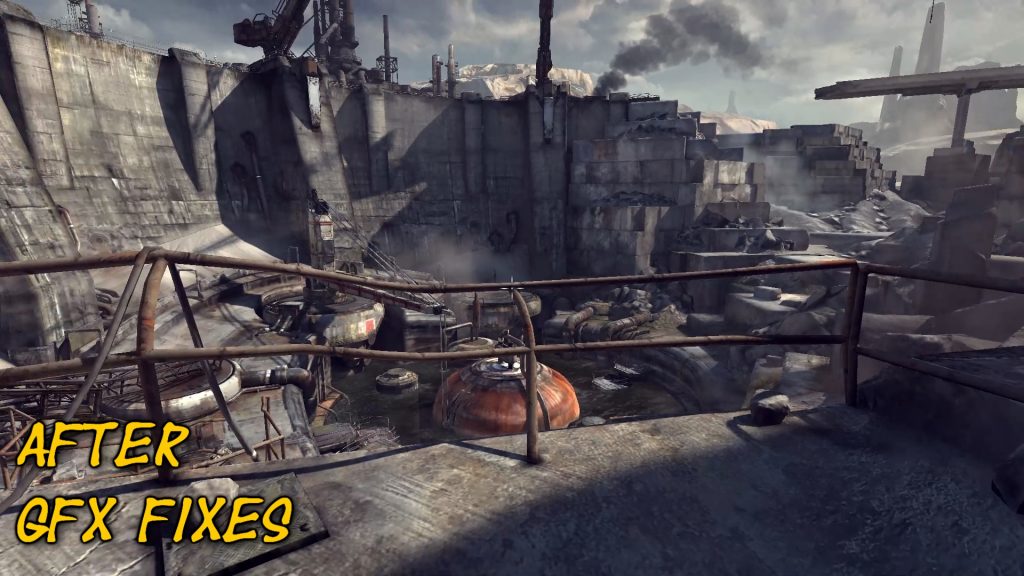 Battling the wasteland’s enemy factions is definitely satisfying, and it’s here that we see Rage show off the old id Software magic. The sudden direction change of an enemy that gets impaled by a wingstick is really satisfying. Dismemberments are chunky. Explosions often leave nothing but a red mist. Headshots are brutal, and blood spills by the bucketful. There’s a lot of variety in enemy designs. The AI isn’t super smart, but clever enough to retreat, employ cover, rush and flank, lead you into crossfires, or flush you out with grenades. 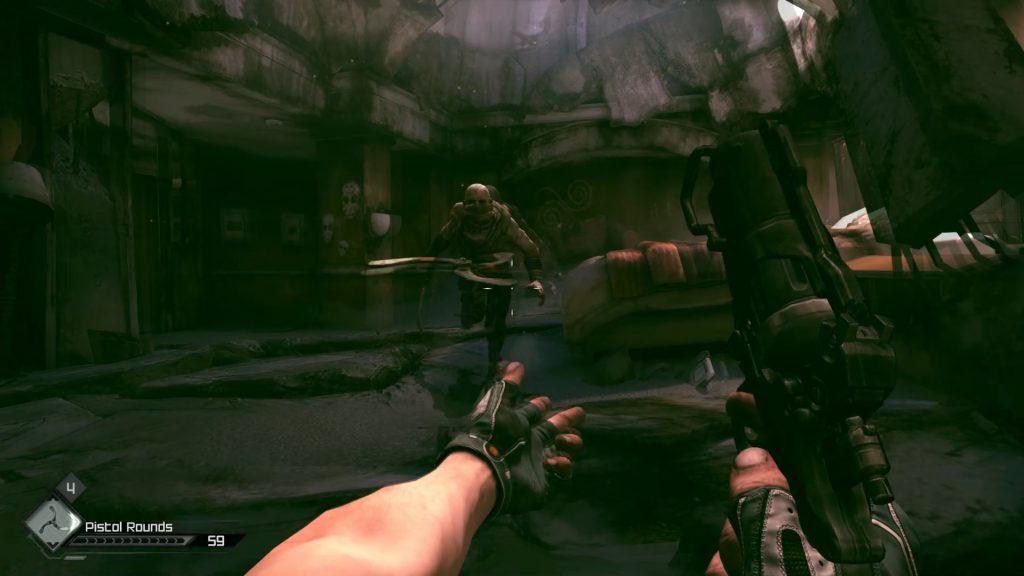 This guy is about to be a lot shorter, thanks to the Wingstick.

Toys for the Boys

The arsenal at your disposal is enormous, and the gunplay feels good. There’s only about ten guns in total, but most of them have alternative ammunition types. I have to emphasize here that I really love this approach. Rage’s lowly pistol can launch powerful salvo bursts or magnum rounds, crossbow bolts have a variety of payloads (including dynamite and mind control poison), and the shotgun can also chuck grenades or fire pulse blasts. The Scorchers DLC adds a Nailgun with three more ammo types to the already-crowded arsenal. And of course, what would an id Software game be without a BFG? 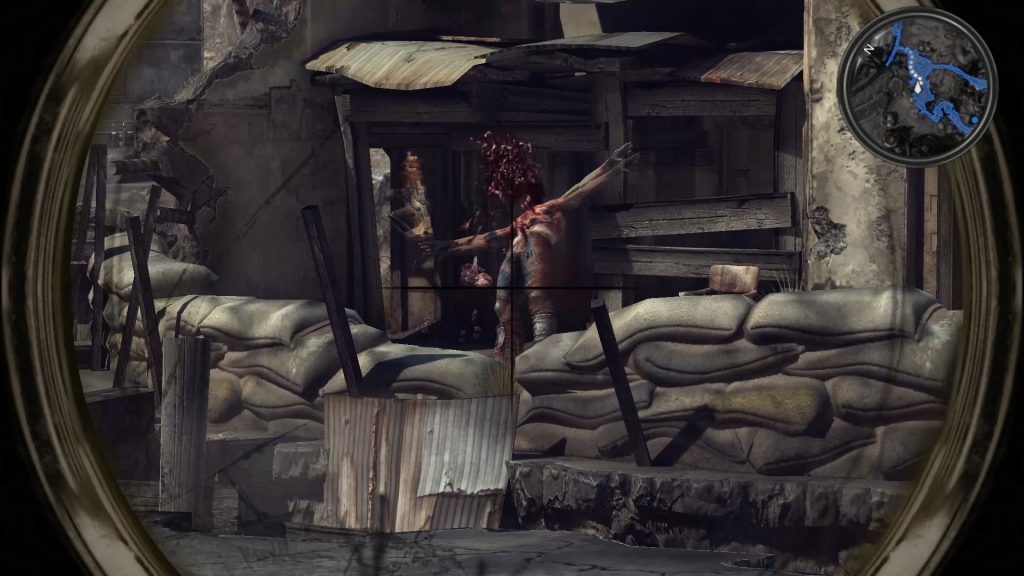 Rage also supplements the beefy guns with some fun toys to toss around during its many firefights, such as auto turrets or grenades. The best of these is the Wingstick, a silent but deadly homing boomerang that can lop off limbs or stick into skulls before returning to your hand. These items can all be made with the game’s simple crafting mechanic, which means that scavenging for parts and recipes can really pay off.

The carry limit for ammo and items is extremely high, and items are fairly cheap. By midgame I was sitting on a back-stock of bandages, thousands of rounds of ammo, and like fifty Wingsticks. This might be a bit of a balance issue, but I actually found that the near-limitless inventory space  made the game more fun. Rage throws a lot of swarms your way, so stockpiling your favorite stuff makes it possible to power through with your preferred weapons instead of having to constantly swap your arsenal in and out with the clunky selection menus. 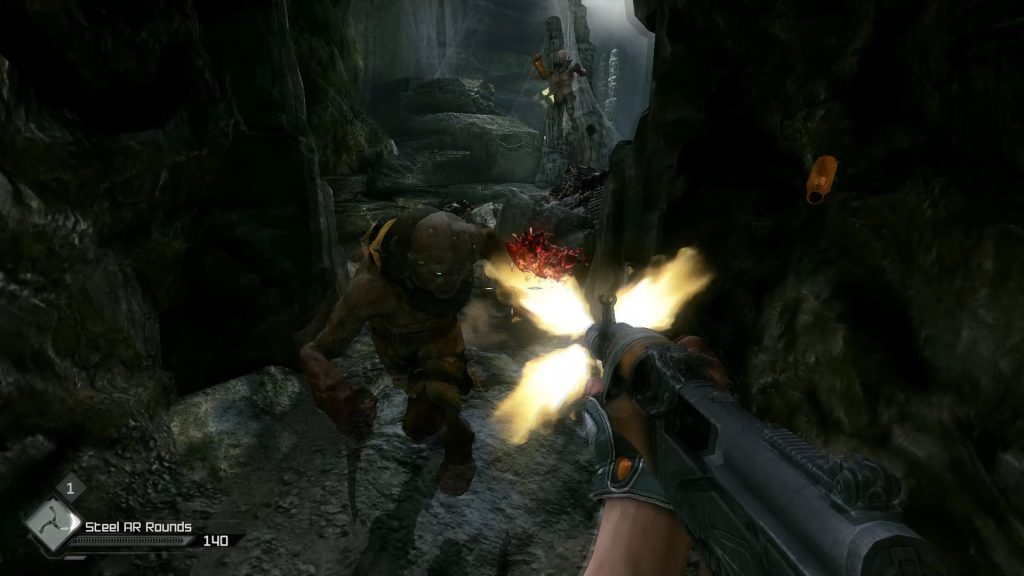 Rage has some great gunplay, but it’s not entirely perfect. Enemies are damage sponges. Sometimes it can take multiple headshots or entire magazines of assault rifle ammo to bring down a single bandit. It often feels like there’s only a half dozen enemy types.

Even though the enemy factions and mutants all look vastly different, many of the rank and file enemies are functionally similar. This can often give Rage a “been there, done that” feeling as you enter the game’s final chapters.

Rage has some just plain weird gameplay design choices. Decades in the deep freeze must do a real number on the lungs, since your Ark survivor kind of handles like an obese man with asthma. Hope you didn’t expect a sense of mobility, since your super soldier has a six inch jump height and runs out of breath after a twenty-yard sprint.

There’s a “Call of Duty” style regenerating health mechanic that seems out of place. This is basically explained away as “ya got blood robots, son.”

OK, I can accept that. Now, there’s also a defibrillator mini-game that allows you to come back to life when you get taken out.

Sure. So it’s a little more forgiving if you trip on your own grenade. I get it. And it’s on a timer, so you can’t just keep coming back like Groundhog Day. Fair enough.

But wait – you can also craft and use healing items?

Rage, buddy. Just pick regenerating health – or don’t – and stick with it.

This seems like it might be another concession to console gamers in the Call of Duty dominated landscape of Rage’s release year. Or it could be an attempt to band-aid the sparse autosave system. From the beginning, Rage advises players to save early and often. This is pretty good advice, considering no amount of blood robots or bandages will save you if your car explodes. 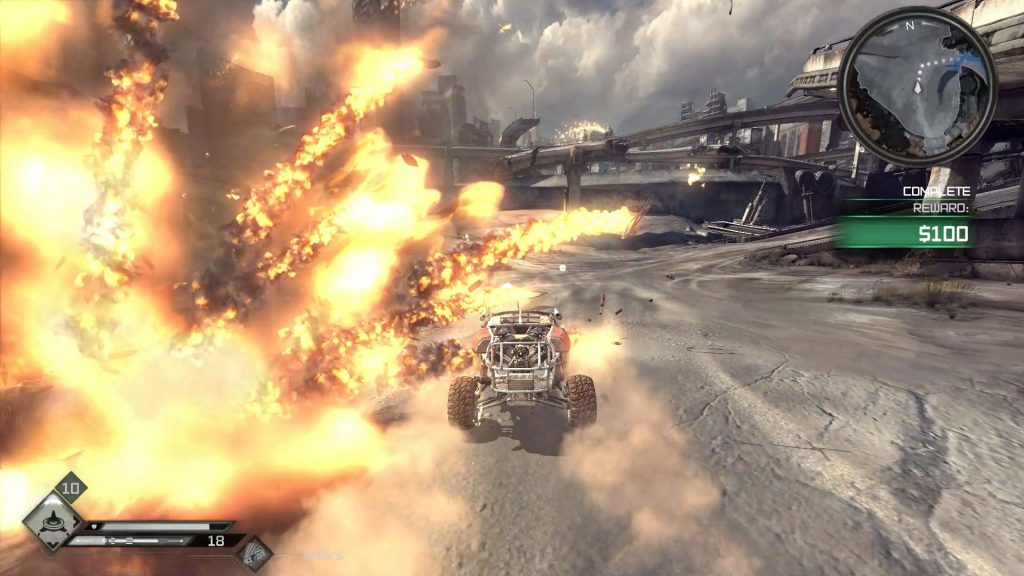 Rage marketed heavily on its marriage of corridor shooting and combat driving, which sounds awesome – in theory. It’s too bad that the vehicles are largely just a way to get from one mission to another. A lot of work was put into vehicle combat, car customization, and a pretty hefty amount of race events, but they are almost entirely optional. Only a couple of the main campaign missions require a specific car, and I found the races to be extremely easy. You can also play Fedex Driver, if you want to. There’s not a whole lot to do or explore when you’re behind the wheel, since the world of Rage is relatively small.

A few issues also arise with how vehicles handle. Every car in Rage seems to have concrete tires and weigh thirty tons, because it’s pretty hard to catch air. Steering can feel a little sluggish and unresponsive at times, and getting stuck on a highway section caused more than one death at the hands of bandit missiles. This kind of makes me wish id would have ditched the vehicles and mini-games altogether and concentrated on adding more shooter sections instead. 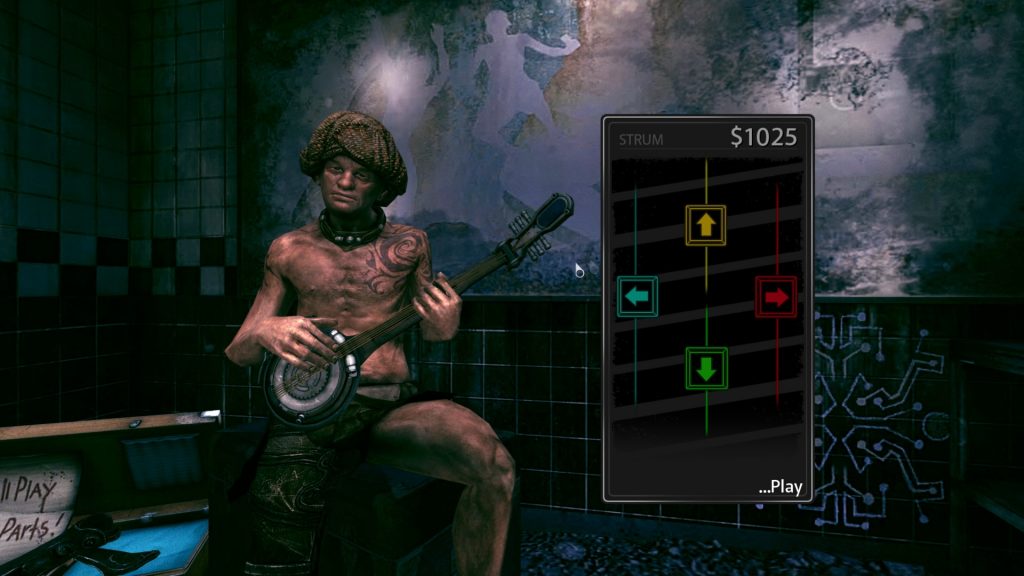 In the post-apocalyptic future, there is only Banjo Banjo Revolution.

Whether you want to meet your match at the Knife Game, throw cards in Rage Frenzy, play Hologram Dice, or out-banjo a one-legged man, Rage has got a lot of diversions. Players can earn some cash with these, even though money is already easy to get by selling off junk found in the levels. The mini games are all competent enough, but like the driving segments, these only served as marginally fun and entirely unnecessary distractions from the main campaign. 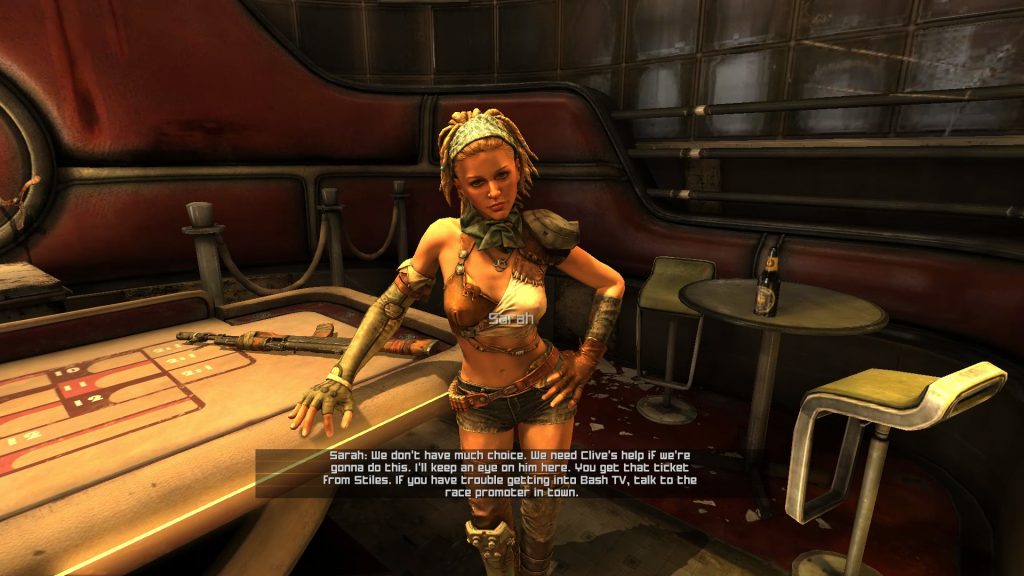 Sarah is your guide throughout the much more interesting Scorchers DLC.

It’s kind of a shame that the campaign in Rage is so short. The shooter segments are by and large enjoyable. The world-building and designs are stylish. The plot seems really rushed, and the characters lack development. There’s also the occasional bugs, but nothing broke the game for me. 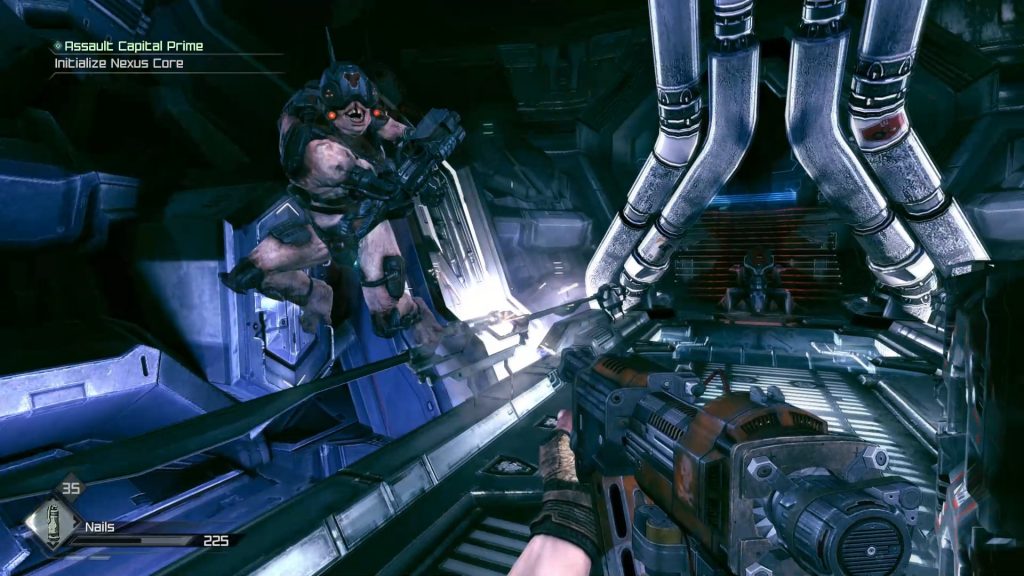 The worst offence Rage commits has to be the ending. It’s one of the most unsatisfying finales I’ve ever played. The Scorchers DLC has a way more fulfilling arc, and culminates in a big boss battle. In comparison, the main campaign ends without warning after a wave defense section, plays a cutscene, and drops you into the main menu. 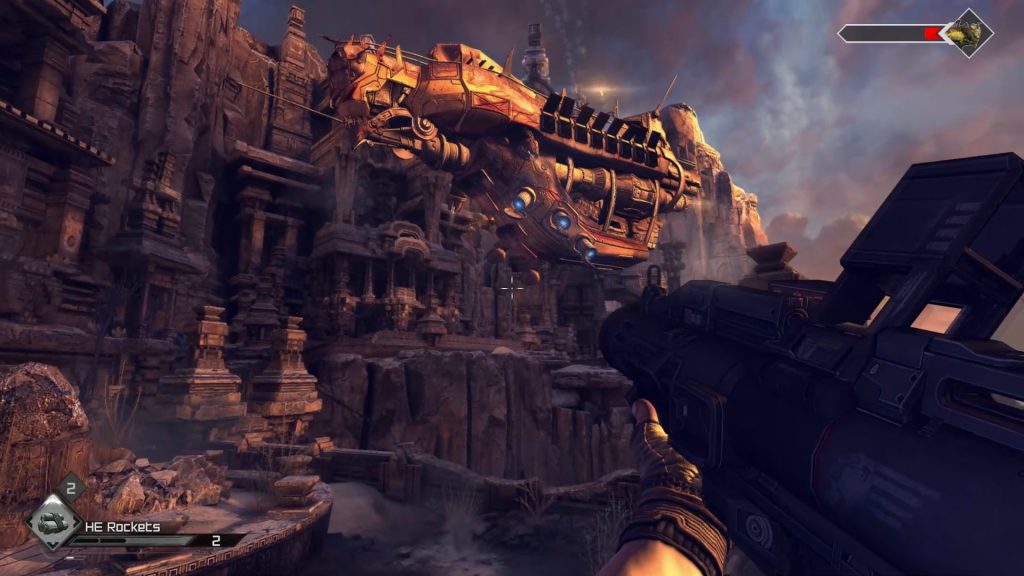 Now THAT’s a boss! The Scorchers DLC has a much more satisfying conclusion.

Even when you consider all the shortcomings Rage features, I still had a pretty good time with it. It’s a bit rough, and feels like about three-quarters of a finished product, but it’s also nice to see id trying something outside their comfort zone.

Would I recommend it? Well, I’ll put it this way – if you want to play an enjoyable shooter and don’t mind delivering the occasional Fedex package in the downtime, Rage might be for you. If you’re looking for something that also satisfies the car combat itch, then maybe Rage 2 can deliver on the promises the first game couldn’t.