Marc Ecko seems like quite an ass, but darned if he didn’t design some good clothes for geeks. Last year, it was announced he and Lucasfilm was team up to make some expensive hipster Star Wars-themed apparel, to coincide with SW’s 30th anniversary. 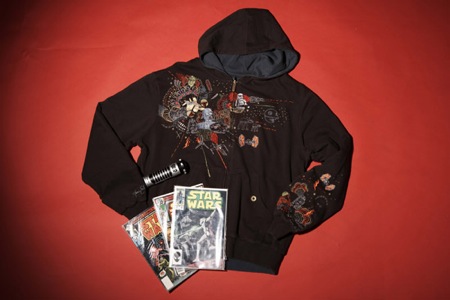 The apparel ranges from T-shirts to hoodies to more hoodies, and admittedly some of them look totally ridiculous, like the rhinestone Stormtrooper hoodie (a sentence I thought I’d never have to type). However, we can’t help but the love “Set For Stun” hoodie, seen above (close-up below). It’s a mere $78 at Macy’s, although I feel fairly confident the Macy’s model wearing the hoodie there could not name the three original members of the Max Rebo band. 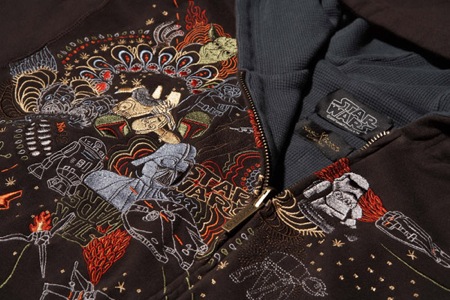