Menu
Home
>
Movies
>
Indiana Jones and the Kingdom of Rather Expensive, High-End Collectibles

I’m well aware there’s a new Indiana Jones movie coming out this summer, but I’m kind of baffled by the amount of mass-market toys coming out for it. First of all, Harrison Ford is like 85 years old, and looks like he’d rather be drinking scotch from the bottle in a La-Z-Boy rather than filming a movie; it’s not exactly what kids are dying for in their movie heroes. Second, other than Indiana Jones himself, none of the other action characters matter. It’s all random Middle Eastern cultists and generic Nazis. Third, of the few characters who do have major roles, if your child wants a John Rhys-Davies or Karen Allen action figure, put him or her on some kind of medication immediately. 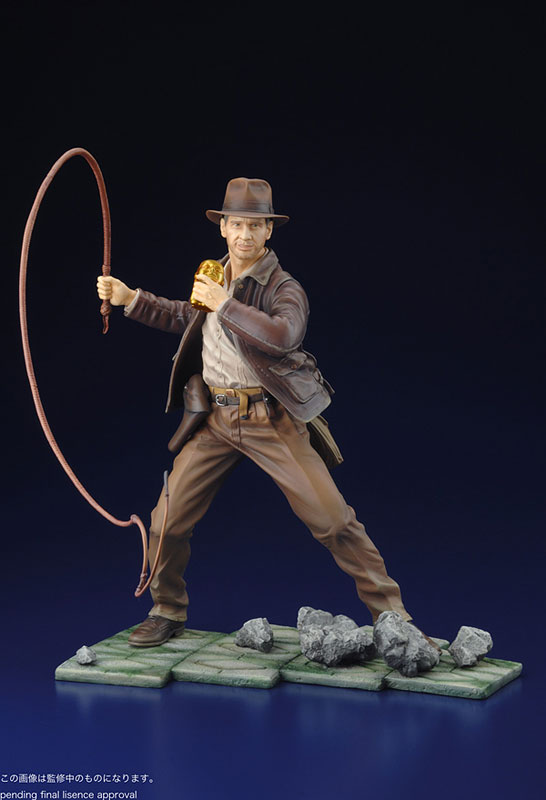 So, to my mind, making, really nice, expensive Indiana Jones stuff?of just Indy?for the 30-somethings who loved the movies as a kid makes the most sense to me. Thus, Gentle Giant’s released pics of a great Indy-on-horseback-shooting-at-Nazis statue, along with a mini-bust (see both after the jump); and there’s a nifty PVC statue from Kotobukiya, complete with whip and golden idol, shown above. Notice the lack of Karen Allen statues. 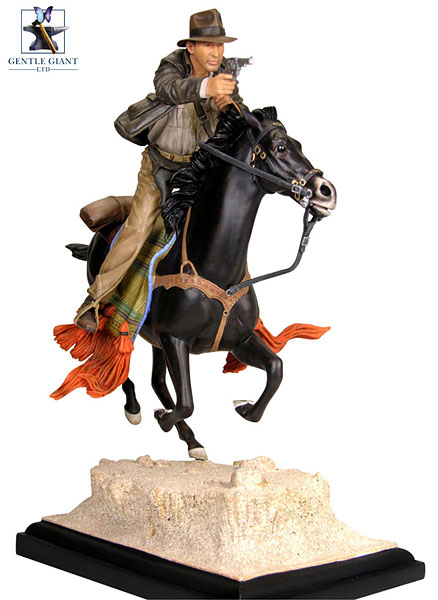 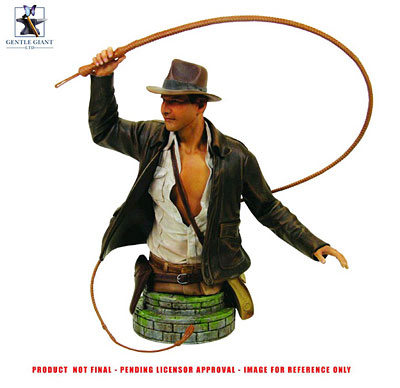