Menu
Home
>
Movies
>
Breaking: Not All Star Wars Merchandise Conceived of is Actually Made

Well, it’s news to me. I assumed as soon as someone had a way to slap a Star Wars logo on a product, it was given to George Lucas who put his “approved” stamp on it (the “not approved” stamp having been lost in 1993 or so) and then someone company was told to make the damn thing. Now I find out that former product designer Jason Geyer actually had a few Star Wars merchandise ideas turned down by Lucasfilm, even though some of ’em were pretty good. 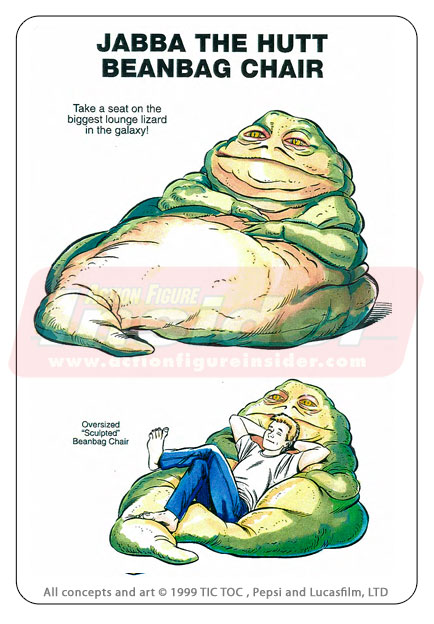 While I wouldn’t want a Jabba bean bag chair, I’d kill for an AT-AT couch caddy. See the rest of the rejected ideas?including the Leia hair headphones and Cloud City desk lamp?here.