What? Ol’ Yarna d’al’ Gargan didn’t do it for you? You stupid Star Wars toy collectors. It’s no wonder Hasbro had to start making figures from the old Marvel and new Dark Horse comics to keep you happy, seeing as you refuse to be contented with the most hideous characters who had all of five frames of screen time. 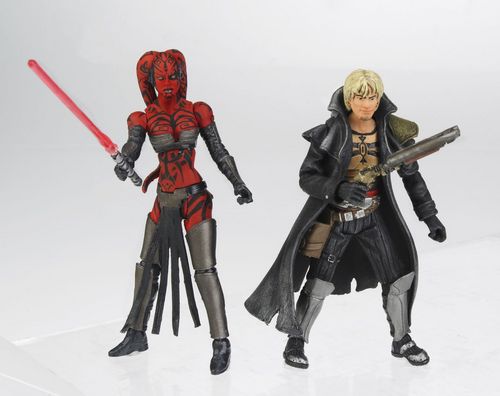 Cade is Luke’s descendant, a smuggler, has Jedi powers, and is kind of a dick. He’s rather fun to read about, knowing that Luke is up in Force heaven, totally mortified. Next is Leia and Xizor from Shadows of the Empire: 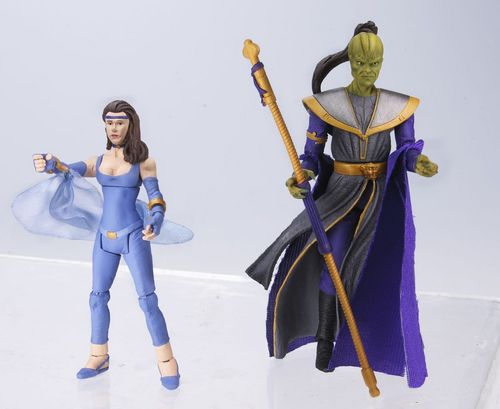 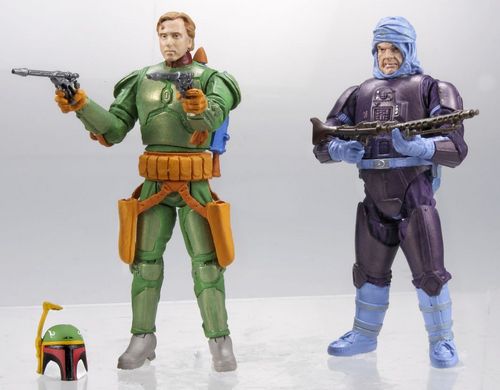 I have no idea why Dengar is hanging out with a Boba Fett wanna-be named Fenn, and I steadfastly refuse to find out, as I’m sure it will make me mad. Meanwhile, meet Antares Draco and Ganner Krieg. 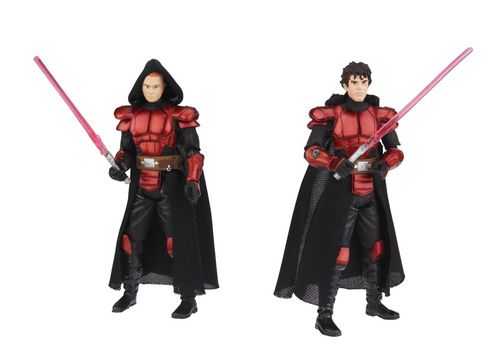 Despite the stupid names, these guys are part of the reason Legacy rocks?they’re Imperial Knights, a new order of half-Jedi who are loyal to the Emperor and no one else. They aren’t bad, but they are bad-ass. And last, but not least is this honky:

Yes, a white Vader. In Star Wars Infinites?the SW What if? comic, specifically the Return of the Jedi one?C-3PO breaking in Jabba’s palace leads to a new but highly reasonable chain of events where Luke and Leia both confront Vader on the Death Star, and turn him from the dark side of the Force and keep him alive. Vader doffs this new set of white armor and decides to help the Rebels hunt down the Emperor. It was pretty awesome. Incidentally, white Vader comes with a boring Endor Leia, so I’m not showing her.