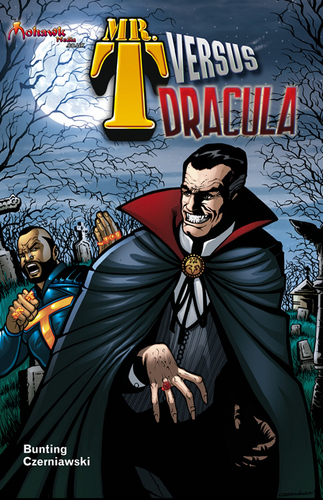 I hate April Fool’s Day, mainly because I’m kind of stupid and almost always fall for one of the fake news stories that appear. But a press release touting a British comic featuring Mr. T fighting Dracula is not one of them (awesome though it might be). You can read an elaborate interview with the author Bunting here, and see covers 2 and 3 of the Mr. T Versus line, which include Wolverine and Dr. Who (admittedly, see Mr. T stepping out of the Tardis is also kind of awesome, although it’d be cooler if he were covered in blood).