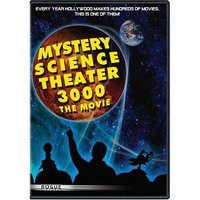 I’m super excited about today, because there are two hidden gems among the shit-pile of anime and other crap. Yay!

? Naruto Uncut Boxset Vol. 7
I believe this set has the death of the Hokage and Naruto first training with Jiraiya, which means these weren’t bad episodes, all truth be told. Enjoy it before VIZ starts releasing those fillers.

? Mystery Science Theater 3000: The Movie
Admittedly, this is hardly the best MST3K episode out there (for which we can eternally blame the studios). But it’s been out of print for quite a while, and now I don’t have to pay $100 for on eBay!

? Lucky Star Vol. 1
If you liked Haruhi Suzumiya, you’ve already been salivating about buying this and the massive amount of goodies in this limited edition. If you have no idea what I’m talking about, just move on.

? The Secret of the Sword
It’s the He-Man and She-Ra movie! This thing rocked my world when I was young, not only because Adora was super, super hot. Here’s how insane I am?even though I totally own the She-Ra best of 2-DVD set, which has this complete movie on it, I’m buying this one just because it has Secret of the Sword packaging, and I’d prefer that on my DVD shelf. Yep.

? Legend of Bravestarr: The Movie
Did you ever want to know BraveStarr’s origin? Well, then this is the movie for you. I’d make fun of you, but I just bought a second copy of the She-Ra movie and thus have no room to talk.