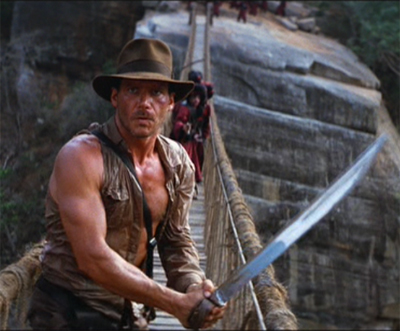 The debate of “Han Solo vs. Indiana Jones” has not been waged for centuries, but it sure feels like it sometimes. Countless websites have argued the subject, and there are even rumors that some early nerds discussed the topic even before the internet was created (imagine!). Some pick the sci-fi swashbuckling of Han Solo, some prefer the marginally more realistic badassery of Indiana Jones. There is one clear truth: in spite of having been in over 50 films since the mid-60?s, people only care about Harrison Ford when he’s playing one of those two characters (unless someone wants to make the case that his portrayal of ?Alexei Vostrikov? in K-19: The Widowmaker will be remembered by history as cinematic genius).

Like Batman vs. Superman or the Beatles vs. the Rolling Stones, everyone has a preference and it?s easy to argue for both sides. But we at TR feel there’s a second truth: that Indiana Jones soundly kicks Han Solo’s ass, certain people’s feelings about Kingdom of the Crystal Skull notwithstanding. And here are the 8 biggest reasons why. 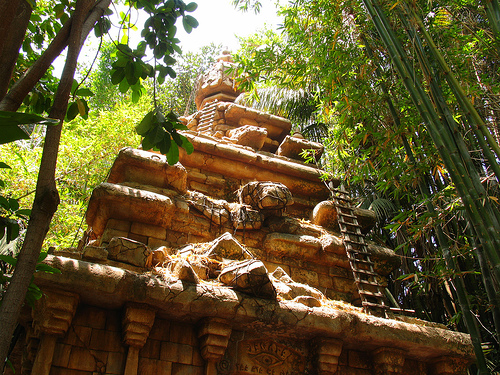 To be fair, Han Solo doesn?t actually appear in Star Tours, but given the mountain of Solo-themed merchandise the Disney company has dumped out over the decades in conjunction with the ride, it seems an appropriate comparison. Simply put, the Indiana Jones-themed rides at Disney parks all over the world are about a zillion times cooler and more fun than lame old Star Tours, which was one of the first to utilize the now-tired ?sit in a jostling chair while you watch a short film? attraction concept on a large scale.

In the Jones ride?at least the ones at Disneyland in Anaheim and DisneySea in Tokyo ? you sit in a jeep and travel through an appropriately menacing temple. Instead of watching a movie while being mildly tossed about, there are undead skeletons, giant snakes, pyrotechnic effects and a less-than-convincing Harrison Ford robot. It?s one of the costliest and most ambitious theme park rides ever built. Comparing it to Star Tours?which is one of the few Disneyland rides that doesn?t have a long wait even in the summer?is like kicking sand on the nerdy kid at the beach. No contest.

At no point does Indiana Jones ever fight alongside or appear in the same frame as an Ewok. Ever. The same cannot be said for Han Solo.

6) The Ladies Can?t Resist Him

In the entire Star Wars trilogy, Han Solo only ever manages to bag one girl, and it?s never even implied that he seals the deal. Granted, it was a reluctant Princess Leia, played by a then-hot Carrie Fisher and there aren?t exactly a lot of female characters in the original trilogy, but still, it?s like he?s not even trying.

Jones, on the other hand, manages to hook up with his female cohorts in both Raiders and Last Crusade, both by using some pretty smooth moves for a guy in the 1930?s, and in Temple of Doom he manages to screw with (admittedly not so attractive) screeching harpy Willie Scott?s head so much she demands he nail her right then and there. If that?s not enough, Jones? sexual conquests in the original trilogy have generally aged pretty well (witness Karen Allen?s shockingly un-aged visage in Kingdom of the Crystal Skull), and one of them is sleeping with Steven Spielberg, which means she never has to work again anyway. It?s not necessary to remind everyone how Carrie Fisher has handled the years since Star Wars to make this point.

5) His Sidekicks Are Awesomer

Okay, okay?everyone loves Chewbacca, his watch-strap bandolier, and his unintelligible grunting, even if he doesn?t do much in the Star Wars movies other than stand around and make his trademark noise. But the argument could be made that even though they?re underappreciated, Indiana Jones? sidekicks are a lot more awesome than Chewbacca ever was.

First, you have Sallah, which is John Rhys-Davies in a fez, which should be enough to convince anyone that he?s pretty great. Then you have Marcus Brody, whose bumbling professor routine never seems to get old (even though the actor playing him did). And lastly, you have Short Round, who is probably one of the best sidekicks ever; his hilarious, borderline-racist persona and cringeworthy dialogue make him just another thing about the under-appreciated Temple of Doom as awesome as it is. Besides, Chewbacca could never deliver the line ?I am very little, you cheat very big!?

4) He?s Got Better Taste In Clothing 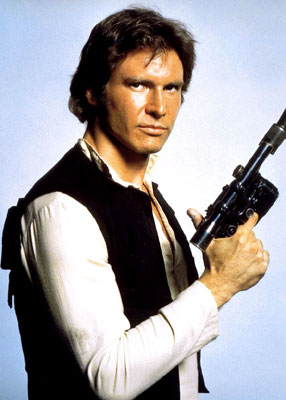 Indiana Jones? look is almost as famous as the films themselves; the ?rugged adventurer? outfit has become so iconic that it?s become synonymous with the word ?adventurer? itself (even if the popularization of the Fedora has encouraged countless fat nerds in trenchcoats to think wearing one in public makes them look mysterious or rugged).

Likewise, Han Solo is famous the world over for his trademark? uh, pocketed vest, knee-high vinyl boots and peasant shirt that looks like it was stolen from the 1972 New Jersey Renaissance Festival. Surely there must be some reason Han Solo isn?t a very popular Halloween costume.

Let?s face it?the Empire in the Star Wars movies is basically a stand-in for the Nazi regime anyway. They torture people, dominate entire planets with an iron fist, and even do the whole genocide thing.

But you can’t beat the real thing, and that’s exactly who Indiana Jones gets to smack around. Since the dawn of video games, Nazis make the best villains, because you just can?t wait to shoot one full of lead guilt-free; so seeing Indiana Jones blow away rooms full of them is all the more satisfying. There is nothing better than seeing a Nazi take one in the jaw.

2) His Dad Is Sean Connery

We don?t know who Han Solo?s father is?and we adamantly refuse to wade through a mountain of bullshit ?Expanded Universe? novels that explain how his dad is actually Yoda or some other nonsense only a hacky fanboy writer could come up with?but Indiana Jones? dad is Sean Fucking Connery. And he pretty much steals Last Crusade single-handedly.

Unless Han Solo?s dad is Batman or something like that (which I guess is up in the air until they stop publishing Star Wars novels), there?s no way he?d come out on top of this one.

Let?s face it: arguments about which fictional character is better than another one always boils down to who would win in a fight.

Given Solo?s track record in the original trilogy, it?s tough to argue that he?d take Jones in a fistfight, especially since roughly two-thirds of the Indiana Jones movies are entirely about Indy punching someone in the face or getting beaten within an inch of his life only to stand up and continue kicking ass. Solo only ever uses a blaster, which is not only a weapon every other character in the Star Wars universe has, but it?s countered by the fact that Indiana Jones also has a whip, which he uses to disarm people’s guns when he?s not busy punching them in the face. You could argue this one using grade-school semantics forever but it?s undeniable: Indiana Jones would kick Han Solo?s ass. ‘Nuff said.