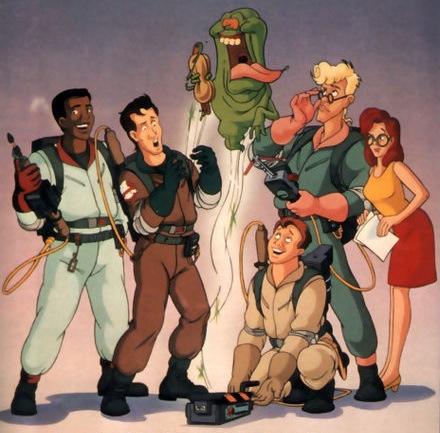 In reasonably exciting news, TV Shows on DVD is reporting that the much loved Real Ghostbusters cartoon?the one based on the movies, not the one with the ape?will be coming to DVD later this year. In bizarro news, the set will included 26 freakin’ discs, containing every episode of both The Real Ghostbusters and its inferior sequel, Slimer & the Real Ghostbusters. That’s 100+ episodes of animated ghostbusting action.

Now I know the cartoon is remembered fondly, but there are very few TV shows I’d buy a 26-disc set of, and I don’t think I know anyone in all my geeky travails who would put The Real Ghostbusters cartoon in their top 10 must-haves. Or more precisely, I don’t know who would want to pay what will at minimum be $150 for the Real Ghostbusters on DVD. I guess if you’re making six figures and are a huge Real Ghostbusters fan, then this is a pretty good day for you.