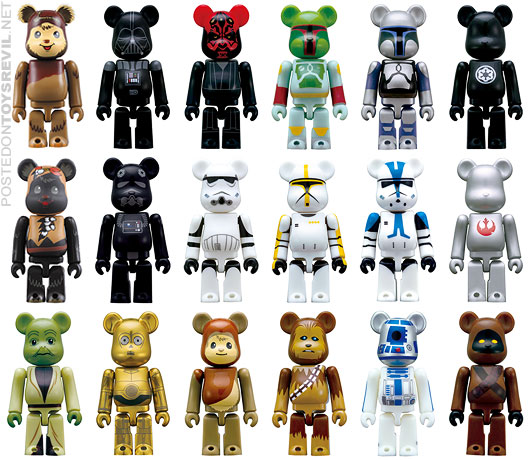 ‘Cause I got nuthin’. I mean, they don’t look so awful as to be hideous (with the possible exceptions of R2-D2 and the Shrek-like Yoda). There are a lot of them, but they come free with bottles of zero calorie Pepsi Nex in Japan, except for Wicket and Paploo, who’ll be sold at the Japanese Star Wars Celebration, according to the guru Toys R Evil. So…anyone got a good joke about these things? Anyone? Anyone? Bueller?