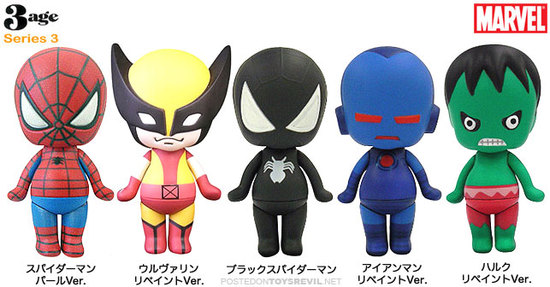 As at least 1/3rd of the Earth’s population has the license to make products based on Marvel comic properties, and about 50% of those people are making super-deformed figures of the Marvel heroes, I’m not all surprised that I somehow missed this 3-Age Marvel Heroes line (a.k.a. Jim Henson’s Marvel Babies) by Asunaro. These are apparently the third series, due in August. Frankly, all I can think about is how much I never want to know what’s in the Hulk’s diaper. (Via Toys R Evil)