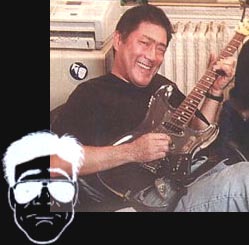 A big part of the reason we children of the ’80s love G.I. Joe is because of Larry Hama. He’s the one who wrote the file cards on the backs of the toy packaging, so he effectively gave all the characters’ their personalities. Plus, he wrote the G.I. Joe comic, which, much more than the cartoon, made the G.I. Joe world both action-packed and awesome?for instance, Snake Eyes is considered a bad-ass, but that’s because he was a badass in the comics much moreso than the cartoon.

Anyways, Hasbro granted the Joe comic rights to IDW, who were somehow forced to announce that 1) the comic will be a reboot of the Joe comic franchise, and 2) Larry Hama will be writing the damn thing. I don’t know why anyone would be surprised at the latter news?Hama was even called in to the Joe movie, and making a Joe comic without him would be like trying to make cereal without milk (why even bother?)?but having Hama restarting the Joe world/story is pretty damned awesome. IDW EiC/publisher Chris Ryall said it best:

That?s what we?re doing. And doing it with Larry, where he?s a two-decades-better storyteller than he was, and with the wisdom of years to think about what worked and what didn?t, is immensely exciting to me. Before, he was essentially making it up as he went. Now, he know what he wants to do, and is being given the freedom to do it.

As the kids like to say, “that shit be tight, yo.” Or something to that effect. also, on a side note?Larry Hama has a chin to rival Bruce Campbell’s. Holy shit. (Via Newsarama)