Menu
Home
>
Comics
>
SDCC: Other People Go to Panels So You (and I) Don’t Have to 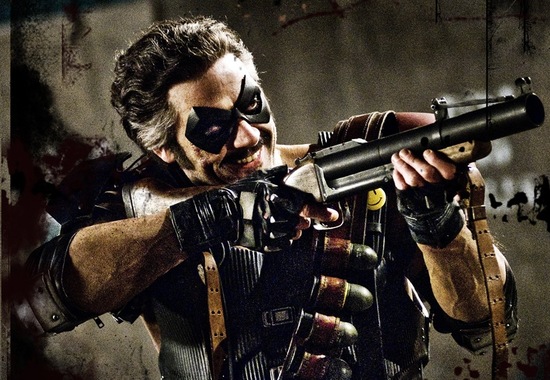 Some spoilers ahead, buckaroos.

? Comic Book Resources recaps the Watchmen movie panel, notable for having a much cooler movie trailer than what was released last week. No, it’s not available. Otherwise I’d be showing that instead of wasting my time typing.

? /Film recaps the Wolverine movie panel, with footage confirming Sabretooth, the Blob, Deadpool (played by Ryan Reynolds) and…Gambit. I don’t think I knew Gambit was in the film. In case you didn’t know either…there you go.

? ICV2 has an extremely brief round-up of news from the DC panel, which confirms that Barry Allen is back. Whoopideedoo.

? Last but not least, Newsarama recaps the Marvel “Your Universe” panel, which just kind of talked generically about the upcoming movies and a little bit about the videogames. Nothing especially groundbreaking was said, but when Ben Affleck was mentioned as a possible star of Captain America, the crowd booed. Oh, and a new Marvel Vs. Capcom was teased.