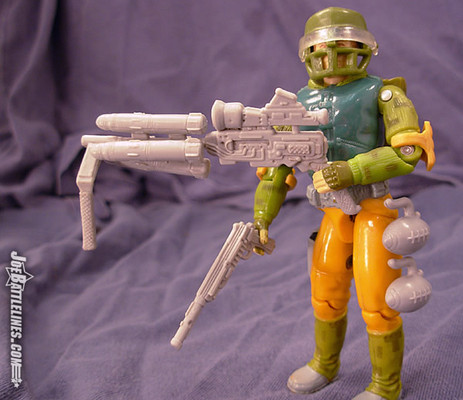 They?re the greatest military organization in the fictional world. They fight the deadliest organization on the planet. And yet, in terms of hiring, they don’t really seem to discriminate that much. Yeah, just about any jack-ass can get into G.I. Joe or its nemesis Cobra. From men wearing monocles but no shirts to professional wrestler Sgt. Slaughter, as long as you are willing to dress oddly and have some aggression to work out, it seems like either will hire you on the spot, no resum? needed. After some 25 years, both teams have certainly let in a few losers?and here are ten real American zeros that did nothing for the Joe/Cobra war, or the kids watching it. 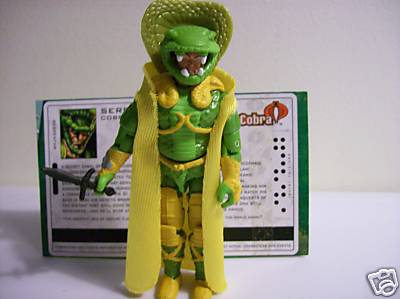 The first real misstep the G.I. Joe: A Real American Hero franchise took is when they replaced Cobra Commander. It certainly must have seemed like a great idea at the time?as C.C. was terrible at his job?and the premise was incredible. Taking the DNA from dead military leaders to produce the ultimate ruler? Amazing! But then Dr. Mindbender mixed up the warlord-juice, and the ultimate leader came strolling out in a snake costume that looked like it was from a cable access children?s show. We’re sorry for ever doubting you, Cobra Commander.

We know there are a lot of Chuckles fans out there, since he was the crazy soldier who wore the Hawaiian shirts and blew things up and was generally a psychopath we were lucky to have working on our side. But if you stop and think about it, Chuckles isn’t all that. His name sounds like he’s a circus clown, and his dress code was stupid even by G.I. Joe’s admittedly lax standards. And again, he was a wack-job, which we’re under the impression most armed forces generally hate. So add all those up, and what do you get? 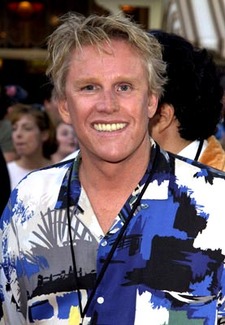 Yes, Gary Busey. Still a fan of Chuckles now? We thought so.

Chicago Bears mania had swept the nation in 1985, and Hasbro, with absolutely zero regard for any kind of coherence or decency in their combat toyline, introduced the Bears’ massive defensive lineman William ?Refrigerator? Perry into the Joe team with this all-too flattering (seriously, when was he ever this svelte?) 3 ?-inch version. While there’s no doubt Perry was tough, his weapon of choice was a metal football on a chain, which even the borderline retarded soldiers of Cobra should have realized was easily avoided if you didn’t get within 10 feet of him. Which should have been their policy anyways. 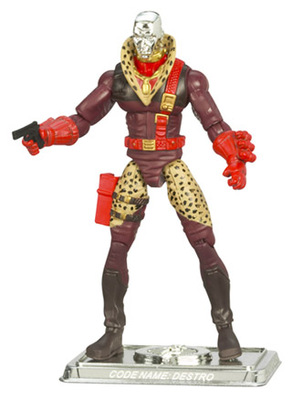 Oh, Destro. You’ve always been an awesome character as the mask-wearing arms dealer to Cobra, even if you wore a jacket with a huge collar and no shirt (much like Freddie Mercury). We suppose your fashion sense has always been suspect?which is why we shouldn’t be surprised at the above outfit, best known to Joe collectors as “Pimp Daddy” Destro. With its leopard-print highlights, it’s not at all suited to the battlefield, unless you count the battlefield that clearly was Destro’s twisted private life. There’s absolutely zero chance of a leopard-print thong not being under those leather pants. 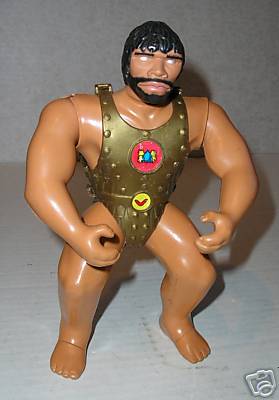 Okay, these louts weren’t at all part of the wacky war between G.I. Joe and Cobra, but they’re so bad, we had to mention them somewhere. In 1976, Hasbro added these Intruders as villains to their 12-inch Joe line. Despite the fact they look exactly like cavemen, Hasbro swore they were evil aliens from outer space who were super-smart and stuff. It?s almost like Hasbro wanted the toy line to fail, so they could start it over later. 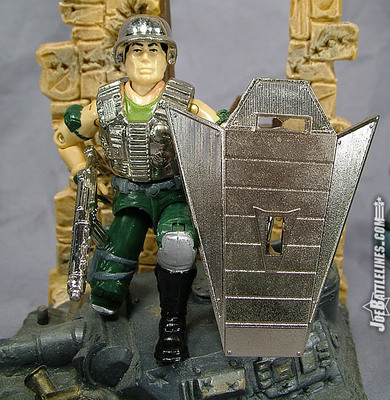 There is no connection between this extraordinary boring characters and the Broken Lizard movie or the Abba song, but either one might have helped. Just look at him and try not to imagine some tired Hasbro exec hastily throwing together a few recycled part from other Joes to make a new character for his boss so he can go home and drink. We hope it was worth it, Hasbro man. His only even slightly distinctive characteristic is his shiny armor, which only makes him look like an extra in a George Clinton video.

Having not learned their lesson from ?The Fridge?, Hasbro mined the whole military/NFL angle again in 1990 with this sad outing. The good Captain comes with a football uniform, football helmet and football shaped grenades, so he?s not exactly subtle or interesting. Best of all, even his fellow Joes found his love of football annoying?his card read that they wouldn’t let him play quarterback at the annual G.I. Joe Fish Fry football game. For a dude who wears a football helmet and bring football grenades into battle, that has to hurt like hell. Good. 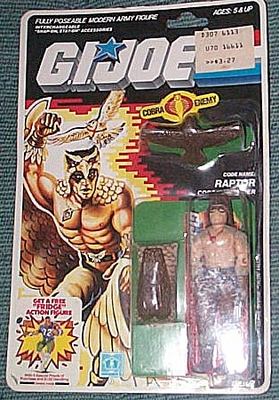 Easily the silliest looking member in Cobra ever?which is fucking saying something, people?even Dr. Mindbender, who wore a cape and a monocle and almost nothing else, could rip on this guy?s idiotic bird/accountant costume. Well before Harvey Birdman, Raptor was wearing an elaborate bird headdress and cape/wings, and carrying a legal briefcase. We’re sure Cobra certainly would have a hard time finding an accountant, what with being a terrorist organization and all, but sure they could do better than this jack-ass. 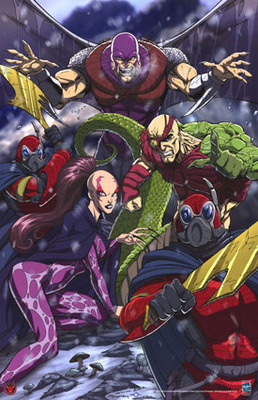 For all that Serpentor was a lame replacement for Cobra Commander, at least he had a good premise. So why on God’s green earth did Hasbro decide to make a bunch of ridiculous underground snake-people his boss? Everything about the G.I. Joe movie was dead-set on giving an incredibly stupid back story to the cartoon we had loved, and the fact that some half-snake idiot named Golobulus had been behind everything was the worst. Being voiced by Burgess Meredith only made us sadder. Hell, even Larry Hama thought Golobulus so lame he killed him on a G.I. Joe trading card, saying that he had been killed “in an avalanche.” That’s cold. But well-deserved. 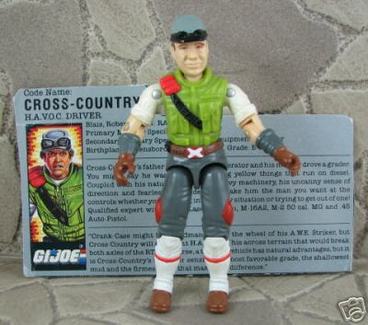 Yes, this is real?G.I. Joe’s driver of the H.A.V.O.C. had a huge a confederate flag on his back and a tool kit molded to his leg. The only thing keeping this from being a perfect redneck stereotype is a can of Skoal and a Nascar bumper sticker on the H.A.V.O.C.’s back.