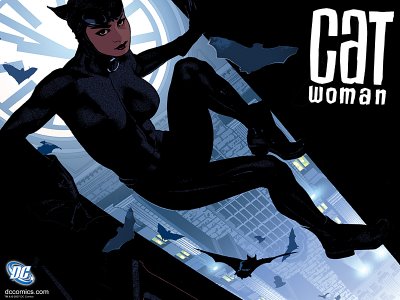 I’ve tried to avoid speculating about the villains in the next Batman movie, because it’s all currently bullshit. No one knows anything at this point, so anything anyone says is pure fantasy. But then the NY Post had a rumor so bat-shit insane I just had to mention it:

Oh, really? Jolie’s reps didn’t deign to respond to your gibberish? Go figure. Suffice to say, I have my doubts about this for several reasons.
? 1) I don’t believe Jolie and porn star Tera Patrick are friends. One works for children’s causes throughout the world, and the other gets paid to have multiple men fuck her in the ass. It doesn’t seem like their circles run together much.
? 2) Again, the third Batman movie script hasn’t been written or determined. There’s no villain for them to talk about.
? 3) Last but certainly not least, what on fuck would Angelina Jolie ask advice about from Tera Patrick? What possible insight could Tera Patrick possibly have about Catwoman that Academy Award-winning Jolie wouldn’t? How to act sexy? Just because Patrick fucks professionally does not mean that Jolie isn’t several billion times sexier than her.

So if anyone tells you Jolie is up for Catwoman, please hit them in the face, or at least tell them at this point, Meryl Streep is also technically in consideration, as the race hasn’t been announced yet. Hell, I’m also thinking about giving it a shot?at least I’d have a few things to learn from Tera Patrick about acting erotically while wearing leather outfits. I’m still a beginner. (Via Comic Book Resources)