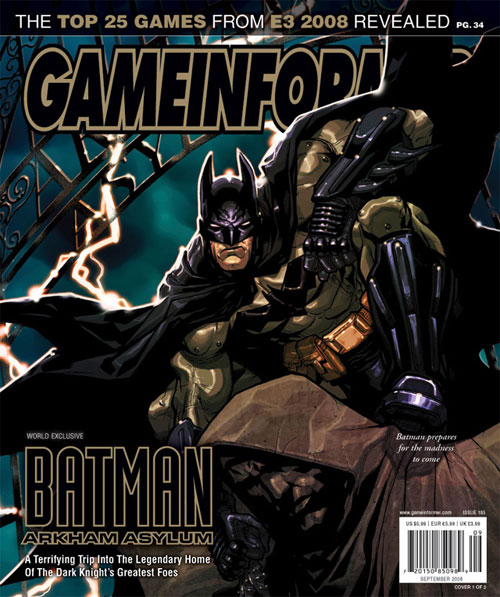 With all the hoopla about The Dark Knight videogame (or the lack thereof), Game Informer has some interesting news?a Batman comics game, titled Arkham Asylum, and written by Paul Dini. Instead of the big, full, free-roaming cities most superhero games have nowadays, this will take place entirely inside the famed loony bin, which the Joker has taken over, with a little help from the other few dozen supervillain inmates who want Batman dead. Sez Kotaku:

Gameplay won’t just be about combat, either. Batman’s a detective, see, so there’ll be investigative work (puzzles, etc) to be done as well, including extensive use of what sounds a lot like Metroid Prime’s scanning system. When combat is used, the emphasis will be on stealth and speed, and the game will only use three buttons: attack, stun and throw. Oh, and there’ll be boss battles too, some with a focus on combat, others playing out more like a Zelda boss battle, as you use particular tech or gadgets to bring them down.

How is it 2008 and we’re only now getting a Batman comics game? That’s the real insanity.