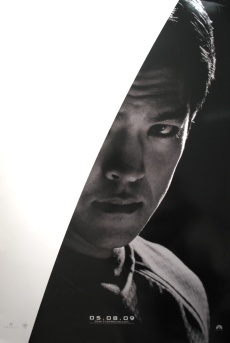 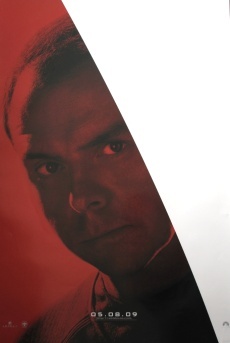 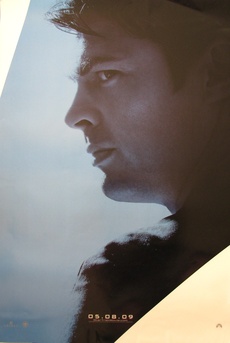 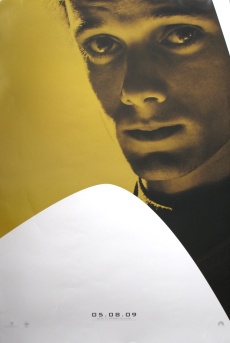 If you went to San Diego Comic Con, you had the chance to pick up four posters of the major stars of J.J. Abrams’ upcoming Star Trek flick (and, well, Uhura). If you didn’t have the scratch to attend SDCC and instead went to the cheaper Vegas Con this past weekend, you could get these four new Trek character posters as a consolation prize. Let’s run ’em down, shall we?

? I feel like John Cho looks a hell of a lot like Takei, and thus Sulu. I’m worried this makes me a racist or something. I hope not. I also hope Cho’s huge hair is toned down for the movie to be more Sulu-like.
? Speaking of hair, Simon Pegg’s receding hairline would seem to be at odds with his portrayal of a young Scotty, who had a nice set of it during the Trek TV series. Still, I’ll give him full points for not looking much like Pegg?it actually took me a minute to recognize him. Not having dyed blond hair or that little goatee makes a world of difference.
? Now, Karl Urban as McCoy…is it me, or does he look really young in this picture? Like, ten years younger than Scotty/Pegg? Still, the look of disdain in his face seems pleasantly Bones-ian, as if he’s just told someone he’s a doctor, and not something else.
? Last but not least is Anton Yelchin as Chekov. Yelchin very much looks to have Chekov’s wide eyes, but I doubt he has Water Koenig’s oddly shaped head.

It makes me uncomfortable to be running two Trek articles in a row. I’m going to have to find something goofy next. (Via Trek Movie)