Menu
Home
>
Movies
>
The Rambo Game of Our Dreams 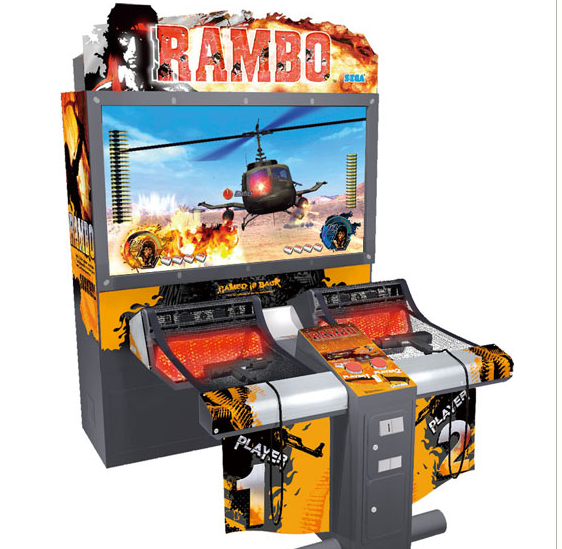 So Sega can’t make a decent Sonic the Hedgehog game to save their lives. No matter. Because they still, occasionally, churn out mind-shatteringly awesome arcade games once in a while, like this all-new, only-in-Japan Rambo shooting game. Why they made it now?a year after the fourth movie, which was mildly if pleasantly received?but fuck it, because you get to shoot exploding arrows at bad guys. Apparently, the game features a Rambo anger system which, when maxed out, allows you to kill as easy as breathing, which is pretty goddamn easy. I’d pray for this to come to American arcades, but since there are only like sic of those left in the continental United States, I’ll have to settle for praying for it to come to my local megaplex theater chain. And now I made myself sad. Check out Kotaku for a bevy of screenshots and the awesome logo.