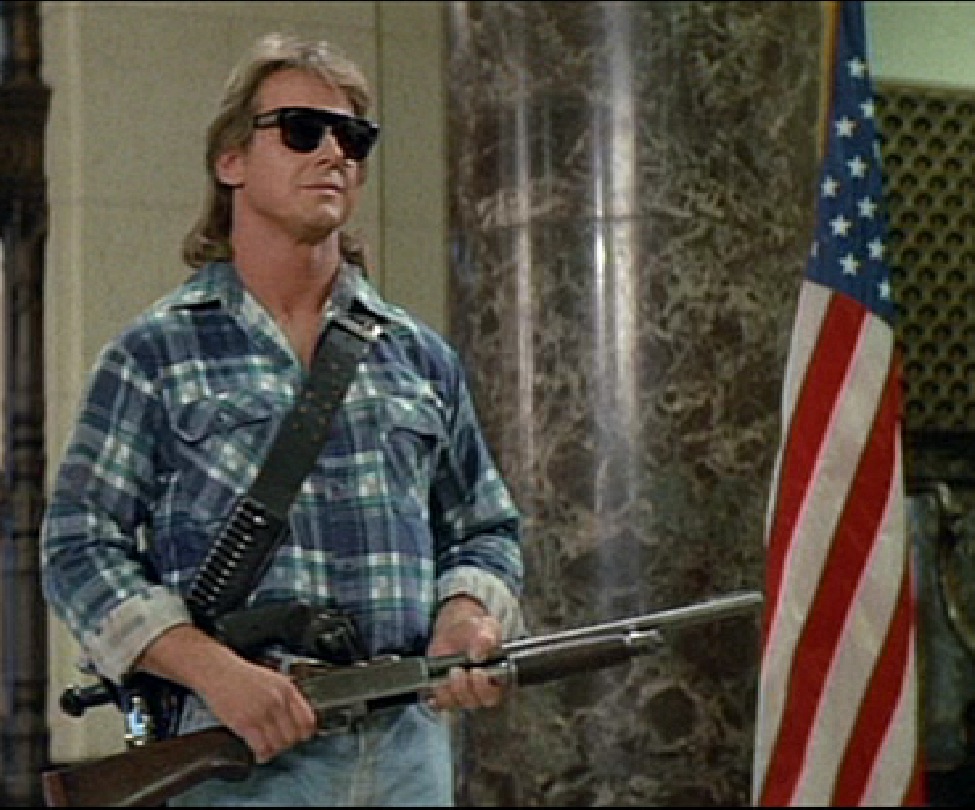 Quick, name John Carpenter’s best film. Halloween? Escape from New York? Starman? Big Trouble in Little China? The Thing? These are all excellent choices, and arguments detailing the merits of each have dominated the hallways of Chiller Theater conventions for years. But there is one entry in Carpenter’s impressive filmography that puts all of his other works to shame. It’s called They Live, and it’s the single greatest movie ever made in this or any other universe.

An adaptation of Ray Nelson’s short story “Eight O’Clock in Morning,” the film stars Roddy Piper as a wanderer who stumbles upon a pair of sunglasses that allow the wearer to see the world as it really is: overrun by aliens and subliminal messages that reinforce societal apathy and civil obedience. Written under the pseudonym Frank Armitage, Carpenter’s script is a pissed off reaction to living in Reagan’s America, with the aliens playing the cinematic equivalents of those who were in charge of a country that he didn’t recognize anymore–but a large chunk of the film’s enduring appeal can be chalked up to how it works equally as a sci-fi romp, a social satire and a cheesy action flick. Here are 8 reasons why They Live is such an epic.

Two notes: The name of Roddy Piper’s character is never mentioned, but is listed as Nada during the film’s end credits. I mention this because I will refer to Piper as Nada throughout the course of this list. Also, if you’re wondering what the hell this has to do with Thanksgiving, just be thankful you remain blissfully unaware of the aliens secretly controlling our all aspects of our existence. Happy Turkey Day!

Getting the prestigious “and” credit during the opening titles for his role as “The Street Preacher,” the late, great Raymond St. Jacques shines as a fearless holy man who literally goes down swinging when his shantytown is bulldozed by the cops. Delivering the immortal line “this world may have blinded me, but the Lord has let me see” as police officers deliver a beat down of Biblical proportions on him and his alien-hating scientist buddy. Jacques portrays cinema’s best and most badass minister. 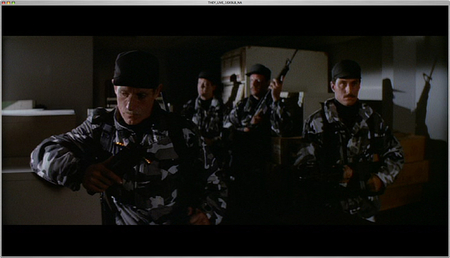 6) Nada Knows How to Treat a Lady

They Live’s most hilarious scene is when Nada loses his shit in the grocery store. Amused that the president is an alien (makes sense), he has a fateful run-in with a Joan Rivers-esque creature whose face apparently looks like it fell in the cheese dip back in 1957. I’m still not sure what the hell that line means, but it gets me every time. But as quickly as the laughs ensue, they subside when Nada is forced to contend with a cabal of otherworldly snitches ratting on him into their fancy-smanchy teleporting wrist watches.

Unfortunately, They Live‘s pirate broadcast explaining the growing divide between the wealthy and the poor now seems uncannily accurate. Sure, aliens probably aren’t responsible for the shite state of our economy, but it’s spooky how the scientist’s speech so perfectly mirrors current events. In turn, audio and video from the pirate broadcasting scenes are frequently sampled by culture jammers who realize that the flick is about way more than snappy one-liners and interminable fight scenes.

4) The Ending (Featuring an Alien in Mid-Coitus)

A master of the downbeat denouement, Carpenter’s films usually wrap things up with the shit hitting the fan. They Live doesn’t have Snake Plissken ripping up data tapes while the theme from American Bandstand wails in the background, but it’s a pretty dire affair nonetheless. Every main character dies, and even though Nada destroys the satellite broadcasting the alien signal, you can bet the revelation of evil E.T.s living amongst us caused some serious intergalactic chaos (we may even have gotten a glimpse of this if the promised They Live 2: Hypnowar ever went into production). That said, an alien having sex with a whore equals big laughs. Shockingly, the end isn’t on YouTube anymore, but the above bit of awesomeness is.

Best known as the lovable bum Red in the Back to the Future movies, George “Buck” Flower appeared in everything from a crappy Bigfoot film to Mighty Morphin’ Power Ranger TV episodes during his 35-year career. Like the aforementioned character actor great Raymond St. Jacques, Flower is dead now too. But making that a bit less of a bummer is the fact that his traitorous character in They Live is an unforgettable weasel. First seen commenting on rumors he hears about the impending end of the world, he is seemingly killed by the cops before reappearing in a tuxedo in the third act. Sure, it’s doubtful that aliens would see an unemployed layabout as a ripe candidate to be given a makeover into one of the “human power elite,” but plot holes mean, well, nada when Flower is delivering dialogue in his gruff and sleazy manner. The next time you have a drink, raise a glass to Mr. Flower. If there’s any justice, he’s in Heaven right now entertaining Jesus with anecdotes about Robert Zemeckis.

2) It’s the Most Quotable Movie Ever Made

While most people pick “I have come here to chew bubblegum and kick ass–and I’m all out of bubblegum,” as their favorite They Live quote, there are plenty others. Watch the above, and you’ll see than even Army of Darkness doesn’t quite compare. And I can’t mention enough the sheer pleasure that can be derived from dismissively declaring that “life’s a bitch and she’s back in heat” whenever I hear about something bad that just happened that I don’t care about. But that’s just me.

1) The Greatest Fight Scene of All Time

The first time I saw They Live, I was flipping through channels one friendless Saturday night in the early 1990s when I came across Rowdy Roddy Piper beating the shit out of the guy from The Thing for what seemed to be 20 minutes. Reportedly rehearsed for three weeks, the nearly 5 ? minute battle has become such a part of pop culture that South Park and Family Guy both parodied it (though let’s not hold that against it). There are those who say that this fight is overlong and it mak
es no sense that someone would so staunchly refuse to put on a pair of sunglasses. But then again, there are people who shoot puppies too, and I’m not a fan of those jackasses either. This scene is nothing short of a masterpiece–albeit an amazingly excessive one.