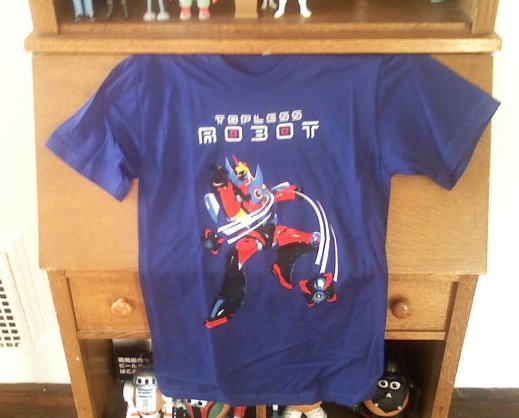 You said you wanted a Topless Robot t-shirt. Well, I hope you meant it, because I’m going to give one per week to one lucky TR commenter, at least until I run out of shirts. But this isn’t some hippie commune, people?you have to work to get your free shirt, and I’m going to tell you how: by writing your own Daily List entries.

That’s right. Every Friday, I’m going to give you a list topic. In the comments, you write one entry for the list. You’ll have all weekend. On Monday, I’ll pick the best entry, based on an entirely subjective scale of creativity, humor, intelligence, grammar, bribery and however the hell I’m feeling. This week’s topic:

? The Stupidest Fantasy Worlds Ever

What will you pick? Pern? Krull? One of the Final Fantasy worlds? Mercedes Lackey’s Velgarth, which is like a Lisa Frank trapper keeper cover, but with more homosexuality? Books, movies, TV shows, videogames and whatever are all open, so go for it. But there are a few rules:

? Make sure to say what book/book series/movie/TV show/game it’s from. You must also say the name of the world, unless it doesn’t have a proper name.
? Only one entry per person, so make it count. Feel free to comment on what people are posting, though.
? You can write your own version of an entry another person has picked, although it better be outstanding if you want to win.
? YOU MUST INCLUDE YOUR REAL E-MAIL ADDRESS in the field. Or else I’ll have no way to contact you to tell you if you won. If you don’t include it, you can’t possible win.
? There’s no word count, but if you make it too long it runs the risk of being boring.
? Right now, all the shirts are XL, although I have both blue and gray. Shut up, they’re free, you bastards.
? If you don’t win, don’t worry?I’ll be doing this contest for at least a few months. There’ll be plenty of chances to win.
? If you have other questions, I’ll answer them periodically in the comments.

And that’s it. Have it at it. And have fun. Or I swear to god I’ll throw all the shirts in the trash and take pictures of them just to make you all feel bad.