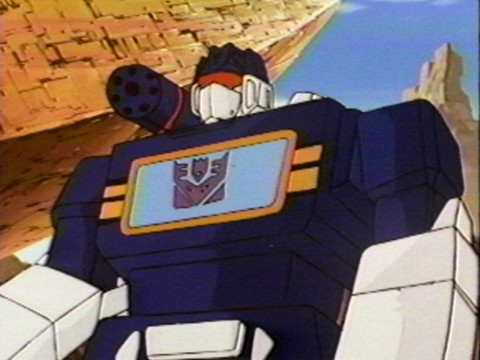 Seibertron has a crystal-clear pic of the Soundwave toy from Transformers 2: Revenge of the Fallen, and it’s kind of blowing my mind…in a good way. I’m ready to be optimistic, despite my misgivings from when we all saw the blurry pic of the toy. Hit the jump to learn more, or don’t hit it to wallow in ignorance. I don’t care. 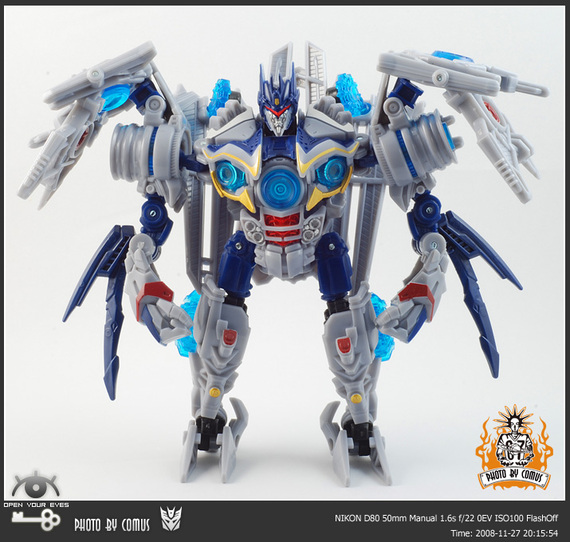 Okay, we know that Soundwave is a satellite in the movie, which while it really doesn’t jibe with his boombox origins, isn’t a bad idea based on his name and role as Communications bot. But here’s what this new picture has revealed to me–the movie Soundwave actually looks…well, a little like Soundwave. Check out his face–he’s got the long, single red eye, the mouth shield (kind of), the pointy head bits in the same place…it’s like someone actually wants Transformers fans to be happy. Bizarre!

And what I didn’t realize when the fuzzy pics of this toy came out last month, is that I think I’m actually going to be able to distinguish Soundwave from the other Transformers in the movie! He’s got those big wing things, he’s got a big circle in his tunny, and he’s got a blue color scheme–it’s like someone also realized that making all the robos look practically identical in their robot modes was a terrible fucking idea! Madness!

Holy shit. I’m not prepared for a Transformers movie made with minor competency and fan service. I can only pray that Soundwave pees on John Turturro…from space. Thanks to Timothy for the tip.