He-Fan Sevman (and I use that term endearingly, since I too am a crazed MotU fan) has actually done something about the terrifyingly nerdy argument currently dividing the MotU fan community. If you recall, some folks are very excited about the more articulated but retro-looking Masters of the Universe Classics line. Some folks, like myself, would kill several puppies to get highly articulated, better scaled and painted versions of the 2002 MotU line. And, apparently, some would like a blend of the two.

So Sevman mocked up what the latter two would look like. First, the actual, Mattel-made MotUC  He-Man figure currently available: 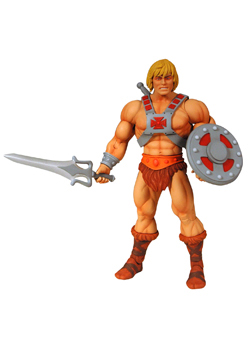 Yes, it’s not bad, but I still feel gypped paying $20 when they’re reusing body parts and pieces just like the ’80s line. Now, the Sevman-made mock-up of an articulated 2002 He-Man. 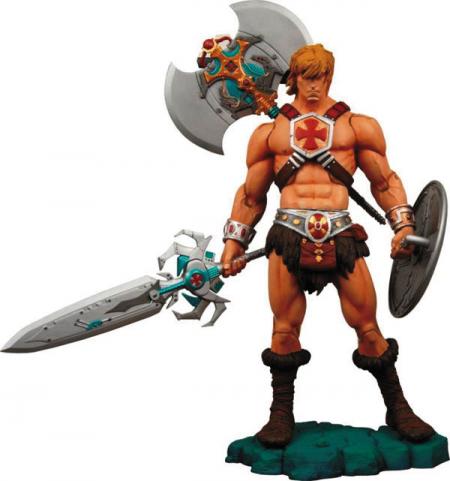 I honestly can’t believe this is an issue. This thing looks so awesome that I’m going to have to spend part of my day weeping. In fact, when Poe Ghostal sent me this pic yesterday, I had to wait until I calmed down to post it, which you might have noticed was nearly 24 hours later. Last but not least, the ’80s/’02 blend: 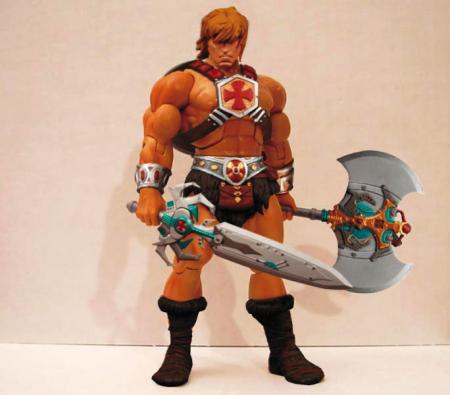 I actually like this one best, but that’s because it still mostly uses the cooler 2002 outfit and its better sculpts and better paint. Either this or the above would be much preferable over what was released. I can’t believe this is still an argument. Well, among other folks, because like any insane nerd, I’m happy to keep raising the argument until I get my way.