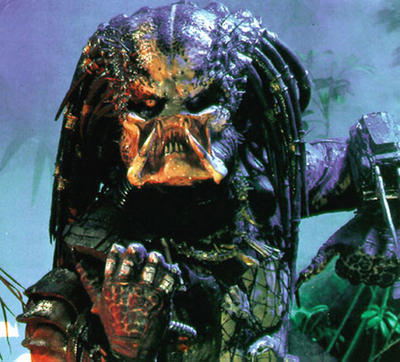 ? Fox is remaking Predator. Before you slits your wrists, it’s not quite as dire as some of the remakes floating about, in that it’s going to be produced by Robert Rodriguez and his studio, who wants to have a group of commandos fighting a whole race of Predators. It might not work out, but at least he wants to try something new. FilmDrunk thinks Jason Statham should star, and I 100% agree.

? There’s going to be a Ghost Rider sequel, because, well, for no fucking reason whatsoever. Nic Cage has already signed up, of course. (Via /film)

? The third Chronicles of Narnia film, abandoned by Disney, has been saved by Fox. Fox will pay for Voyage of the Dawn Treader, despite the second film grossing half of The Lion, The With and the Wardrobe, and the third film having almost none of the previous characters. I guess they had to blow their Watchmen settlement money somwhere. (Via Variety)