If you recall, Burnout Paradise had announced it was releasing pretty much the greatest DLC ever by adding the Back to the Future Delorean–complete with flaming tire tracks and hover action–to the game, along with three other mysterious cars: the Manhattan Spirit, the Carson Nighthawk and the Cavalry Bootlegger. Those who had money on ’em being the ECTO-1, KITT and General Lee, collect your bets! 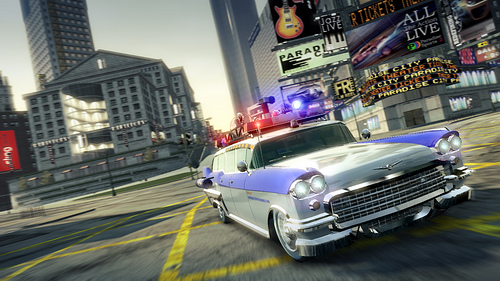 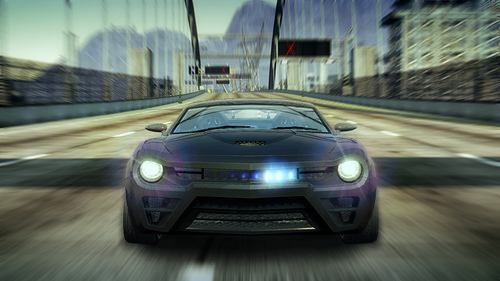 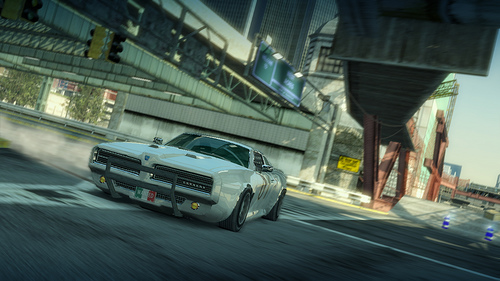 Note that the Nighthawk has a blue glowy thing in the middle instead of KITT’s red glowy thing, and the Bootlegger actually has a Mexican flag on its top instead of the astoundingly insensitive Confederate flag, but it does have the horn and is available in several colors, including orange. And apparently, the Spirit has some kind of special feature, but what that is I have no idea.