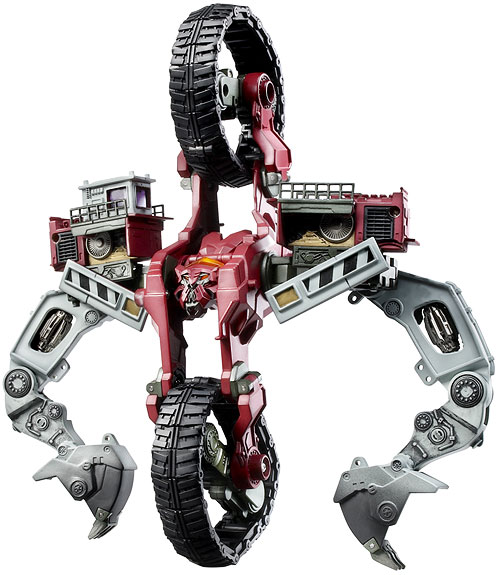 …but with another wheel on top. You’re looking at the toy of Demolisher, the bulldozer Decepticon that forms part of Devastator, and who features so prominently in the last Transformers: Revenge of the Fallen trailer. Demolisher set off quite the nerd fight in the comments the other day after I called him a robot unicycle; some folks saw his second wheel and called him a giant motorcycle robot. Well, here’s the product shot, straight from Hasbro, which proves that this menacing mechanical monster is in fact on a giant unicycle, but HAS ANOTHER FUCKING UNICYCLE GLUED TO HIS HEAD. The defense rests.