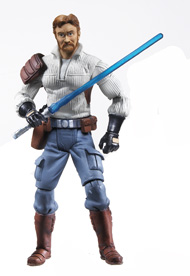 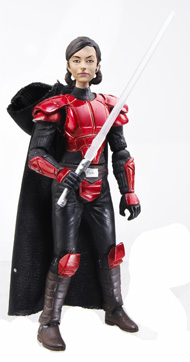 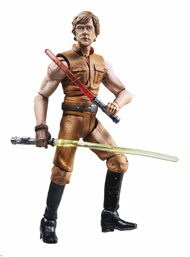 Oh, Hasbro. Don’t think you’re fooling us. We enjoy your comic two-packs, but we know full well that you’re usually giving us one good figure and one crap figure; we’ve accepted this. So here are the three new two-packs to come out of the New York Toy Fair:
? Kyle Katarn, Stormtrooper-murdering hero of the Dark Forces/Jedi Knight games, along with hulking Yuzhan Vong
? The sexy female imperial Knight Sigel Dare, with bad Sauron cosplayer Darth Krayt from the Star Wars Legacy comics
? A sexy, sleeveless Luke Skywalker, holding what apparently is a lightsaber shortsword and an unfortunately droopy yellow lightsaber, along with some chick called Lumiya, from some old Marvel comic
If you want to see the unseen, I recommend the official Star Wars blog’s Flickr account. Oh, and Dare isn’t a giant, it’s just how the pics worked out. Sorry for the confusion.