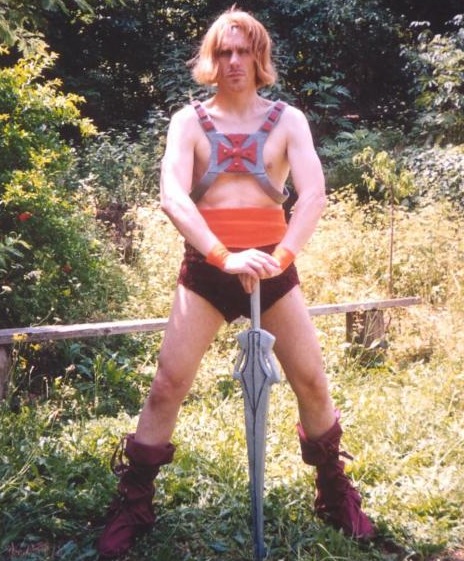 Back when the new Masters of the Universe movie was first announced, screenwriter Justin Marks has hired to write a script. This script was seen by nerds in places like Latino Review, who gushed about its awesomeness, and how Marks’ just “got” He-Man, both the character and the franchise. Which is why it should come as no surprise that Warner Bros. and Silver Pictures have thrown that script in the trash and hired some guy named Evan
Daugherty to write a new one.

If you haven’t heard of Daugherty, chances are you aren’t related to him. The only thing he has done has won some screenwriting contest called “Script Pimp” for an unproduced screenplay called Shrapnel. Now, before you say something about giving Daugherty the benefit of the doubt, listen to the Hollywood Reporter:

Landing “Grayskull” is a huge coup for Daugherty, whose only
writing credit is the unproduced screenplay “Shrapnel.” … He was living at his parents’ home at the time
and paying bills by doing freelance video editing.

…uh-huh. But that’s not even the upsetting part:

Warners sees the big-screen version as a gritty fantasy and
reimagines Adam as a soldier who sets off to find his destiny,
happening upon the magical world of Eternia. There, Skeletor has
raised a technological army and is bent on eradicating magic.

Ah yes! The evil sorcerer Skeletor hates magic, and thus uses robots — instead of, you know, all his evil henchmen, to get rid of that heroic astronaut He-Man. Maybe instead of the power sword, He-Man can get a magic gun, and the Wind Raider can be a jive-talking Transformer, and then we can have Dane Cook as Gwildor, and GODAMN MUTHERFUCKING FUCKING FUCKBALLS I WILL FUCK YOUR FUCKING FACES OFF GAH ARAR KILL RGHHHD2 R2TCC#@R#$ ^#^&#& %&$^*$*$*$^***(^