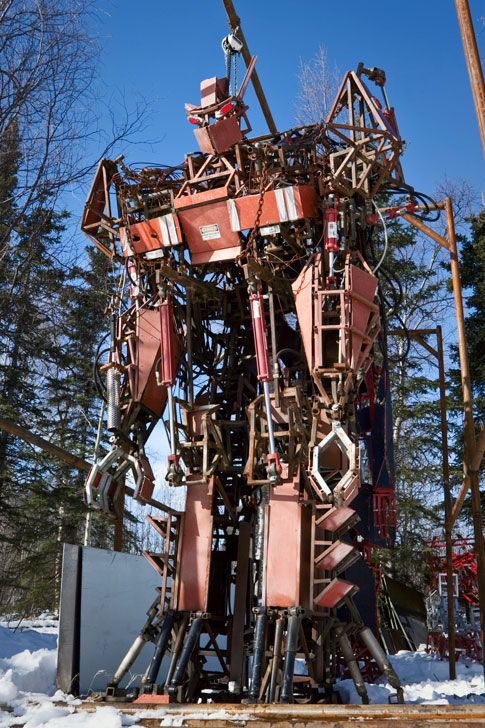 Japan won’t be taking over America anytime soon — not if Carlos Owens has anything to say about it. The Alaskan is building his own giant mecha in his home in Wasilla, probably not in response to Japan’s recent unveiling of their massive Gundam in Odaiba, since he started it in 2004. But when that Gundam lands in San Francisco with beam sabers in hand, Owens’ robot might be all we’ve got standing between us and eating ramen every night for dinner. Which is why it’s kind of a shame that Owens’ mech is only 18-feet tall, since the Gundam is 60-feet tall. On the other hand, Owens’ mecha can actually move its arms and bend its knees thanks to an intricate series of cables and hydralic cylinders, while the Gundam can only move it head a little (FOR NOW). God speed, Mr. Owens. And if you’re looking for a name for your mecha, might I suggest Maxter? I also think a big footbal helmet would be a nice look… Thanks to the glorious Glorious Cheese for the tip; see more pics here.